Q1. Is the $\sigma_\ce{C-H}$ bond a donor in this reaction? If not, then can we take the alternate combination (HOMO of alkene, LUMO of the $\ce{C-H}$ bond and, HOMO of the carbonyl)?

Q2. We can also draw the LUMO of the carbonyl group in the other possible manner(simply flip the shaded lobe on each atom, hence keeping the node). The reaction would then have to go through an antarafacial manner.

Why do we draw the LUMO in this manner?

First of all, a molecule only has one HOMO and LUMO. Don't confuse MOs with localized orbitals from VB theory.

You can basically approximate this mechanism with four MOs:

Now to your question:

Edit: As reference, I got the FMOs from a HF/6-31G calculation on a slightly simplified system: 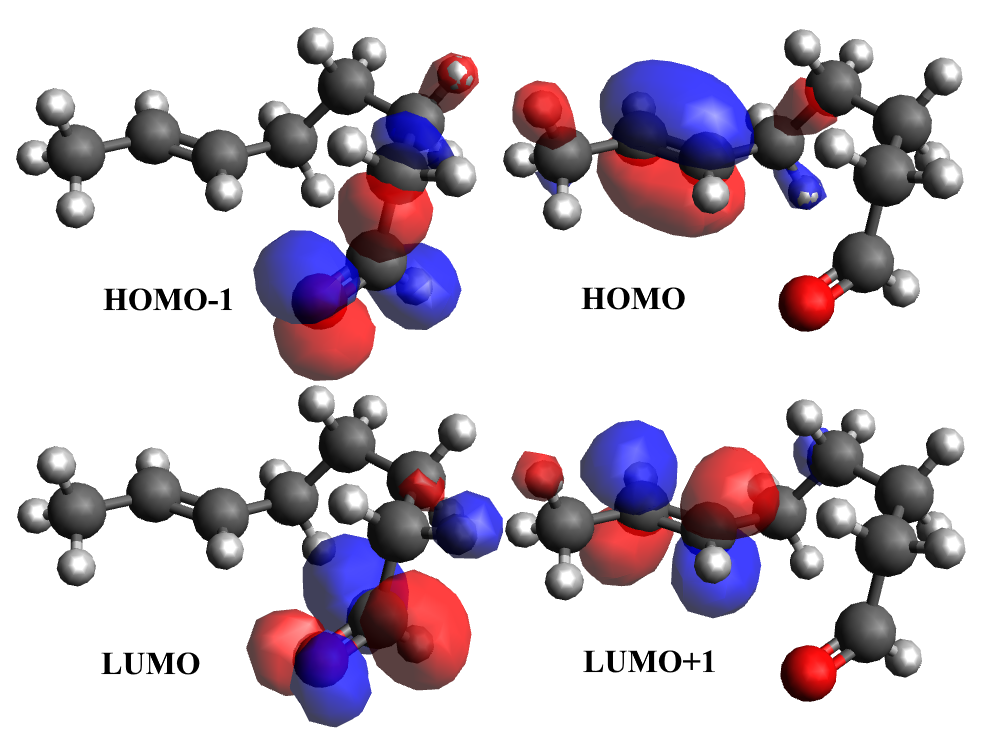 Not the answer you're looking for? Browse other questions tagged organic-chemistry molecular-orbital-theory pericyclic or ask your own question.

5
Why does basic peroxide react via conjugate addition rather than through direct addition?
12
Wittig versus Corey–Chaykovsky reaction
4
When is donation into an anti-bonding MO stabilising?
2
FMO analysis of the [3,3] Sigmatropic reaction regarding geometry. Is it accurate?
2
Half sigma bonds
5
Photochemical cycloaddition of ethene