How is this possible in mole concept? [closed]

Ask Question
Asked 5 months ago
Active 5 months ago
Viewed 74 times
-1
$\begingroup$
Closed. This question is off-topic. It is not currently accepting answers. 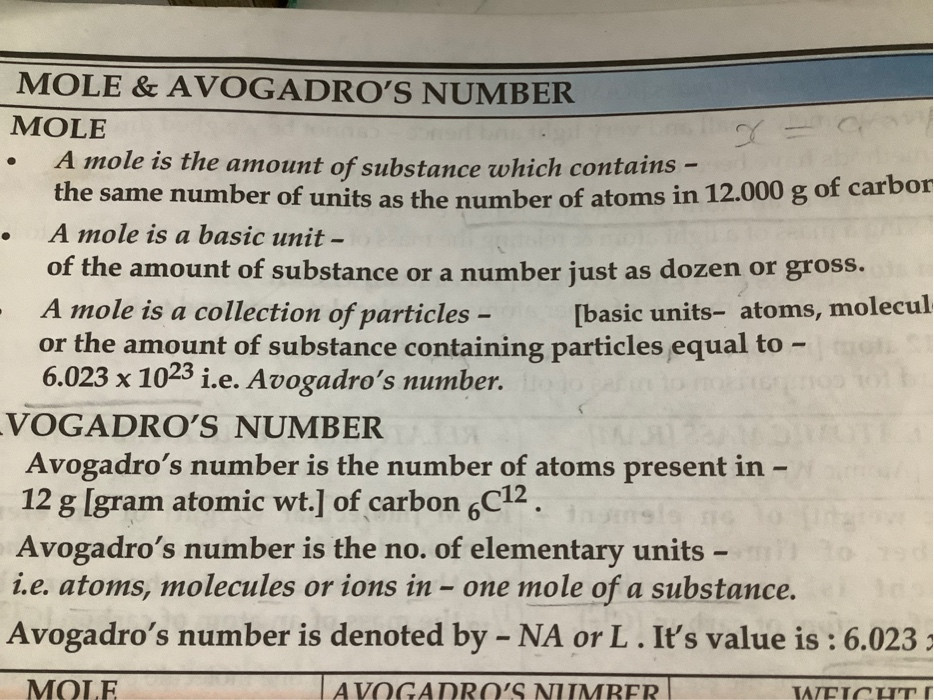 If I have one atom of oxygen , it has exactly L value.

Well , if we take a molecule made up of 2atoms or combined i.e ($O_2$It also has L value. How is that possible ?It has bigger size and probably more atoms.

Reference :Take a look at the table 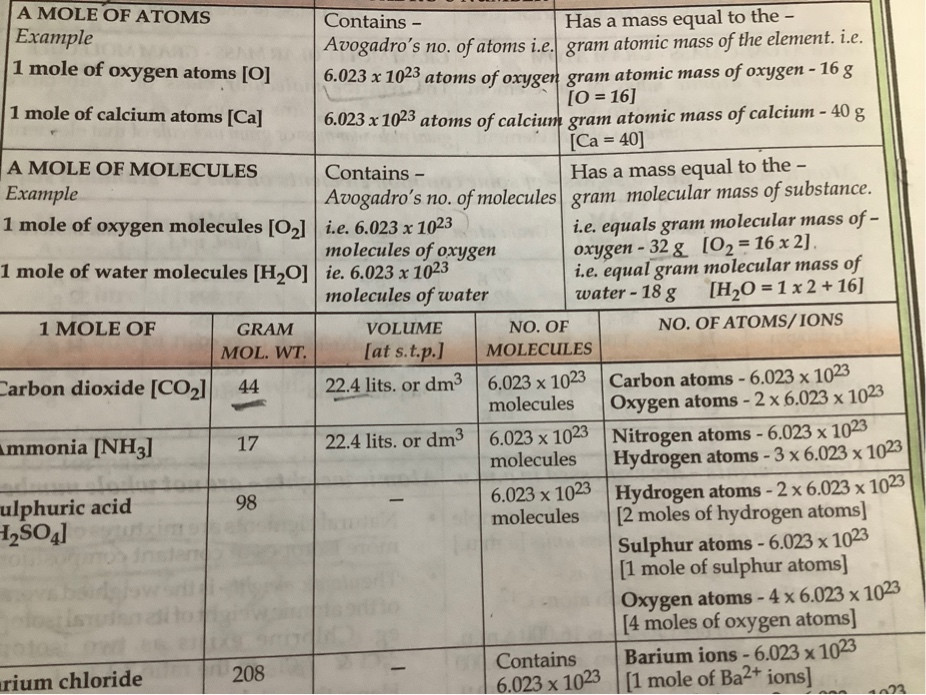 Sorry to see that this is your grade 10 textbook. This also means you have no choice but to use this book for passing public exams. Please don't use L or NA as a symbol.

If I have one atom of oxygen , it has exactly L value.

Loschmidt 's number, N, is defined as the number of atoms in gram-atom or the number of molecules in a gram-molecule.More than eighty different experimental determinations of this number have been made [i], and as it is a basic atomic constant its most probable value is of great importance in atomic physics. It is, therefore, the purpose of this article to outline the main methods by which Loschmidťs number has been evaluated, and to give some indication of current opinions of its most probable value

1 This number is frequently referred to as " Avogadro's Number/' the term " Loschmidťs Number " being then reserved for the number of mole- cules in a cubic centimetre of a gas under standard conditions. Unfortunately, these designations are often interchanged. Avogadro's important hypothesis on the identity of the numbers of molecules in equal volumes of different gases at the same pressure and temperature was formulated in 1811, and is appropriately associated with his name ; but Avogadro made no quantitative estimate of either of the above-mentioned constants. The first actual estimate of the number of molecules in one cubic centimetre of a gas under standard conditions was made in 1865 by Loschmidt, and from this the number of molecules (atoms) in a gram molecule (atom) was later evaluated. From the quantitative view-point it thus seems preferable to speak of " Loschmidťs number per gram-molecule (atom)/' and of " Loschmidťs number per cubic centimetre," as is almost invariably done in the German scientific literature. This terminology avoids ambiguity, and has been adopted here.

You can see here your textbook is using the symbolism of 1930s or earlier.

A mole is just a number, but you have to specify what you are counting

Aside from problematic issues about how your textbook is explaining things, the central misunderstanding arises because you need to specify what you are counting when you say there is a mole of something.

This is not a problem unique to chemistry. If you count eggs, for example, you might use a dozen eggs (a dozen is just a signifier for 12 of anything) to make one (large) omelette. There is no confusion if you are clear about what you are counting, omelettes or eggs.

A mole is just a number, like a dozen (but a lot bigger). Indeed, you could have a mole (the number) of moles (the small burrowing mammal) but this would be enough matter to form a small planet.

Not the answer you're looking for? Browse other questions tagged physical-chemistry gas-laws atoms molecules mole or ask your own question.

4
Z* effective charge and Ionization Energy
1
Wasn't Rutherford's assumption of gold foil to be made of single layer wrong?
4
Is a single carbon atom stable?
28
Why do atoms “want” to have a full outer shell?
49
Why is an S-S bond stronger than an O-O bond?
0
How isotopes atomic mass was defined?
0
Software that determines whether a molecule can exist and draw it from a formula?
6
The concept of normal coordinates of a molecule
23
What has been the accepted value for the Avogadro constant in the “CRC Handbook of Chemistry and Physics” over the years?