How to compare electrical conductivity of ionic liquids and aqueous electrolytes

I am trying to compare the electrical conductivity of selected ionic liquids (ILs) and aqueous electrolytes. 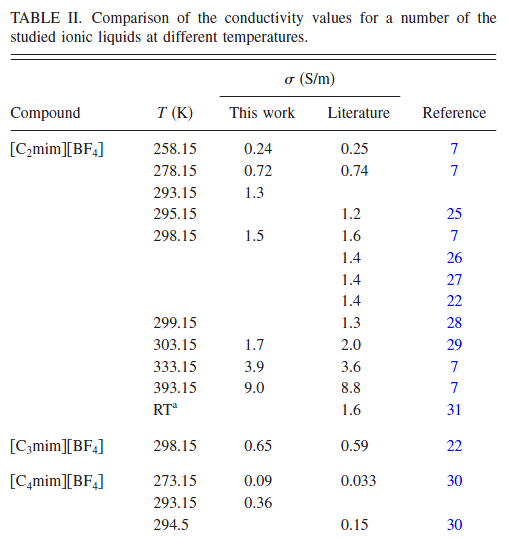 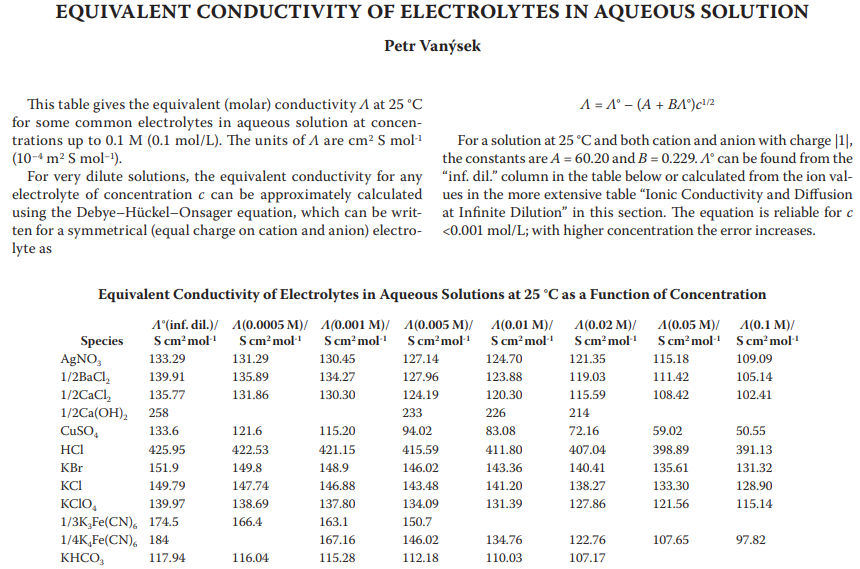 How can I compare the electrical conductivities of ionic liquids and aqueous electrolytes?

No, it is an apple to orange comparison. Ley et al. are changing the frequencies and in the molar conductivity measurements you do not know what was the current frequency. It is usually measured at 1 kHz if I remember correctly. Similarly, S/m cannot be changed to Scm^2/mol. You can indeed calculate the molarity of pure ionic liquids. The molarity of pure water is ~ 55 M. You should know the moles and the volume of the IL, but there is no point in calculating it.

You need to some heavy literature search. People have actually measured molar conductivity of ILs. Also note that many ILs are not water soluble so you have narrow down your choice and goals. Why are you comparing the conductivities to begin with? See this paper "On the concept of ionicity in ionic liquids" in Phys. Chem. Chem. Phys., 2009, 11, 4962–4967.

Not the answer you're looking for? Browse other questions tagged conductivity or ask your own question.