The book Cholinesterases and Anticholinesterase Agents gives examples of bis-quaternary aromatic compounds that are capable of inhibiting acetylcholinesterase. Page 400 gives examples of some such compounds, designated 2842CT, 3443CT, 3116CT, 3152CT, and 3113CT. The first three are neither organophosphates nor carbamates, while the last two are carbamates. The book goes on to list other bis-quaternary aromatic compounds that have anticholinesterase activity, but does not mention whether they can act directly on acetylcholine receptors. Are they capable of acting on ACh receptors directly, whether as direct agonists or antagonists? 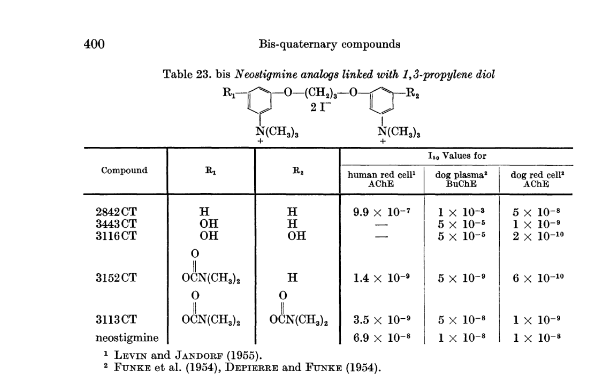