What is the precision of intensity data in XRD measurement?

I made some relative crystallinity measurements on a zeolite (crystalline aluminosilicate). Which is measured for a specific peak area and compared with a reference sample.

The XRD of powder patterns were recorded using Malvern PANalytical X’Pert PRO Diffractometer with CuKα radiation. The patterns are collected over a range of 3-60 °2θ with a time per step of 0.017 °s-1 using a quarter° divergence slit. In this setup the sample is rotated during measurement. I use Origin for integrated area peak calculation for 21-33 °2θ and the reference sample is made to 100%. We try to reduce the sample thickness error by putting the same mass quantity in all the holders.

I obtained some discrepancy within the data, within a 4% margin. I'm trying to find in the literature what is the margin of error when measuring intensity with XRD.

In short: what does the manual of your diffractometer claim? Were you able to replicate its standards in first place?

The peak area depends both on the peak's height and width. But this is difficult to answer because your question does not detail how data were recorded in first place. Beside content (elements) and quality of your sample (remaining mechanical stress, orientation / size / shape of the crystallites, sample thickness), temperature and pressure while recording the data, the peak area will depend on the source (e.g., wavelength monochromators, slits widths on source and detector), type of detector, i.e. if a point detector was used moving around the sample, or a fixed image plate / area detector and data processing (e.g., how do you account for background intensity, (how) do you deconvolute peaks in question). 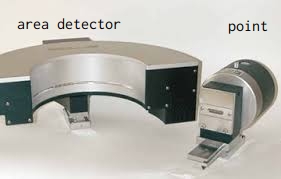 If you opted for an area detector recording all intensities along $2\theta$ simultaneously, was it the same as for your reference sample? You are set by the geometry and the inner design of this detector (pixel size and response to the radiation used) on $2\theta$-resolution and may improve intensity resolution only by change of the time of the exposure.

With a point detector, you are less limited for angular resolution because the detector may travel as far around the capillary or rotating dish as mechanics permit in tiny steps. Large machines 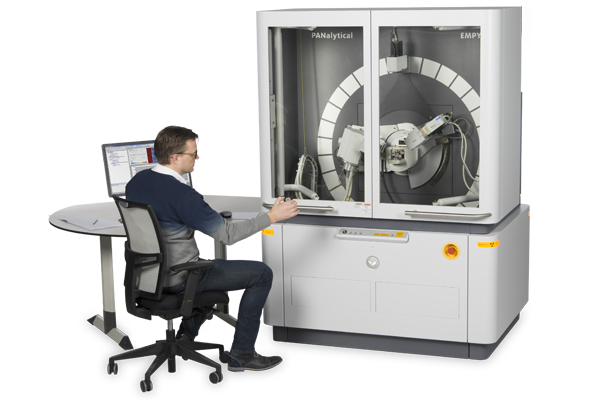 claim increments down to steps of 0.0001° (reference) which may equate to only one experiment per day but likely better peak resolution (think peak deconvolution), potentially with a much better signal/noise ratio than the area detector, especially if the sweep is recorded more than once.

3
Elastic scattering of x rays in 3D: the principle for XRD analysis
3
Volcano plots: How is the data fitted?
5
What does it mean to say "the 222 space group"?
9
What is the quantum mechanical explanation of X-ray diffraction?
5
What is the diagram of the roto-inversion of $\bar 6$?
5
What is the Crystal System of MoS2?
0
What is the origin of the Quadratic factor in calculation of XRD peaks?
5
What do sequence numbers in PDB files actually mean and why don't they match the sequence?