Why do Rydberg atoms have electrons that can transition above the first ionization energy?

Why do Rydberg atoms have electrons that can transition above the first ionization energy?

This can only happen in a multi-electron system but I don't see how the Rydberg formula would even work for n = infinity + 1. I thought it might have to do with the second ionization energy but the definition of that is just another electron being ionized not anything above the first ionization energy.

A useful concept in Rydberg atoms is the notion of a channel. This concept is borrowed from scattering theory and describes all solutions of the Schrodinger equation for the scattering of the Rydberg electron of specified angular momentum with the ionic core in a certain energetic state. The bound Rydberg states correspond to scattering at negative energy and the scattering at positive energy corresponds to the ion-electron continuum of the channel.

If the ion has multiple electrons, it can have several excited states. Each of these excited states can form a channel. The energy of a Rydberg electron is given by

Where $E_\text{IP}$ is the first ionization energy, $E'$ is the excitation energy of the ionic core, $R$ is the mass-corrected Rydberg constant, $n$ is the principal quantum number and $\delta_\ell$ is the quantum defect for a Rydberg electron with orbital angular momentum $\ell$. 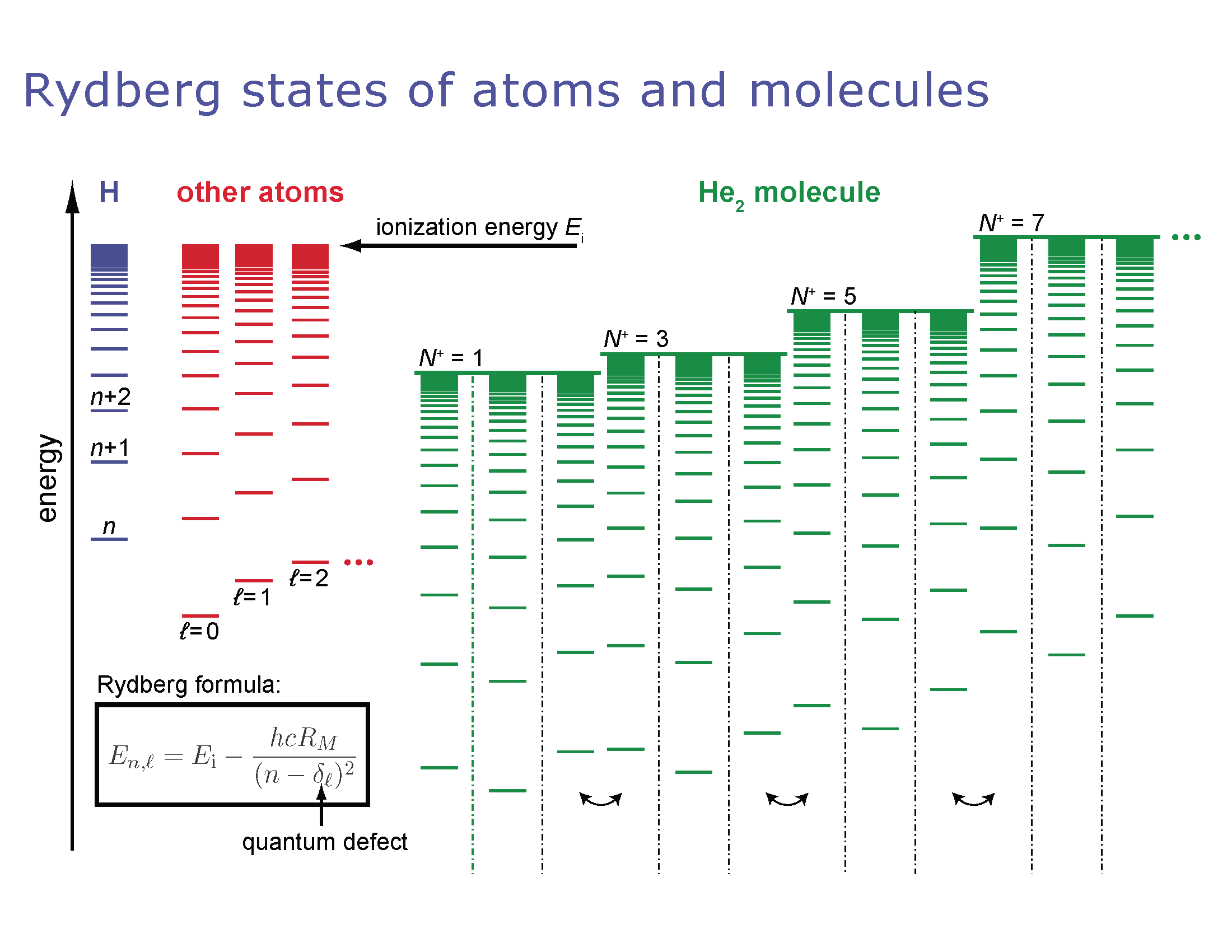 Not the answer you're looking for? Browse other questions tagged physical-chemistry quantum-chemistry theoretical-chemistry atoms or ask your own question.

3
Why does helium seem to exhibit an ionization energy affected by the shielding of electrons?
2
Why does ionization violate the stable or lowest energy rule in atoms?
1
How to calculate atomic number of an atom when wavelength is known?
14
After a unitary transformation, is Koopmans' theorem still valid?
6
How can I reach the two minima connected by a first-order saddle point (transition state) using the Gaussian Software
13
What is a “hydrogen-like” or “hydrogenic” atom?
1
How does the screening effect work for orbital in the same shell?