I'm struggling to understand why the following organic compound: 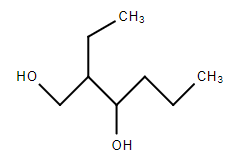 is named systemically as 2-ethylhexane-1,3-diol (I think its common name is etohexadiol), if the longest carbon chain in the molecule is actually 7 carbons long, as labelled here: 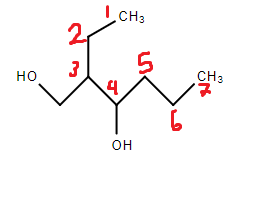 Wouldn't the compound have a hydroxymethyl group on the 3rd carbon and a hydroxy group on the 4th? Or do I just have some big misconception about naming alcohols (very possible).

Thanks for any help anyone can give!

I'll be using the brief guide to the nomenclature of Organic Chemistry as a reference, because I could not gain access to the blue book. This source suffices for this nomenclature example.

The systematic name is based on the name of the senior parent compound, which is chosen by applying the following criteria in the order described below and shown in Fig. 1, until a decision is reached. For a complete set of criteria see Ref. [8]. 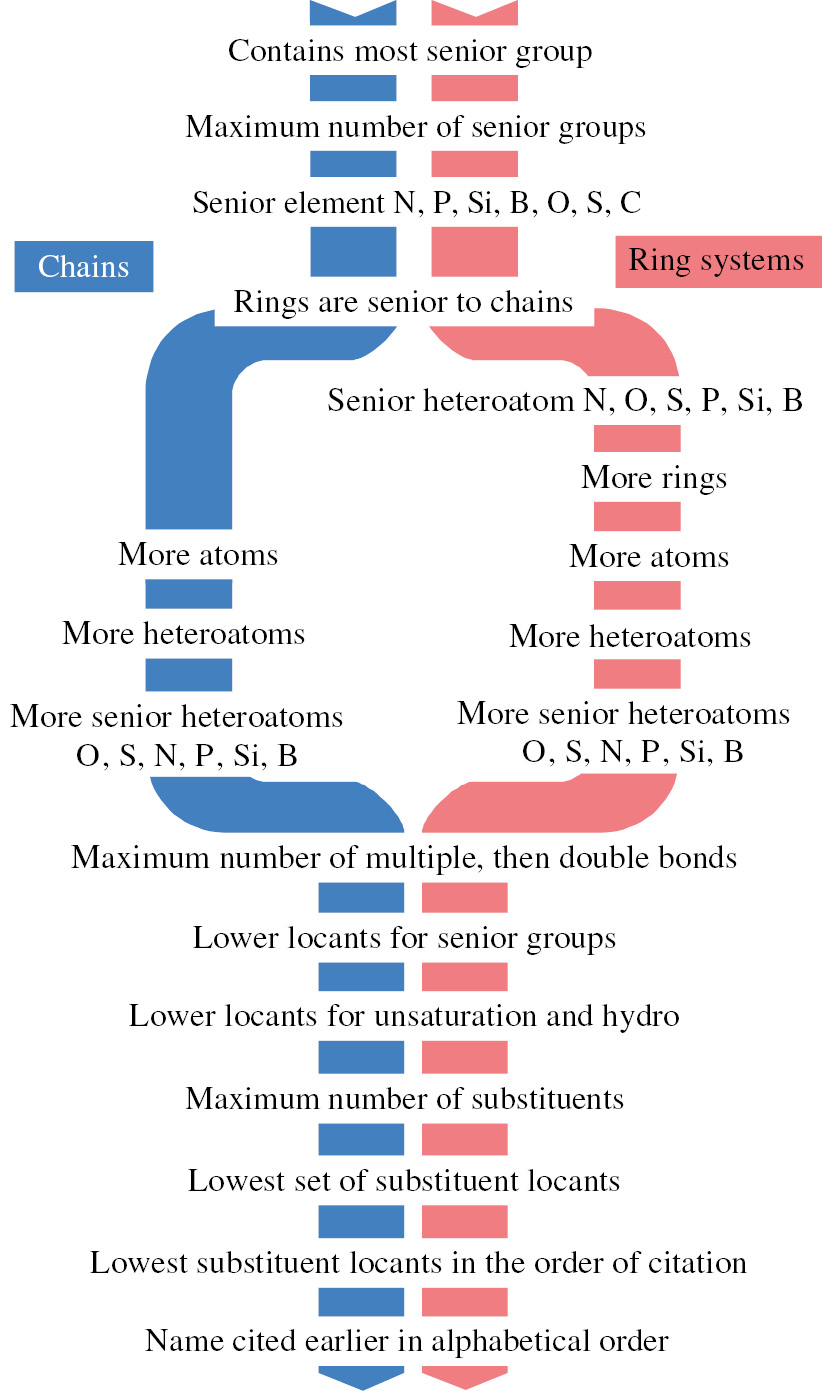 After identifying the parent chain, it is easy to name the locants such that the seniormost groups get lower locants; As you have written, the name would finally be 2-ethylhexane-1,3-diol.

This image is possibly more detailed than this question requires, but the image and the linked reference are good resources, should you need more information on naming tricky compounds.

Not the answer you're looking for? Browse other questions tagged organic-chemistry nomenclature alcohols or ask your own question.

2
Nomenclature with Complex Substituents
2
Nomenclature of a poly-nitrile
13
How do I name a molecule with a compound substituent?
0
How to determine from the formula that there is a phenyl group present in the molecule?
3
How to name molecules with a hydroxyl group in a side chain?
2
IUPAC Nomenclature for aldehyde
3
Carboxylic Acid Nomenclature
2
What should be the name of the given compound?
1
Nomenclature of aldehydes with double bonds and stereoisomerism