I saw the MO diagram for a NH3 molecule but couldn't understand why the combined atomic orbitals were in the positions they were, and if these positions were fixed. 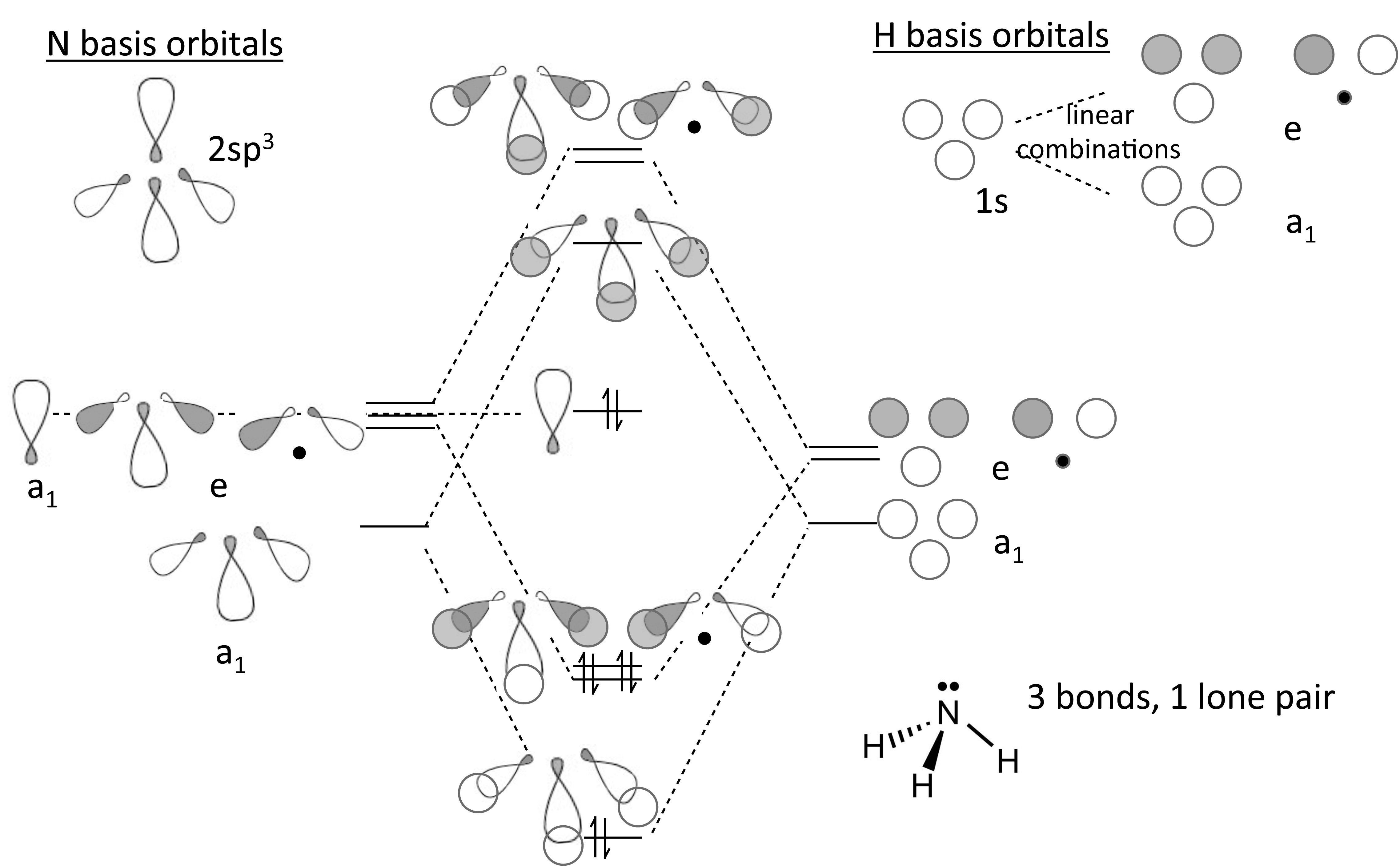 Why is the sigma anti bonding lower in energy than the pi anti-bonding? Is it something you have to learn off by heart for each common molecule?

In the strictest sense, the orbital energies are simply eigenvalues of the multi-electron Schrödinger equation; unfortunately, the multi-electron Hamiltonian takes a nasty form and is impossible for us to solve exactly, so we can't get any insight on the energies from that approach...

Instead we inadvertently resort to LCAO-based methods, whereby exploiting symmetry the interacting atomic (or symmetry) orbitals can form molecular orbitals of the correct form. The energy of these is another issue; for some back-of-the-envelope calculations, severe approximations such as Hückel MO theory can be useful for a rough idea, but more accurate estimates just require much more complicated computational methods (e.g. the acclaimed Hartree-Fock).

As these methods resort to a large basis of AOs (and not just the simplified 2 AOs mix in- and out-of-phase to give 2 MOs picture) and other complications such as electron correlation, I'm afraid there is no simple rule to give an accurate enough estimate unless thorough calculations are made. So, to forwardly answer your question, rather impractically we can't know a priori the ordering of the orbitals in the general case.

Certain semi-empirical rules (based on the experience from multiple common systems and "chemical intuition") exist, such as the (often useful) approximation formulated for organic molecules $\sigma < \pi < l.p. < \pi^* <\sigma^*$ though this is very rough and suitable for organic systems, usually.

In the case of ammonia (as given in the question) a particular ordering is found; it should be noted that the two types of bonding interactions are both $\sigma$-interactions (i.e. locally cylindrically symmetric; there is no nodal plane within each individual bond). Despite the double degeneracy, the $e$ set still constitutes a $\sigma$-type MO (with a node in the overall MO shape, rationalising a higher energy than the $a_1$); so the ordering in ammonia is $\sigma_{a_1} < \sigma_e < lp_{a_1} < \sigma_{a_1}^* < \sigma_e^*$ -not so counter-intuitive after all, just different types of $\sigma$ MOs possessing different energies. (As a sidenote, the doubly deg. $\sigma_e^*$ are those allowing ammonia to act as a weak $\pi$-acceptor, placing it higher than simple $\sigma$-donors in the spectrochemical series.)

Summary: MO energy calculation especially in polyatomic species is hard and done with complex computational methods. Unfortunately, then, we can't have a general rule for the energy ordering in advance. However, often we can make educated guesses in analogy to systems we have already seen.

Not the answer you're looking for? Browse other questions tagged inorganic-chemistry molecular-orbital-theory molecular-structure or ask your own question.