Is there an experimental way of measuring the critical concentration of pigment in paint?

With an assigned, generally paint-based, experimental project I've been looking up CPVC or critical pigment volume concentration in binders. CPVC defines the point of addition of pigments after which follows a severe drop in blistering and increase in rusting on the applied surface due to the pigment not while binding with the binder having voids in it. But going past the critical point can also make the paint fragment and crumble or maybe even lose just some of its pigment, in conclusion lose efficiency.

With the 'ρ' standing for the specific gravity of the pigment, 'K' specific gravity of the binder and 'OA' which is the oil absorbent number of the pigment depended of the exact pigment and the binder. But excluding it is there a way that a clear mixture of paint without any additions like extenders for example and just acrylic polymer binder and an inorganic pigment type can be used to calculate the near CPVC of it. Can it maybe be done by centrifuging a dry paint sample in a centrifuge tube and later sampling the super natant that will contain an ammount of pigment and binder that would dissolve in it and fall apart from the rest of the paint and quantitatively analysing it in a high performance liquid chromatograher? By increasing temperature or the pH it could also affect the stability (the CPVC) so can that method be used effectevly? Is there a better one and not by just assuming the CPVC by observing the paint on a wall?

Any help could be really helpful sense im young and do not know the process well, only by researching the concept itself, and it's hard to find details and think of a valid project idea.

An image of the CPVC effect is shown in the diagram below. The red color is the binder, the black is the pigment and the white is air (because there is not enough binder to coat all the pigment). The lines depict the change in properties you would expect, and you already have the formula to correlate the paint properties with the raw material properties.

BTW, economics generally suggests maximizing the inexpensive pigment/filler concentration, but adding too much increases permeability to water, which is bad in the case of metals which might corrode. On the other hand, blistering can be caused by corrosion of the substrate which then disadheres some of the film if it is too rich in binder; blistering is minimized by allowing the film to break a little. Of course, then corrosion continues - you just don't see it as much until it is too far gone. The best paint will protect from corrosion with low permeability and without disadhering.

So, how to measure a property related to CPVC if you can't pick one of these? First, you need some of the paint film; I assume you can start with the plain binder and add different amounts of the pigment/filler. Mix well, do not incorporate unnecessary air bubbles when mixing. Cast a film of constant thickness on aluminum foil by using a threaded rod; let the paint dry. 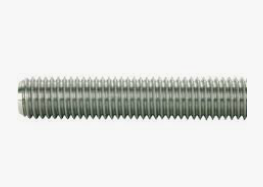 Then do your experiments!

And try coming up with some more tests!

Not the answer you're looking for? Browse other questions tagged experimental-chemistry polymers or ask your own question.

9
A quick method for separating liquids?
0
Copper Sulfate Pentahydrate experiment, help please?
5
What are appropriate techniques to ensure homogeneous solidification of an agar-based aqueous solution?
2
Simple alternative to UNIFAC to prove that a mixture containing 1ml of x and 5 litres of propylene glycol is not flammable?
0
Why does steam distillation work?