This is the raman spectrum of the black cap:

I was expecting it to be Polypropylene but the peaks didn't match in wave numbers. Anyone got idea what kind of plastic has that peaks on the side of 1500? 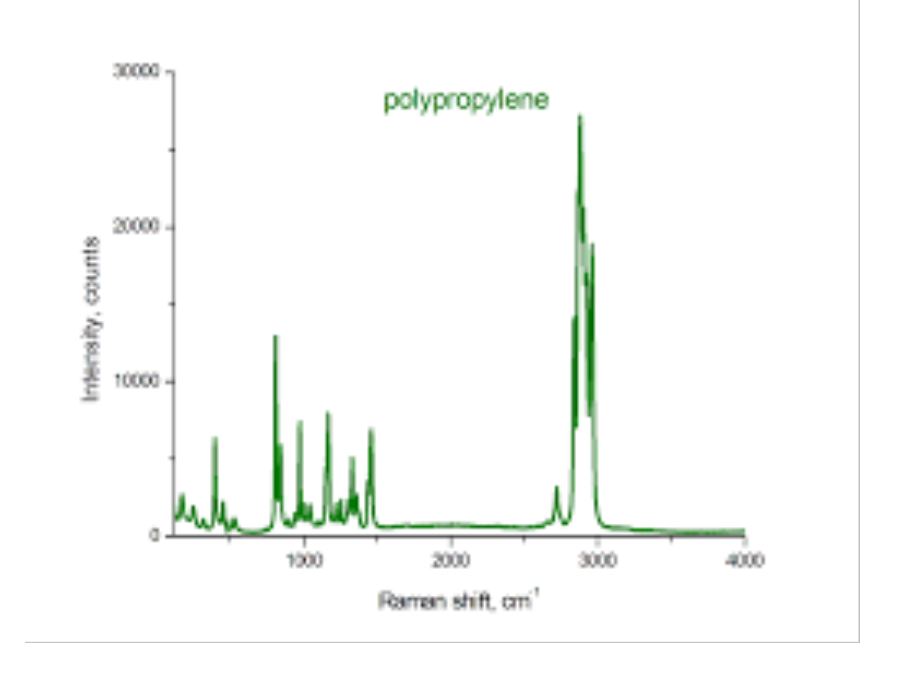 When I tried the raman analyzer on the clear housing. 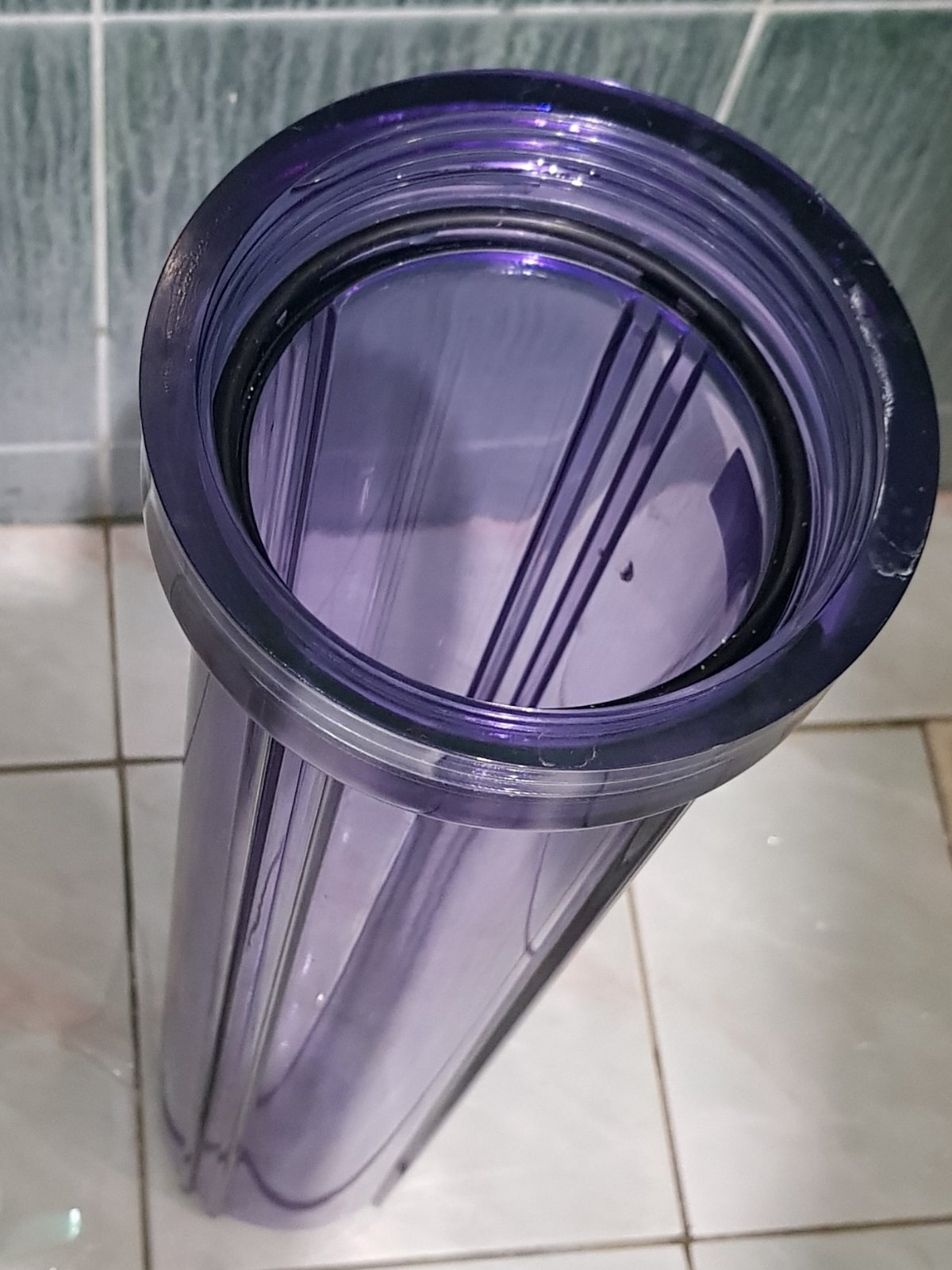 I got this raman spectrum.

Which matches that of Acrylonitrile butadiene styrene see:https://en.wikipedia.org/wiki/Acrylonitrile_butadiene_styrene 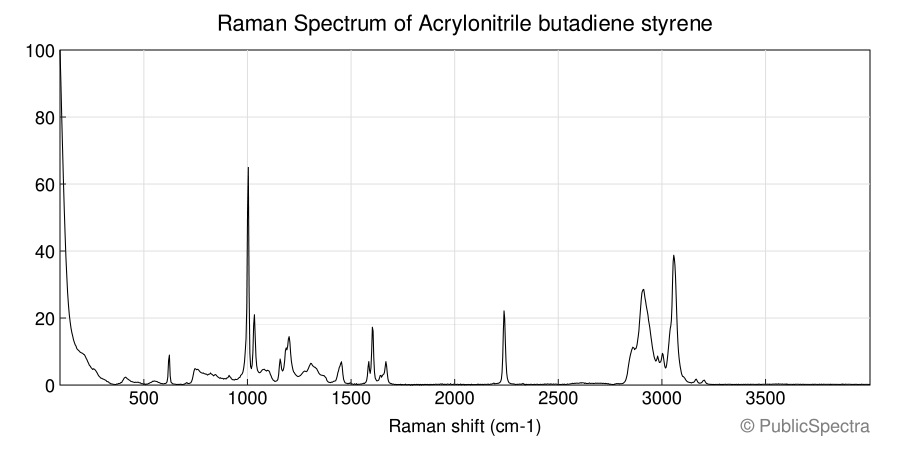 I was trying to identify the material of this sediment filter cap whether it is really Polypropylene but i couldnt get a good signal but only noises no matter the exposure and time (my raman spectrometer is 532nm. 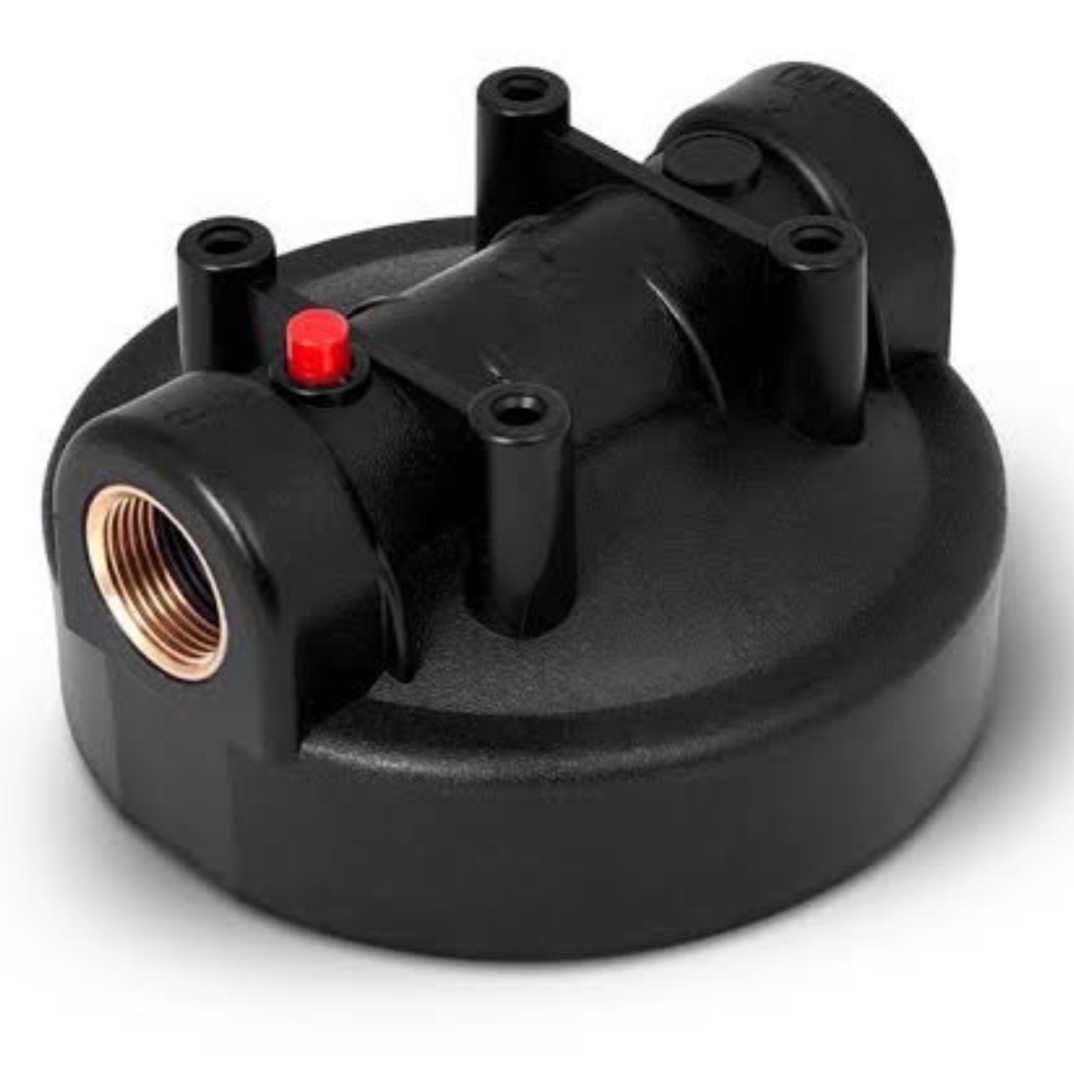 Is it really hard to get raman signal out of black matte object, maybe it cant reflect the laser?

I was able to get good raman signal of the blue casing though but not the black cap.

The comments pretty much sum up whats going on, but here is a more in-depth explanation to clear up any confusion for the OP.

There is a lot more behind this but here is the (very) basic principle:

Raman spectroscopy uses monochromatic light to excite molecules. These photons interact inelastically with the molecule (i.e. they gain or lose kinetic energy) and are then scattered. Some detector analyzes the scattered light and determines vibrational energy levels by calculating how much kinetic energy the photon has gained/lost which corresponds to the difference in energy of the vibrational modes.

When a black object is hit with a laser, the photons are absorbed. The absorbed energy is released as heat (This is why black cars are significantly hotter inside than white cars when left in the sun). Maybe some scattering does occur, but who knows if it is detectable. There are some articles on trying to determine the Raman spectra of black objects [Here is one].

Do some research; look at the Journal of Raman Spectroscopy if it peaks your curiosity. I'm not saying it is impossible, but it might require a lot of effort and understanding of the fundamental principles of this technique.

What you see is the spectrum not of the polymer, but the dye.

Something that is black in VIS gives a weak spectrum (check the extremely high noise compared to your other spectrum of a clear plastic) if you irradiate it with visible light, and it also has a pretty boring NIR spectrum.

If you do a quick google search for "carbon black raman spectrum", you will however recognise the double hump around 1500/cm.

And if you're really keen, you can accumulate spectra overnight or over a weekend, and perhaps the polymer spectrum comes out of the noise.