In the DNA backbone, which bonds exactly are considered ester bonds?

Following are the three different answers to this question that I reached by googling. Which of them is right? 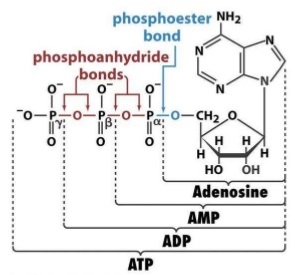 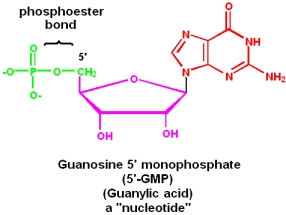 Maybe my confusion stems from a more general misunderstanding:
When two alcohols are linked through an ester linkage (i.e., both OH groups are replaced with an -O-), we get R1-O-R2. In this case, do we say that each of the covalent bonds with the O is an ester bond? Or is the whole -O- considered a single ester bond?

(Note that I am not asking what exactly a phosphodiester bond is, which is (if I understand correctly) everything that connects the 5' C and the 3' C of adjacent nucleotides.)

You have somehow confused an ester and an ether bond.

If we are to consider it as a bond or a group depends on the point of view. It is both.

It is a group, if we focus on the $\ce{CO-O}$ atom group of esters of organic acids or $\ce{O}$ for mineral acid esters.

It is a bond ( or a bridge ), if we focus on what the group connects.

I will first talk about peptide bonds and ether linkages before circling back to the question. All of these (and the ester group) can be synthesized by a condensation reaction, and the compounds containing these can be split in two by hydrolysis.

Peptide bonds are a clearly defined term in biochemistry. The peptide bond is the bond between the carbonyl carbon of one amino acid and the main chain nitrogen of the next amino acid in the protein sequence. When you hydrolyze the peptide bond, you end up with a carboxylic acid group (or carboxylate, depending on solvent and pH) on the one hand, and an amino group (or ammonium depending on solvent and pH) on the other hand.

In contrast to the amide functional group in proteins, which are hydrolyzed into two different functional groups, ethers are symmetric in the sense that hydrolysis yields two alcohols. Which bond breaks (or where the bridging oxygen ends up) depends on the specifics of the ether and the reaction conditions. Therefor, it is hard to call one or the other bond of the bridging oxygen the "ether bond", it could be either (pun intended).

The situation is different for glycosidic bonds (often incorrectly described as ethers). If you hydrolyze them, you get a hemiacetal and a hydroxyl group (for e.g. a 1,6 linkage in cellulose or starch). In some cases, like sucrose, both sugars use the hemiacetal group in the condensation reaction, and you could describe the linkage as containing two glycosidic bonds.

If you want to be exact in describing the functional group called ester, you should give the name of the acid that is obtained after hydrolysis. For example, there are carboxylic acid esters (like in triacyl glycerides) and phosphoric acid esters (like in nucleic acids). When ester hydrolize, both products carry an oxygen, so like with esters, you have to figure out where the bridging oxygen goes. This depends, again, on mechanism influenced by reaction conditions and the nature of the ester, but mostly it stays with the alcohol product.

So even though ester bond is not a technical term, you will find it used (even on this site), and for a phosphate ester, it would typically be used to talk about the pond between phosphate and the bridging oxygen atom. By that logic, a phosphodiester would have two ester bonds. For the three possibilities the OP offered, number 2 would be the best one because it describes which atoms end up with which hydrolysis product (for the typical hydrolysis mechanism).

19
What is the difference between physical and chemical bonds?
2
The difference between peptide bonds and the bonds between polypeptides?
1
Ethane and ethene: which is easier to burn? Which one burns hotter? Why?
5
Nucleic Acids Bonds
23
Why are the C-C bonds in benzene closer in length to double bonds than single bonds?
2
Determine polarity of covalent bond with formal charge
25
Are stronger bonds always shorter?
0
when Al2O3 melts which bonds are broken?