Why are these H the most acidic? 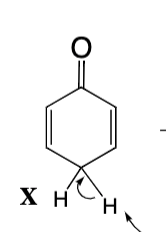 I don't quite understand why these two hydrogens are the most acidic. From a hybridization perspective, these are connected to a $\mathrm{sp^3}$ carbon (I thought the more s character, the more acidic). So why is it not any of the other hydrogens (connected to $\mathrm{sp^2}$ carbon)?

The two hydrogen atoms are acidic, but things change after one of them is lost. But I think that the question was aimed at the acidity of either of the hydrogen atoms and they are equivalent, so let's see why:

As you can see in the given figure that after abstraction of $\ce{H+}$ the conjugate base can resonate to attain aromaticity. It is this stability that makes the hydrogen atom acidic. Now to remove the second $\ce{H+}$ the story changes, but I would be leaving out that discussion as it has not been asked in the question.