What makes some metals melt at higher temperature?

I'm looking at the melting temperature of metallic elements, and notice that the metals with high melting temperature are all grouped in some lower-left corner of the $\mathrm{d}$-block. If I take for example the periodic table with physical state indicated at $\pu{2165 K}$: 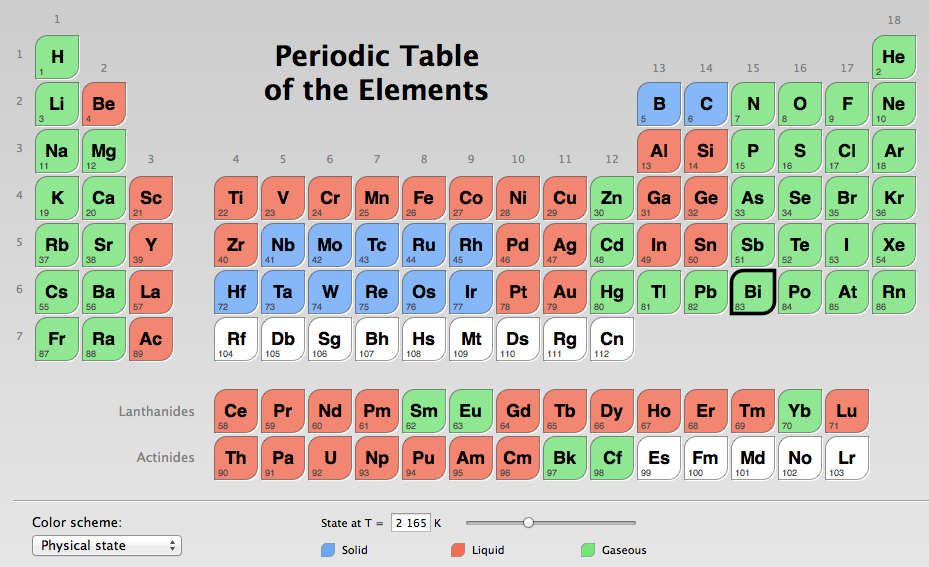 I see that (apart from boron and carbon) the only elements still solid at that temperature form a rather well-defined block around tungsten (which melts at $\pu{3695 K}$). So what makes this group of metals melt at such high temperature?

Some factors were hinted, but let me put them in an order of importance and mention some more: 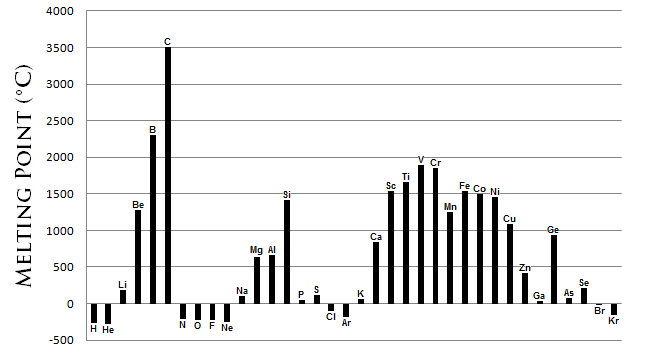 You can see here that in each series ($\ce{Li,\ Na,\ K}$) the melting points rise to a maximum and then decrease with increasing atomic number (lacking unoccupied energy states for delocalized $\mathrm{d}$-electrons), bigger electron sea being here a stronger factor than a bit more dense packaging.

So there are some bigger trends for melting points explaining the high melting points of $\mathrm{d}$-metals, but also some minor exceptions to the rule like $\ce{Mn}$.

I think there are two properties at play here: atomic velocity and stability of the lattice structure.

Recall that temperature is a measure of the average kinetic energy of the molecules, so $v \propto \sqrt{\frac{T}{m}}$, or to achieve the same velocity, $T \propto m$. So at the same temperature, two heavier atoms will move more slowly past each other than two lighter molecules, giving them more time to interact.

Now recall that in a solid, molecules are held in a lattice by intermolecular forces, and in a liquid, atoms have enough energy that the forces between them are no longer strong enough to hold the atoms in a lattice. So the more stability a substance's atoms gain from being in their solid, crystalline arrangement, the higher its melting point will be. Now, why would the metals in that area gain more stability in their solid forms? I'm fairly sure the answer has to do with the completeness of orbitals and half-orbitals. I'm not sure of the particulars of the delocalized electron cloud in metals, but I think it's likely that it allows these metals to in some manner fill or empty their incomplete orbitals.

Not the answer you're looking for? Browse other questions tagged melting-point metal or ask your own question.

8
The highest melting point
9
How are the boiling points of Tungsten and other metals determined and proved?
6
How can sodium chloride melt ice or keep it frozen?
0
Bond Type of Lead: Metallic or Network Covalent?
8
How to separate paracetamol and caffeine?
8
What is the black slag formed when sterling silver is melted with borax?
4
Why does fcc lithium melt with increased pressure?