Why does Fe(II) have electrons in the 3d subshell? [duplicate]

But shouldn't the $4\mathrm s$ subshell take precedent over the $3\mathrm d$ subshell according to Aufbaus principle? 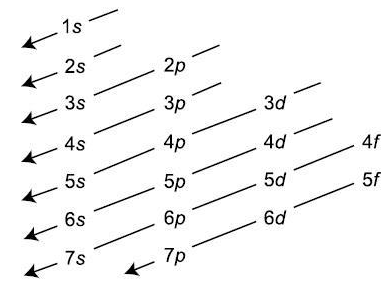 Both iron(II) and neutral chromium have 24 electrons, but there the similarity ends:

Think of the Bohr model. According to this model the energy level of electrons depends only on the shell number $n$, so we would expect 24 electrons to follow the $[\text{Ar}]3d^6$ configuration. In real life that happens exactly only for single-electron atoms where there are only electron-nucleus interactions. When there are electron-electron interactions they could fill the shells not in order, like the chromium atom described above.

But in a multielectron atom, if you add more nuclear charge you make the electron-nucleus interaction stronger, and the Bohr-model configuration becomes more favorable. One might suppose that dozens of added protons might be needed to get chromium's $[\text{Ar}]3d^54s^1$ to the Bohr-predicted $[\text{Ar}]3d^6$. Instead, the energies of the two configurations are so closely spaced that two extra protons, converting neutral chromium to ferrous iron, is enough.

Not the answer you're looking for? Browse other questions tagged inorganic-chemistry orbitals oxidation-state or ask your own question.

8
What is the electronic configuration of Fe(II) ion?
66
Why do elements in columns 6 and 11 assume 'abnormal' electron configurations?

40
Why is the vanadium(3+) ion paramagnetic?
3
How many electrons with l = 1 does Si in its ground state have?
1
how many electrons are in the second subshell of this element?
9
Why do copper (II) complexes contain so many valence electrons?
6
Energy of electrons in the same subshell