The attempt to make a single solid mass of K-alum, using over 125 grams of McCormick K-alum powder, has resulted, in less than 2 hours, in: 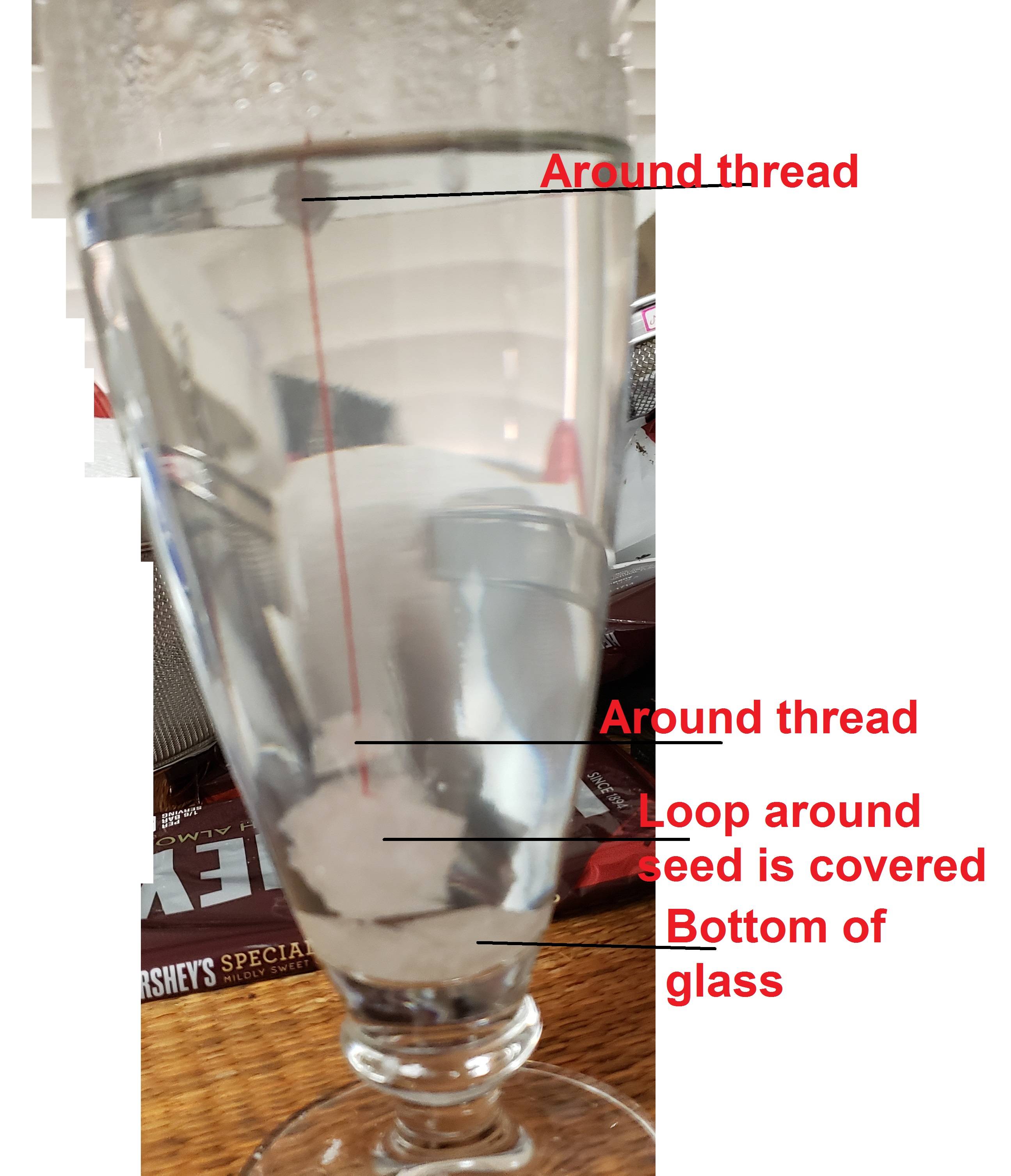 So besides the growth around the loop of the seed "crystal", there are 3 other regions where crystals are forming.

Context: I am seeking a solid mass of K-alum to use as an astringent and antiseptic after shave (starting at 30 seconds into this video).

Questions: (1) Assuming that the over 125 grams of powder is large enough, will the bottom two or three masses combine into a big "cohesive/well-glued" mass? (2) Or should I dismantle the setup -- keep the seed-block, but heat the water to dissolve the other three masses to become very slightly under-saturated and put the seed back in?

Update: It has been under 3 hours, and the bottom three masses have combined into a single mass. I do not know how "cohesive/well-glued" that single mass will be when it is eventually removed and dried with a paper-towel.

The comment by @tstone-1 suggests this simpler approach for creating a single mass of K-alum: Heat about 200 ml of water to about 88C; saturate this with K-alum powder (about 100 grams); filter this solution into a paper coffee cup; cover cup and wait till most of the water evaporates; tear off paper cup to get solid mass. Question: how cohesive/well-glued will this mass be?

Update 2: Did end up with two consolidated masses, one from the starter near the rim and the other from the bottom three chunks; both are suitable for use after-shave as an astringent and antiseptic: 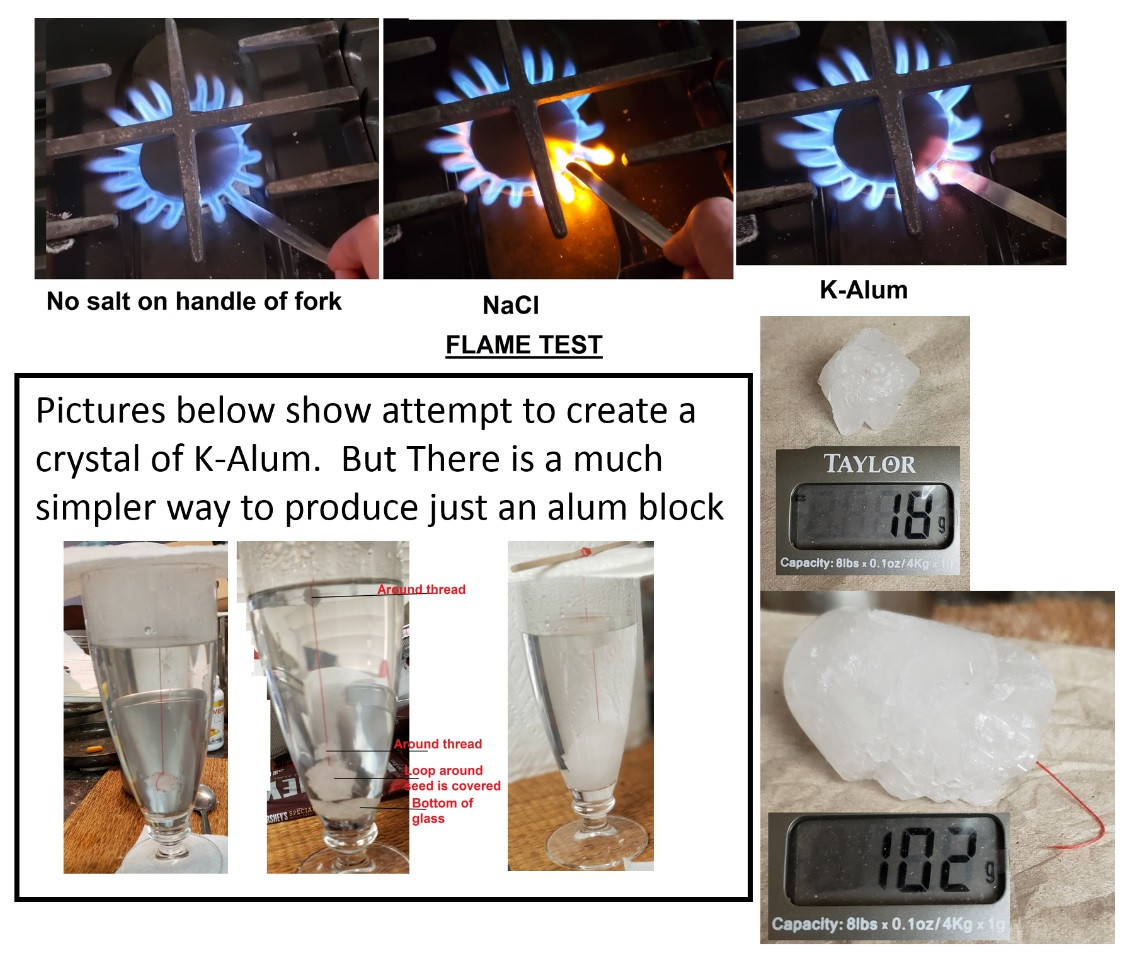 According to the Wikipedia article Potassium alum, the dodecahydrate melts at 92 to 95 °C. So if I wanted a large lump, I'd put the salt in a test tube (or some other container), dunk the container in boiling water to melt the salt, then pour the melted salt into some type of a mold to cool and solidify.

Not the answer you're looking for? Browse other questions tagged home-experiment crystallography recrystallization or ask your own question.