How is nomenclature decided in this case (formyl vs oxy)?

I was asked the IUPAC Name of the following compound in JEE Mains (2nd September, Shift 1) 2020. 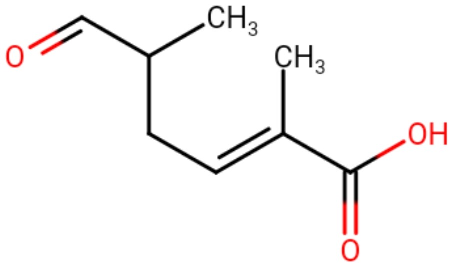 There were two names occuring to me:

I finally chose (2), but the temporary answer key says (1). Can someone please tell which is the correct one and why?

Note: As I realised after receiving a comment, I've accidentally made the double bond have (E) configuration. This is an unintended error due to the website I used to construct the compound's structure. Please note that the original compound did not have any stereochemistry indicated

Accordingly, your most senior function is carboxylic group, which would have the highest priority: 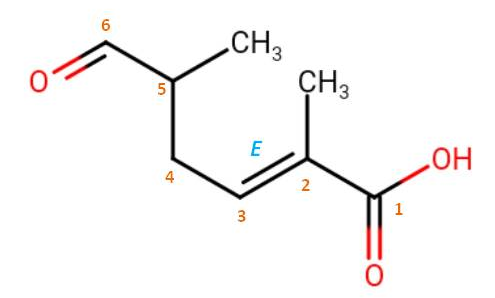 Then, there is a choice to choose the principal chain, which has the greater number of skeletal atoms. Both choice have six carbons, but the numbered chain indicated in the image has additional function, thus it is the principle chain. You also need to consider the stereochemistry if they are indicated. Here, there is a double bond in trans-orientation. That should be included in the name. Although, $\ce{C}$-5 is a chiral carbon, its stereochemistry is not indicated so you can leave it alone. Therefore the correct IUPAC name is: (2E)-2,5-dimethyl-6-oxohex-2-enoic acid.

"Formyl" and "oxo" are used to denote when the aldehyde group is a substituent/carbon skeleton component respectively. Seeing as the aldehyde group is clearly in the main chain, the "oxo" prefix must be used and therefore the second option must be the correct one. Regardless of this, seeing as the carboxylic acid group must have the highest priority, the aldehyde must be numbered 6, so we can rule out the first option.

Not the answer you're looking for? Browse other questions tagged organic-chemistry nomenclature molecular-structure molecules or ask your own question.