I have already attempted to interpret some of the peaks. Please tell me if they are correct/incorrect and anything that I have missed. 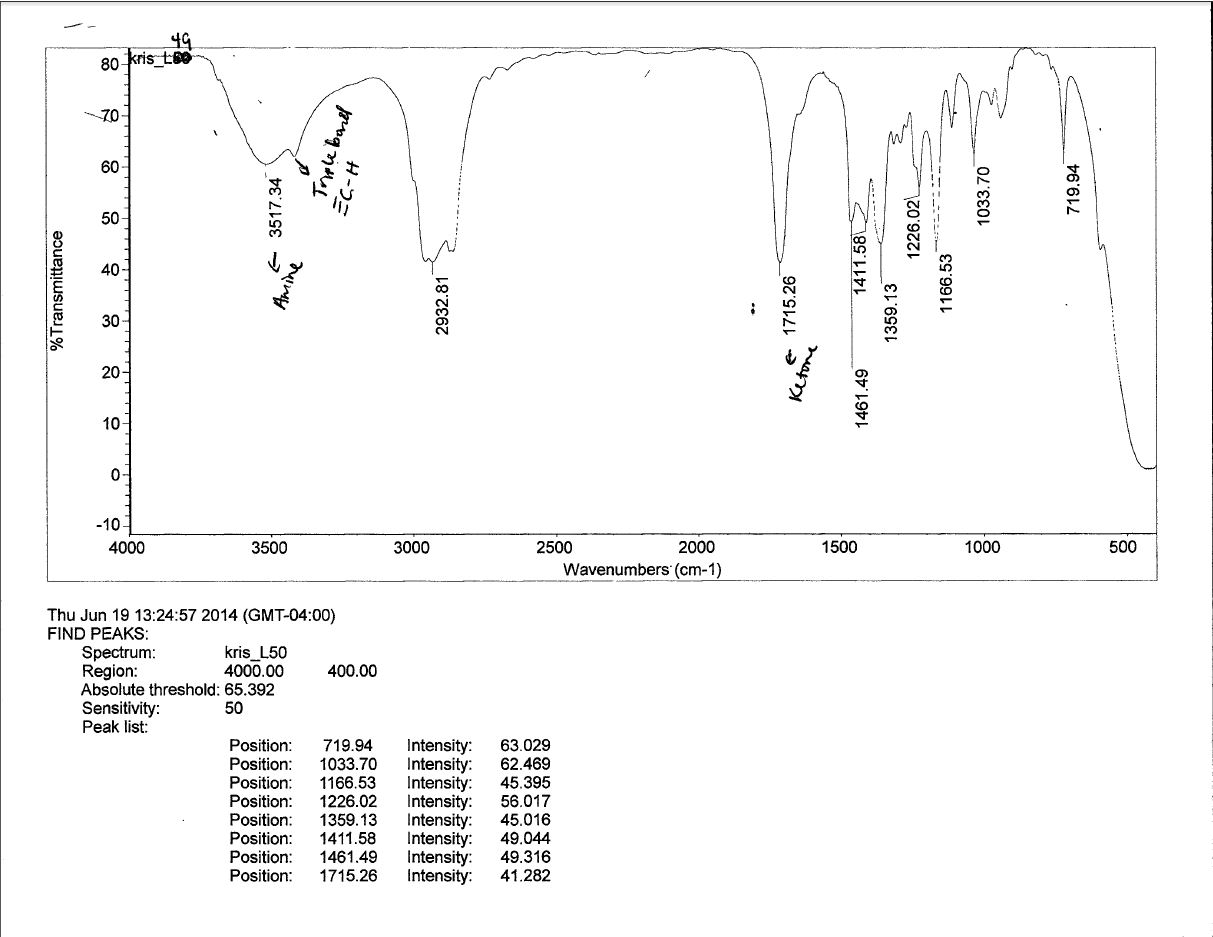 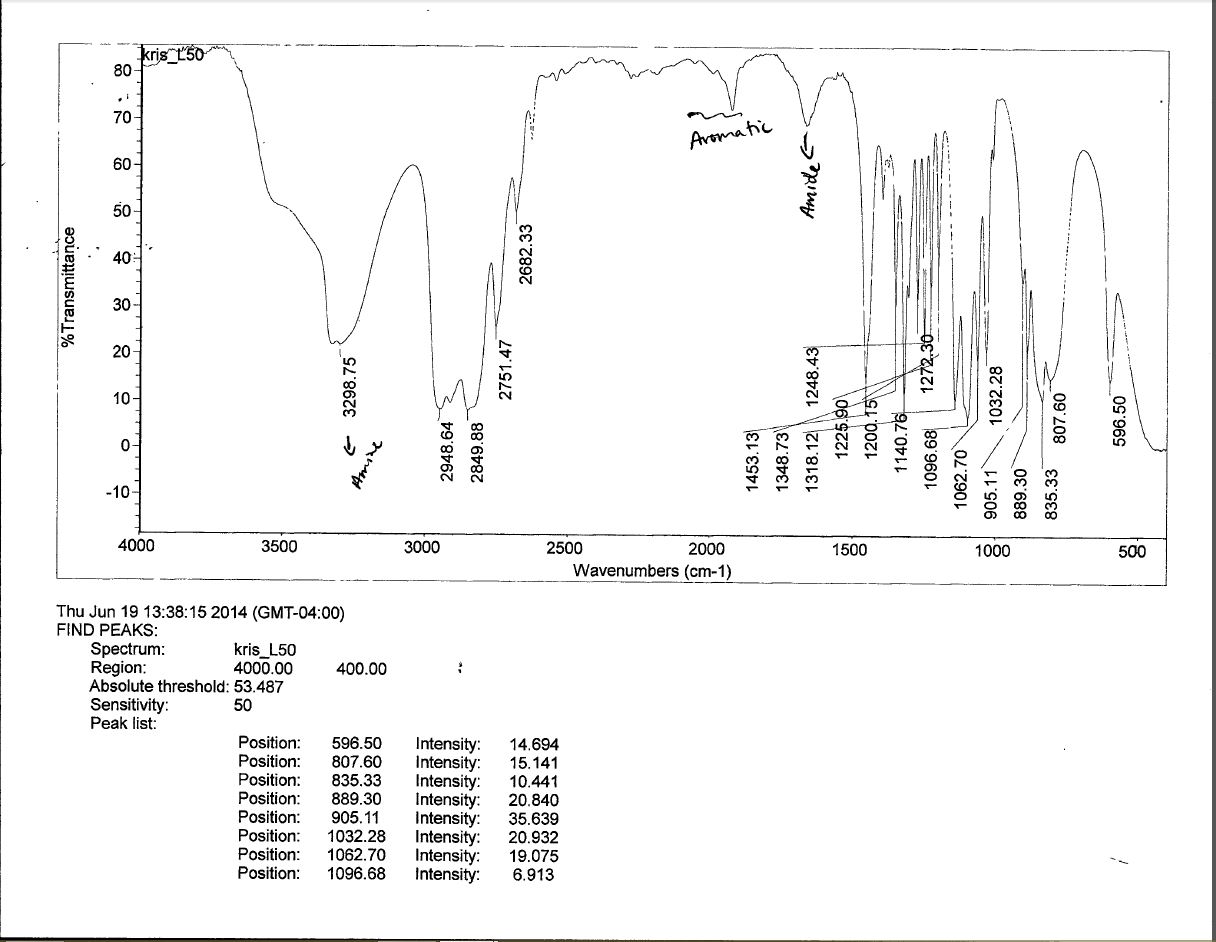 In your first spectrum, the band at 3517 $\mathrm{cm^{-1}}$ indeed fits best to the $\ce{N-H}$ stretch of a primary amine (source). However, I would not assign the shoulder of this band to a $\ce{#C-H}$ stretch. Such a band would be sharper and perhaps more intense, and as Greg E. already pointed out in his comment to your question, there is also no corresponding $\ce{C#C}$ stretch band present (reference). The absence of bands in the range between 2500-2000 $\mathrm{cm^{-1}}$ allows you to rule out some other functional groups with double or triple bonds, like nitriles, thiocyanates, isocyanates, carbodiimides or azides. The band at 1715 $\mathrm{cm^{-1}}$ is a typical $\ce{C=O}$ stretch, and while it could be a ketone, the presence of the broad band at 2932 $\mathrm{cm^{-1}}$ (which could actually be a double band) makes it likely to be an aldehyde, since the double band can then be assigned to the $\ce{=C-H}$ stretch of the CHO group (it could also include other $\ce{C-H}$ stretches due to its width).

My interpretation of the first spectrum:

The second spectrum I am not sure, however:

Not the answer you're looking for? Browse other questions tagged organic-chemistry analytical-chemistry spectroscopy ir-spectroscopy or ask your own question.

6
Fourier transform for spectroscopy spectra?
2
Interpretation of the following IR?
0
What do s, m, w, m-w, and w-s mean in the context of infrared spectroscopy?
3
Origin of broad CO stretch in infrared spectrum of tricobalt cluster