Is the entropy of vaporization greater than entropy of fusion, for elements? And in which case they can be same, if it so happens?

I have asked this here because I couldn't find any satisfactory answers anywhere on the Internet and most of them were very limited in their description.

Like you, I was unable to find a comparative tabulation of these values on the internet. Fortunately, one can readily generate such a table using Wolfram Mathematica's chemical database.

Wolfram has the above data for all of elements 1–93 (hydrogen through neptunium), except for helium (which can't be solidified at standard pressure, which is 1 bar), astatine, and francium.*

That single exception is hydrogen, for which: 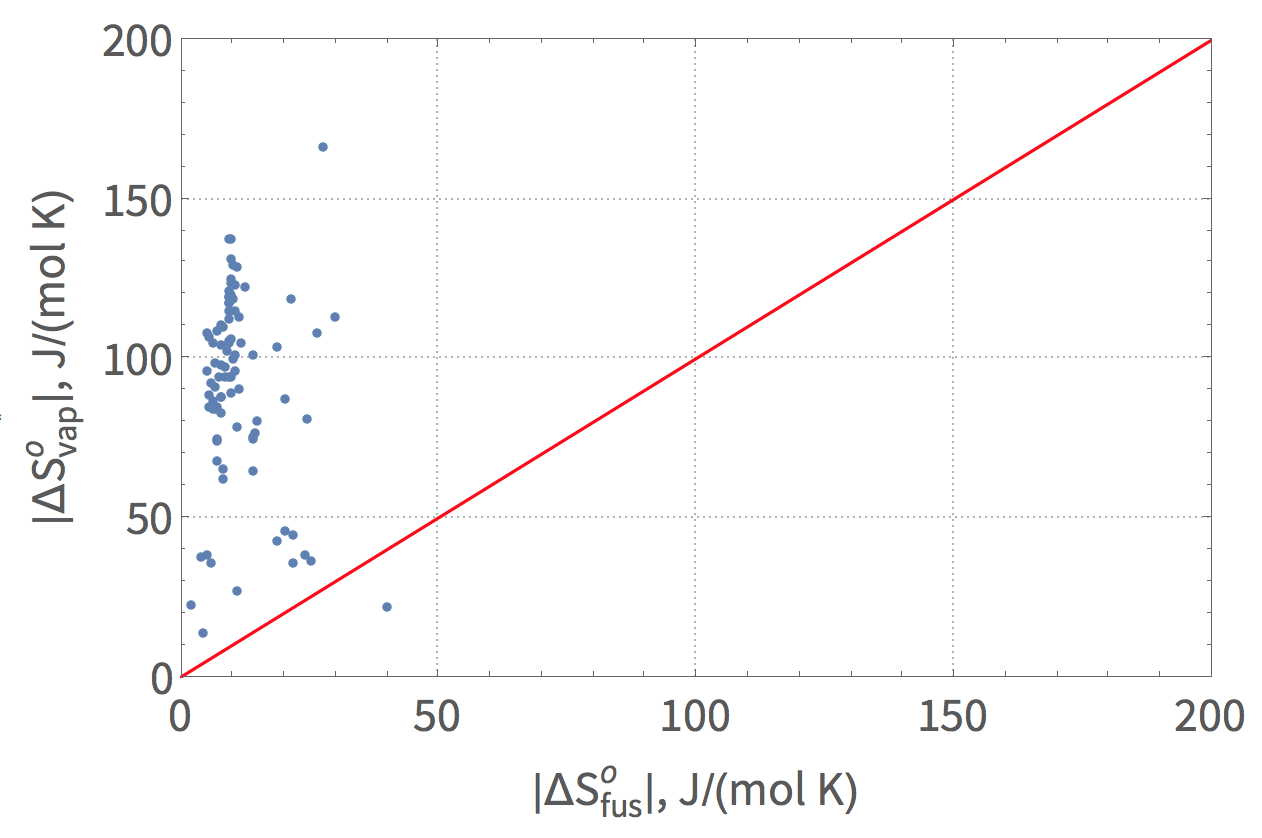 *Note, however, this complication: Most, but not all, of these measurements were done at standard pressure (1 bar). For instance:

Not the answer you're looking for? Browse other questions tagged thermodynamics entropy or ask your own question.

4
Does exothermic solvation mean solute is more soluble at low temp?
112
Why is absolute zero unattainable?
1
Molecules having higher enthalpy of vaporization and boiling point than another but with lower entropy of vaporization?
6
Why might copper have a lower heat capacity than lithium according to the Shomate Equation?
7
What is the precise definition of standard molar entropy?
0
How can you calculate the tendency of one compound to become another?
1
What is the definition of thermodynamic stability?