What should I do keep or remove it? 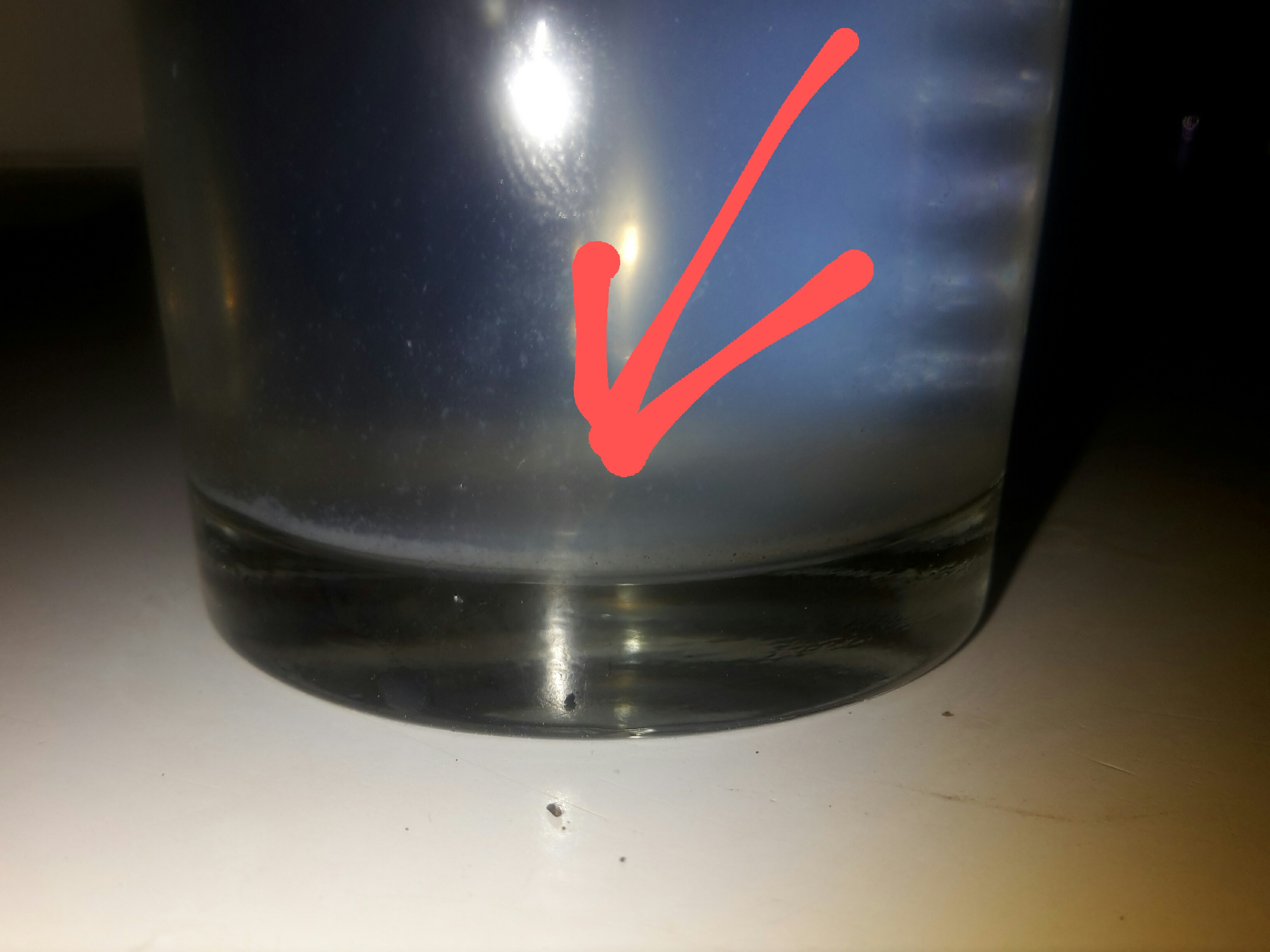 Sodium hydroxide is easily contaminated with sodium carbonate. The free base continuously reacts with atmospheric carbon dioxide to form the salt.When a relatively concentrated solution of NaOH is prepared, sodium carbonate slowly precipitates out as a white gelatinous mass.

a) How long did you expose it to air? b) What is the expected concentration of the base? c) What are your electrodes made of?

Another possibility: the brine may have impurities involving salts of other metals. Calcium salts could produce a precipitate of calcium carbonate or calcium hydroxide, the latter rendered poorly soluble in a concentrated alkali solution. Magnesium and most transition metals are likely to produce hydroxide precipitates, with magnesium hydroxide in particular also being white like the observed precipitate.

For the record, I have witnessed the described fluffy whitish salt in a galvanic cell with iron and carbon electrodes in a mix of MgSO4 and H2O2 (acidified with phosphoric acid). My best guess is that it is a basic salt of magnesium.

In the current context of electrolysis of brine, per a source (click on the article, Hypochlorite Generation from a Water Softener Spent Brine), to quote from Page 6-7:

It is widely known that in the alkali-chlorine generation process the brine quality is the main factor in achieving an efficient process. The challenge of this process was to treat spent brine with high concentrations mainly of calcium, magnesium, sulfate, and alkalinity. The brine generated at stage 3 presented an average amount of 2.7% of sodium chloride (Figure 1) and was characterized in terms of calcium, magnesium, and total hardness.

Also, the solubility of CO2 is much reduced in salt water, so I offer an alternative proposition of a basic salt of magnesium, and less likely, given the textual nature of the precipitate, a calcium salt.

[EDIT] Just saw an alternate opinion by Oscar Lanzi, who also suggests a Mg salt, albeit I am not as definite on its identity.

Also, saw the response that the starting NaCl was table salt, which can contain an anti-caking agent. Per a source:

The most widely used anticaking agents include the stearates of calcium and magnesium, silica and various silicates, talc, as well as flour and starch.

So, a basic magnesium salt or possibly calcium still remains a possibility.

Not the answer you're looking for? Browse other questions tagged acid-base electrochemistry or ask your own question.

12
Conducting current in electrolytes
2
How to convert sodium aluminate back to sodium hydroxide?
1
How to calculate the pH of a sodium bicarbonate-sodium hydroxide buffer solution?
1
Changes over time in sodium hydroxide concentration in a hot water bath used for pretzel manufacture
0
Applied Potential and Electrochemical Cell Potential