The following question from my textbook assignment reads 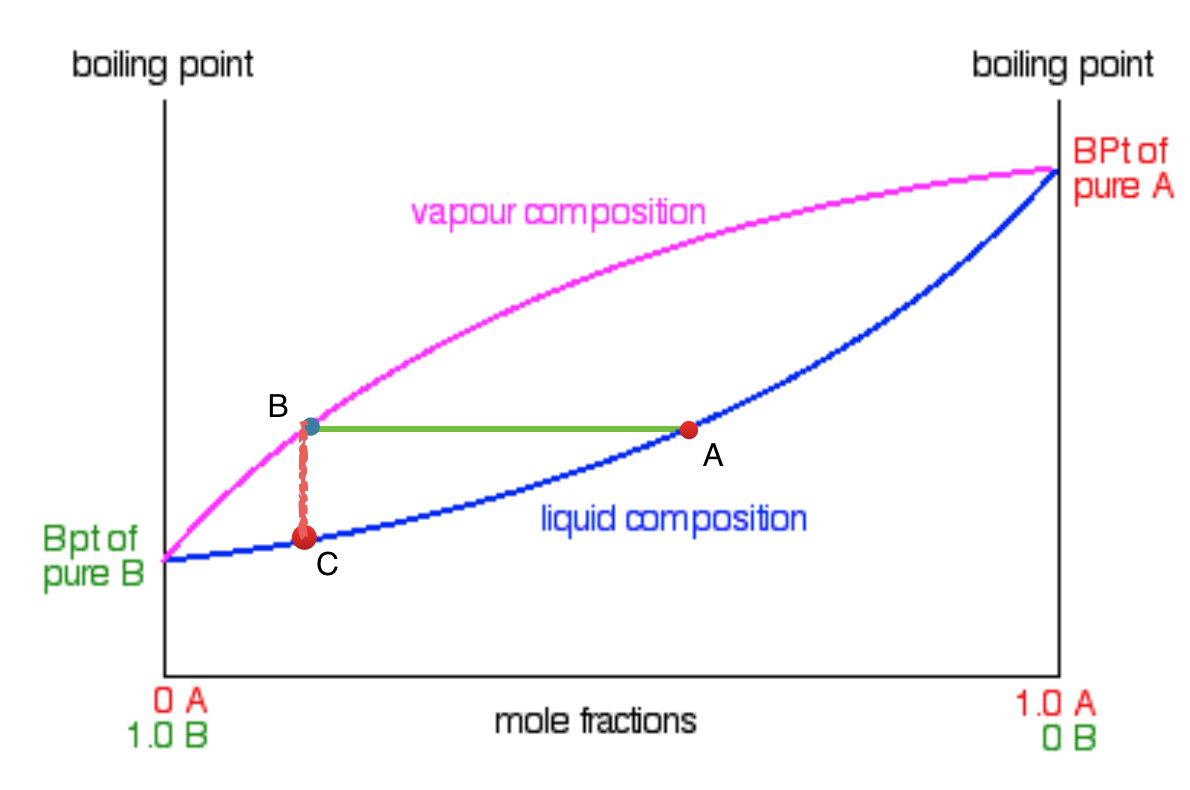 During the process of distillation, we condense the vapours (B) of the mixture (A) to give a mixture (C) that has the same mole fractions as that of the vapour (B) of mixture (A).

In order to solve this question there would be three steps.

However, finding the actual composition of the vapours here, would be the biggest challenge in this question.

In order to find the vapour pressure, we use Raoult's Law which mathematically states:

Since this is a two-component system, the total pressure would be expressed as a sum of two terms for each component A and B.

Substituting the values given in the question, we get $P_T= \pu{85 mmHg}$

The final is exactly the same as the first step, wherein you use Raoult's law to find the final vapour pressure of the distillate (mole fraction of components equal to that mole fraction of vapour in initial mixture).

17
What causes the lowering of vapour pressure in volatile/nonvolatile solvent mixtures?
3
Calculate the mole fraction of component B in this solution? (partial pressures)
1
Mass of sugar that was added to the water (Raoult's law)
0
What is the mass fraction of C2HCl3 in the liquid phase?
9
Vapor Pressure Paradox
3
Solution to Raoult's Law for a volatile binary solution (no pun intended)
1
Applying Raoult's Law in volatile solids–liquid solutions
2
At what composition is Maximum deviation from Raoult's law observed?
0
When is Raoult's Law valid for solid-liquid solution?