I originally posted this on EE.SE but might be better here:

Would the relative capacities of each battery type (within the same chemistry type) be the same at much lower current draw, e.g. 1mA? If not, why not? Are there things battery manufacturers do to 'tune' batteries to a certain discharge range? 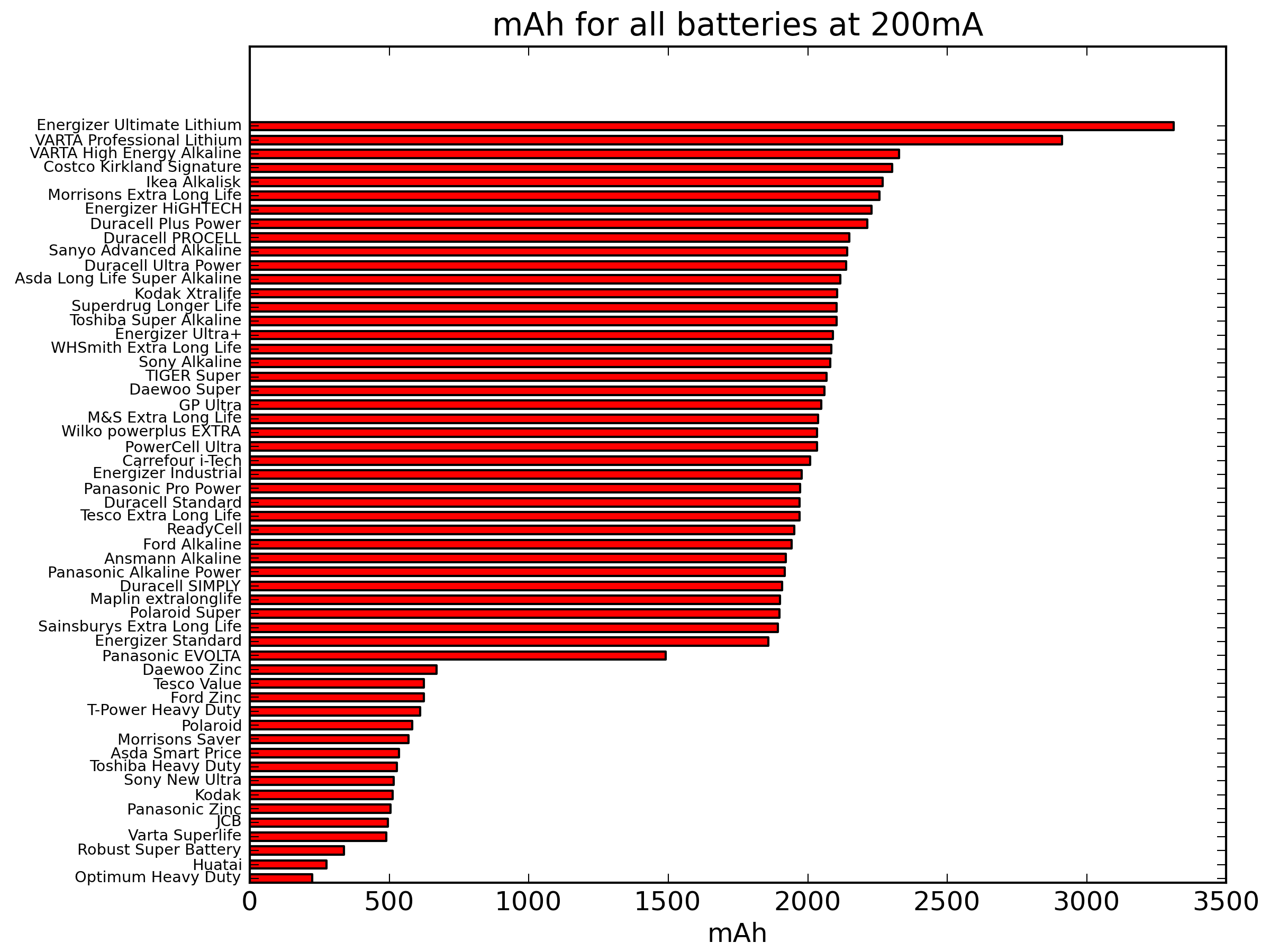 This is a great question and I'm sorry it wasn't answered sooner. I'll give the caveat that I am not a card-carrying electrochemist, and I'm definitely not a battery researcher, even though I have worked with them in the past. I'll give my best effort.

As you note, in principal, the capacity of a battery is tracked with units of mA$\cdot$hr. In theory, this should be constant no matter the current draw.

That doesn't mean the capacity is uniform across a particular size/shape designation. The "AA" type specifies a particular shape/volume dimension, but different chemistry will give different electrochemical capacities. For example, I have plastic shells that you put a AA battery to fit "C" or "D" types - the downside is less electrochemical capacity (~2500 mA$\cdot$hr for a typical AA vs. ~8000 mA$\cdot$hr for a C cell).

One part of the electrochemical capacity is how much of the volume is filled with electro-active materials, rather than electrolyte, fillers designed to dissipate heat, or for other safety margins.

So what's the difference?

First, as we mentioned, not every battery has the same capacity, even of the same battery type (size/shape/volume). Assume for the sake of argument that we have two 3000 mA$\cdot$hr batteries: one lithium (of some sort) and one alkaline.

Above a certain current threshold, lower currents will let batteries get closer to their theoretical capacities.

The problem is actually simple. Besides electrons, in every battery ions move through an electrolyte.

I realized I should clarify the very low current comment. If the current is low enough, then the rate of ionic mobility will be high enough for the chemical part of a battery to keep up with the electrical draw. So decreasing current draw will improve the capacity, up to this point - and then the real capacity should remain the same no matter how low the current draw.

16
What's the chemistry behind only charging a Lithium-ion battery to 80% capacity at most, to increase its lifespan?
0
Does relative amount of lithium and cobalt oxide change in recharged battery?
1
Which conductivity law should I use to calculate the conductivity of a solution with high/low concentration?
6
What is the optimal voltage for storing a 3.7 V lithium polymer battery?