Why is the boiling point of trichlorofluoromethane lower than that of chloroform?

The main reason acting here is Dipole Moment. The higher the dipole moment of a molecule, the greater will be the intermolecular attractive forces and the higher will its boiling point be.

So, at first, let's get the structure of the molecules. Both of them are sp3 hybridised and have a tetrahedral structure. 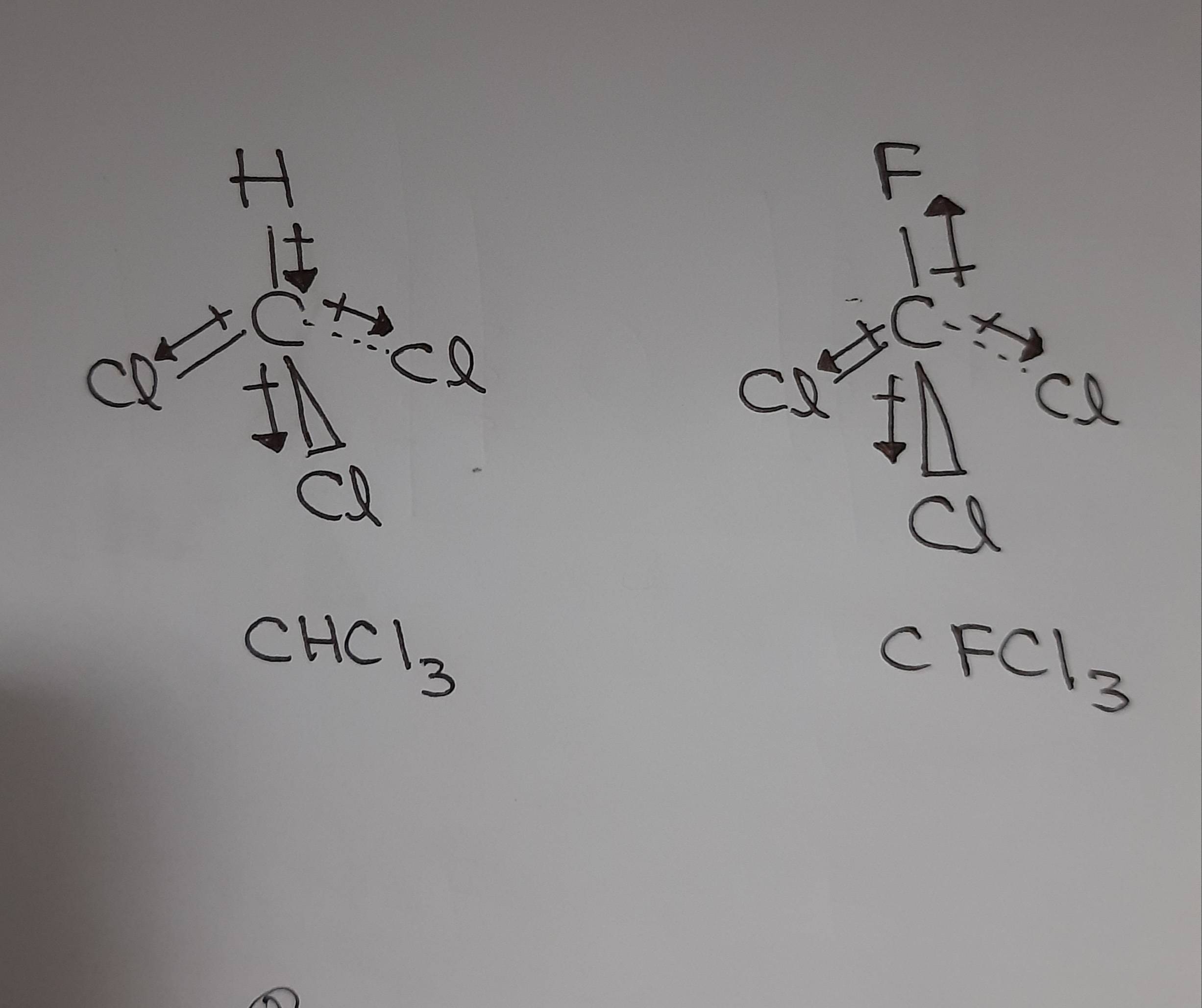 For this reason, the dipole moment of CHCl3 is more than that of CFCl3 and so, CHCl3 has a higher boiling point.

In addition to the poor polarizability of $\ce{C-F}$ bonds described here, we may consider hydrogen bonding. $\ce{CHCl3}$ has this to a greater extent than most chlorinated organic compounds because the electronegative $\ce{CCl3}$ function draws off the electron density in the bonding orbitals, leaving more of the unoccupied antibonding orbitals on hydrogen. We then have relatively good molecular orbital overlap between hydrogen in one molecule and chlorine in another. $\ce{CFCl3}$ does not offer this possibility.

Not the answer you're looking for? Browse other questions tagged boiling-point or ask your own question.

15
Why are fluoroalkyl chains hydrophobic/oleophobic?
6
Melting and boiling points of benzene and fluorobenzene
4
Reason for decreased boiling point of hexafluoroisoproponal?
8
Why do chlorinated silanes have lower boiling points than their methane analogs?
3
Why do fluoride molecules seem to have abnormally low boiling points?