Why do RDF plots have the probability at a particular distance >1. How can probability be more than one?

The below is an example of a RDF plot: 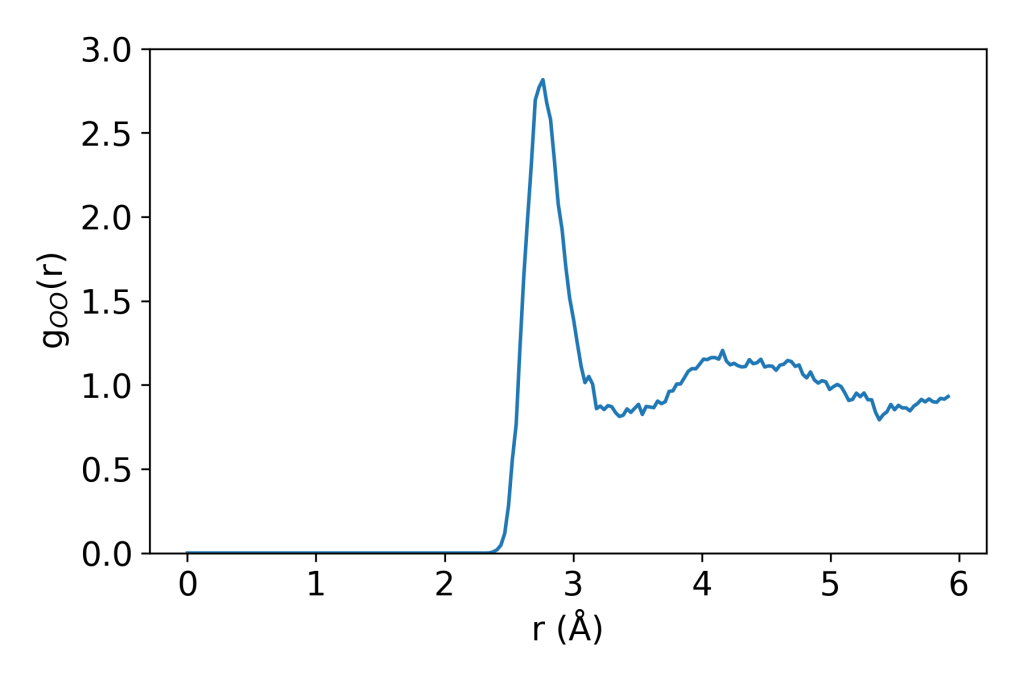 The radial distribution function isn't a probability or a probability density. The usual definition is $$g(r)=\frac{\rho(r)}{\rho_0}$$ where $\rho(r)$ is the number density at a particular distance $r$ away from some specified atom and $\rho_0$ is the bulk density of the material.

It can be larger than one if the local density is greater than the bulk (which you see in the first peak of your graph), so it can't be a probability. It also can't be a probability density, as integrating the RDF from $0$ to $r$ should give you the number of particles (divided by the bulk density) in that spherical volume, which should continue to increase even up to macroscopic distances (in contrast to a probability density which should integrate to $1$).

Not the answer you're looking for? Browse other questions tagged molecular-dynamics or ask your own question.

4
What is the "curse of dimensionality" in molecular dynamics?
2
Understanding water models?
2
Radial pair distribution function (VMD). How to define it for a water NaCl system with multiple Na and Cl?
3
Is there a known relation between the diffusion of a molecule and the diffusion of the reactants?
1
Vibrations of metal complexes (polyatomic molecules)
7
Practical use of the partition function in molecular simulations