Does resonance affect the polarity of the molecule?

Edit:
Ultimately, my question is how can you explain ozone's polarity without formal charges because on a wikipedia page, they explain it using formal charges. If that's the case, shouldn't resonance be considered. If yes, how?

When talking about resonance it is important to know that this is only a concept to visualise certain bonding features. It is very important to understand, that the actual bonding situation is a mixture of all possible resonance structures. The Molecule itself exists at all times as this mixture, hence neither of these resonance representations can be observed. One can regard it also as a superposition of these structures.

Resonance structures had to be introduced into the Lewis formula context, when it was obvious, that one formula can no longer describe a bonding pattern remotely accurate. While the Lewis formalism is great for many things, as it keeps chemistry visualisable and simple, it unfortunately has its boundaries. Only for molecules with very simple bonding patterns it is somehow possible to guess some physical properties (qualitatively).

Formal charges are also only a concept, or a result from the limited depiction of the Lewis representation - hence the name formal. They do not usually represent any physical charge. However, sometimes, the physical charge will coincide with the formal charge. Therefore it is usually not possible to derive any actual dipole moment from them.

Charge separation within molecules depend of the geometric arrangements of the nuclei and the electrons around them, i.e. the electron density. It is a physical property which can be observed and also predicted by means of quantum chemical considerations. Molecular Orbital Theory is a very fundamental concept which allows to derive these properties (at least on a qualitative level).

The bent arrangement of ozone is a result of its electronic structure. And the dipole moment is a result coming from that.

Upon the extension of the question and some comments:

Like Thomij already stated, the formal charges are only for bookkeeping. They always have an integer value. A partial charge, however, is a physical observable, resulting from the difference from the electron density and the field of the nuclei.

There is absolutely no possibility to predict a dipole moment without knowing the electron density (or wavefunction) at a given nuclear geometry. A Lewis formula can be generated from these facts, showing the simplest but still well matching bond description. This representation has to sometimes include formal charges. The linked wikipedia page does not employ this concept to explain the polarity, they rather use partial charges.

The partial charges in ozone result from a superposition of the molecular orbitals (click here to enlarge). These are the valence orbitals obtained from BP86/cc-VPDZ:

Especially the HOMO (very right) and the HOMO-3 (4th from right) and HOMO -6 (4th from left) contribute massively to a slight charge separation in ozone. 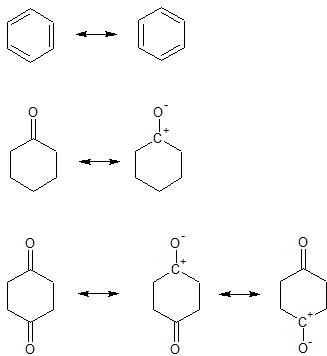 Not the answer you're looking for? Browse other questions tagged resonance polarity formal-charge or ask your own question.