What are similarities and differences among shells, orbitals, subshells, and energy levels?

Is this correct or totally wrong?

I am using the chemistry textbook by Masterton/Hurley (Cengage) as an outline for this answer. It has a side note that reads "Our model for electronic structures is a pragmatic blend of theory and experiment". In the spirit of that quote, there is some experimental data mixed in with the concepts. 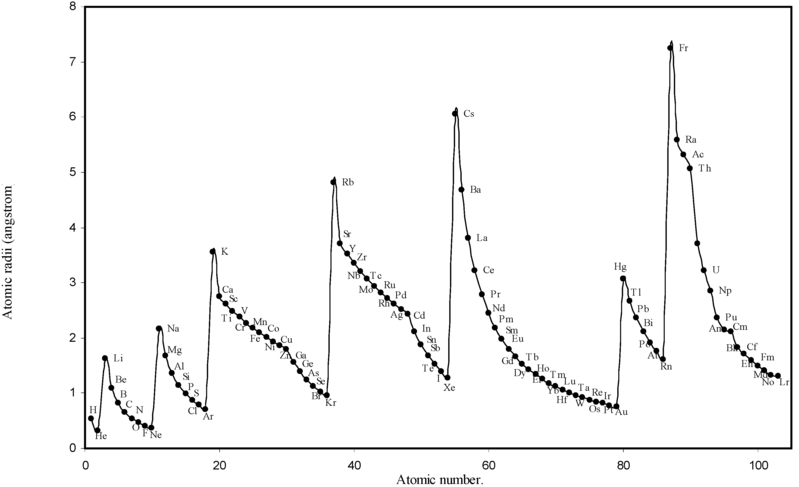 Yes, and you see that in the plot of atomic properties vs. atomic number. For example, atomic radii (image source)increase significantly as you go from noble gas (last element in a period) to group 1 metals (first element with the next shell occupied). The quantum number that defines the shell is the principal quantum number n.

Yes. The periodic table is organized into s-block and p-block (main group elements), d-block (transition metals) and f-block (lanthanides and actinides) according to which subshell is partially filled (or just filled). The quantum number that defines the subshell is the second quantum number, $\ell$.

Are energy levels the same as shells?

This is true only for the hydrogen atom and other one-electron systems ($\ce{He+}, \ce{Li^{2+}}$) in the absence of a magnetic field:

with $Z$ the charge of the nucleus and $n$ the principal quantum number.

For systems with more than one electron, distinct subshells in the same shell correspond to slightly different energy levels. One method to measure these energy levels is photoelectron spectroscopy, with some data on aluminium 2s and 2p shown below (image source). 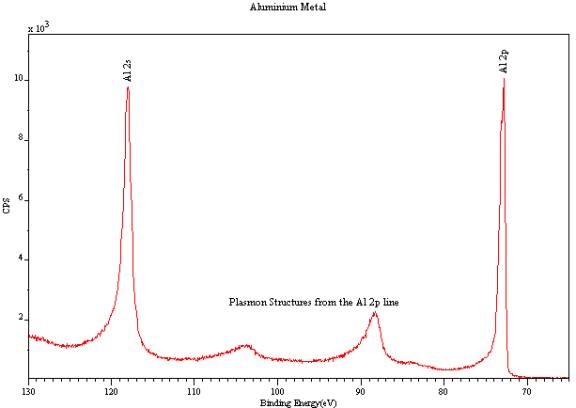 In general, the energy levels depend on the atomic number (number of protons in the nucleus) and the electron configuration (how many electrons are present, and whether they are at ground state or in an excited state). Going from a hydrogen atom to a larger multi-electron atom, the energy levels of distinct shells can be roughly described as an electron bound to a nucleus surrounded by inner electrons with a combined effective charge $Z_\mathrm{eff}$ (smaller than the actual charge of the nucleus because the attraction by the nucleus is offset to a degree by the repulsion by the other electrons):

For example, comparing 1s electrons across the periodic table, the binding is tighter and tighter as the atomic number increases. On the other hand, the outermost shell (valence shell) in elements of the same group (e.g. Be, Mg, Ca, Sr, Ba, Ra) corresponds to similar energy levels, even though they differ in the principal quantum number. This explains why elements in a group have similar chemical behavior.

Are orbitals the same as subshells?

While the different orbitals of the p, d, and f subshells have distinct, sometimes intricate shapes, a filled subshell corresponds to a spherical distribution of electrons.

How do these concepts help to understand chemical bonds?

We study electronic structure because it explains properties and reactivity of atoms and molecules. It might seem that atomic orbitals of hydrogen are of little use in understanding the electronic structure of larger atoms and of molecules. It turns out, however, that they can be used as building blocks for the more complicated systems, both qualitatively (talking about sigma and pi bonds and lone pairs) and quantitatively (computational methods use atomic orbitals as basis functions).

Surprisingly, the changes in electronic structure going from atoms to molecules are moderate, with spherical electron distribution around the atoms explaining most of the electron density observed, for example, in crystallographic studies. The small deviations from this are called electron deformation densities, and they give an experimental view of the subtle shifts in electron density upon bond formation. The picture below shows a contour diagram of the total electron density on the left (near the atoms, there would be many more contour lines, but they are not shown), and the deformation density on the right (lines: higher density than atomic density, dashed: lower density than atomic density, dot-dash: same density as atomic density).

Historically, the first of these concepts to emerge was the shell of the Bohr model. This very nicely rationalized the observed spectral lines of the hydrogen atom, by restricting electrons to be in orbits with fixed energy levels. In modern parlance, the shell corresponds to the principal quantum number $n$.

Later experiments (also, it's enough just to look a the spectral lines for helium) suggested that this was not enough and that each shell had multiple energy levels within it. These levels within the shell are called subshells. In modern parlance, this corresponds to a fixed value of $l$, the azimuthal quantum number. We refer to the different subshells by letters ($s$, $p$, $d$, $f$, $g$, ...), and these correspond to respective values of $l$ (0, 1, 2, 3, 4, ...).

At this point, it is helpful to draw a division because the concept of the orbital is only loosely associated with the prior concepts. The previous concepts come from models that are considered out-of-date by modern standards. This is because quantum mechanics provided a new model whose principal features are incompatible with the fundamental assumptions of these prior models (for example, orbits are not compatible with the uncertainty principle) or simply unaddressed at all (e.g., spin).

Quantum mechanics arrives at a solution that is the following (or at least, this is roughly what one of the major formulations says). The behavior of matter is governed by the Schrödinger equation. For a hydrogen-like atom, we can parametrize the solutions of the Schrödinger equation for that lone electron with several quantum numbers ($n, l, m$). The $n,l,m$ fully describe the probabilities of finding the electron in any point in space, and therefore, it roughly defines where the electron is likely to be. This region is not an orbit or shell, since the electron is not really restricted in its distance from the nucleus. It is therefore an orbital.

The orbital has some features that are similar to the older models (it has to since we still need to rationalize older experimental outcomes). It has a fixed energy level corresponding to $n$ (corresponding to a shell). Different orbitals may be associated with the same shell but still have different energy levels dictated by $l$ (akin to the subshell).

There is an arcane lore of quantum mechanics, that says that movement of electron in a hydrogen-like atom (with exactly one electron) is fully specified by four numbers:

While movement of electrons in non-hydrogen-like atoms is somewhat different, the form of movement, i.e. orbitals, are mostly same, so it is generally said, that electrons in a multielectron atom may be assigned the same numbers (with a side-note that electrons cannot be distinguished) and no two electrons can have all four numbers the same.

'Energy level' is a completely different concept: it is a group of states possible for some quantum chemical system and having the same energy. This term may (randomly) pop-up in discussions where the electron is viewed as a singular particle with other parts of the system being 'framework'. While somewhat working, such considerations are incorrect and should better be avoided.

0
What's the difference between atomic orbitals and energy levels?
35
Difference between shells, subshells and orbitals
1
Check My Beginner's Guide to Shells, Energy Levels, Subshells, and Orbitals

3
What are Orbitals?
0
How do orbitals fill, what is the difference between them, and why is this stable?
6
Energy of electrons in the same subshell
1
Why does a neutral atom of beryllium not have any electrons in a p orbital?
0
Does the octet rule only apply to the second and third shell or does it apply further?