Can aged acetylcholinesterase be reactivated?

it is a well-known fact that certain phosphorus compounds can inhibit the enzyme acetylcholinesterase, and that the treatment of poisoning with such compounds is administration of atropine and some kind of oxime-containing compound. This needs to be done quickly, since another reaction, called "Aging" usually takes place, whereby a part of the phosphorus compound that does not act as the initial leaving group is hydrolyzed off, leaving a negatively-charged phosphonate or phosphate, which forms a salt bridge with the protonated, positively-charged histidine residue at the active site of the enzyme. Aging renders AChE resistant to reactivation by oximes. Is it possible to somehow reactivate AChE that has aged?

Until the late 2010s, it was considered impossible to reactivate acetylcholinesterase that has undergone aging. However, in recent years, new advancements have been made that show promise in this area.

A group of researchers investigated several sulfonium-containing alkylating agents that were supposed to alkylate the phosphonate moiety bound to the serine of aged AChE, in hopes that this would allow the enzyme to be reactivated by traditional methods.

Computational simulations suggested that all three of these compounds would be able to alkylate the aged enzyme.

Another group of researchers studied two aminoalcohols that would act by transferring a proton to the aged adduct. One of the compounds showed promise in reactivating aged AChE, as it was able to do so according to computer simulations. This is the molecule: 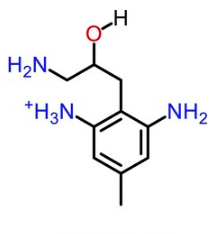 What is notable about this aminoalcohol is that it is predicted to be capable of reactivating the enzyme without alkylating the adduct.

Yet another series of compounds was shown to be successful in reversing the aging of acetylcholinesterase. These compounds reverse the aging reaction by alkylating the phosphonate/phosphate-AChE adduct, and also exhibit the potential to reactivate the enzyme entirely.

Unfortunately, they were quite slow to reverse the aging of acetylcholinesterase, with the most active compound, C8, resurrecting 12% of methylphosphonate-aged AChE in one day at a concentration of 4 mM.

In conclusion, while several compounds have shown promise in reactivating acetylcholinesterase that has undergone aging by traditional nerve agents or pesticides, therapeutic methods of administering those compounds have yet to be developed. Furthermore, these compounds have not yet been tested in vivo, under physiological conditions, or against other anticholinesterase agents such as Tabun or the Novichoks.