Why is H in OH group is more shielded than in H in CH2 group (ethanol NMR spectroscopy)?

I am confused with this $\mathrm{^1H}$-$\mathrm{NMR}$ spectroscopy result: 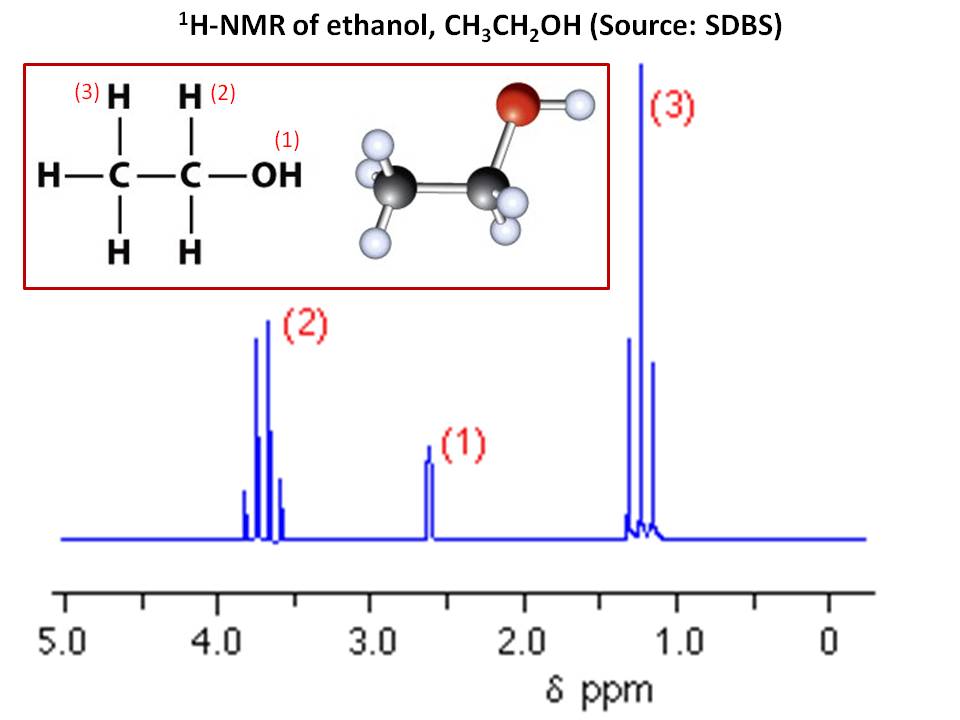 It is a myth that electronegativity is the only things that effect chemical shifts. However, electronegativity is only one of many things that effect chemical shift of a proton. Other things effecting chemical shift are magnetic anisotropy (e.g., large deshielding effects on aromatics and alkenes), steric compression (e.g., measurable $\Delta \delta$ values of alkene protons on cis- and trans-isomers), anisotropy of double bonds (e.g., measurable positive $\Delta \delta$ values of methyl group of methylcyclohexene and methylcyclohexane, $\delta_{\mathrm{sp^2}(\ce{CH3})}-\delta_{\mathrm{sp^3}(\ce{CH3})} \approx 1.60-0.92= 0.68$), solvent effects, etc.

All of above mentioned factors effect chemical shifts of proton attached to electronegative atom such as $\ce{OH}$ and $\ce{NH}$. In addition, solvent used and solute concentration are also fators changing chemical shifts of these protons. For example, let's consider alcohol $\ce{OH}$ protons. In dilute solution of alcohols in non-hydrogen-bonding solvents such as $\ce{CCl4, CDCl3,}$ and $\ce{C6D6,}$ the $\ce{OH}$ signal generally appears at $\delta \ 1\!- \!2$. For instance, residual peak in $\ce{CDCl3}$ is always appeared at around $\delta \ 1.6$. At higher concentrations in non-polar solvents, the $\ce{OH}$ signal moves downfield ($+\delta$) because when concentration increase, the $\ce{H}$-bonding increases as a result. For instance, the $\ce{OH}$ signal of ethanol comes at $\delta \ 1.0$ in a 0.5% solution in $\ce{CCl4}$, and it appears at $\delta \ 5.13$ in the pure ethanol (5-HMR-2 Chemical Shift): 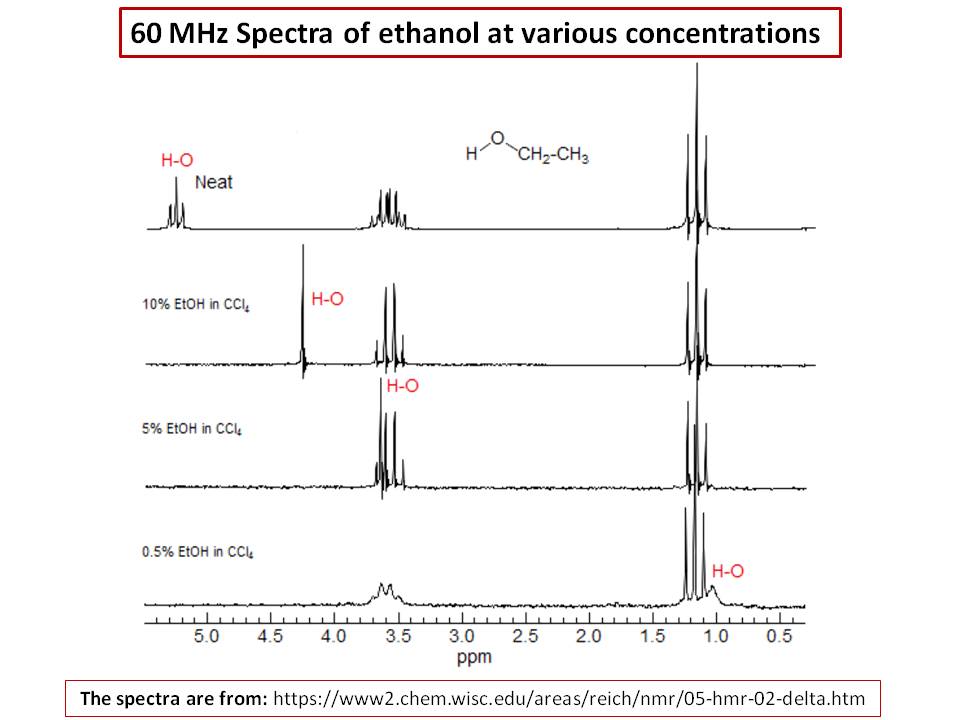 The solvent used to take the given spectrum is unknown. Based on the chemical shift of $\ce{OH}$ signal, one can assume solvent might be $\ce{CDCl3}$, which is the most common among NMR solvents, which does not promote $\ce{H}$-bonding. As you can judge by the image above, it might have taken in the concentration of 1-5% range.

11
Why are all the phenyl protons in benzyl alcohol equivalent in the ¹H-NMR spectrum?
8
rate determination by 1H NMR spectroscopy
5
13C NMR peak location in butanone
9
1H (proton) NMR spectra for alkanes
5
Why do carboxylic acid derivatives show a more upfield shift than carbonyls in 13C-NMR?
3
1H splitting pattern of benzyl CH2 protons
2
Why am I getting a triplet instead of a singlet on NMR for aryl HH2-group?