Would any alkene possibly aromatize with proper conditions?

I was reading about 2 specific reactions: polymerisation of alkene and aromatization of alkane (of a sufficient size).

I thought why can't, having a condition that favored both these reactions be created, there exist a chain reaction where an alkene starts polymerizing and when the chain becomes long enough, it aromatizes.

It's just a thought that I had but I can't figure out if it IS possible.

Your thought is actually happening in real life. Petrolium industry uses the same concept except for polymerizing ethene (may be that also used to get higher alkanes). Fluid Catalytic Cracking (FCC) is one of the most important conversion processes used in petroleum refineries. FCC (see the schematic diagram below)) is widely used to convert the high-boiling, high-molecular weight hydrocarbon fractions of petroleum crude oils into more valuable gasoline, olefinic gases, and other products such as aromatics (Ref.1): 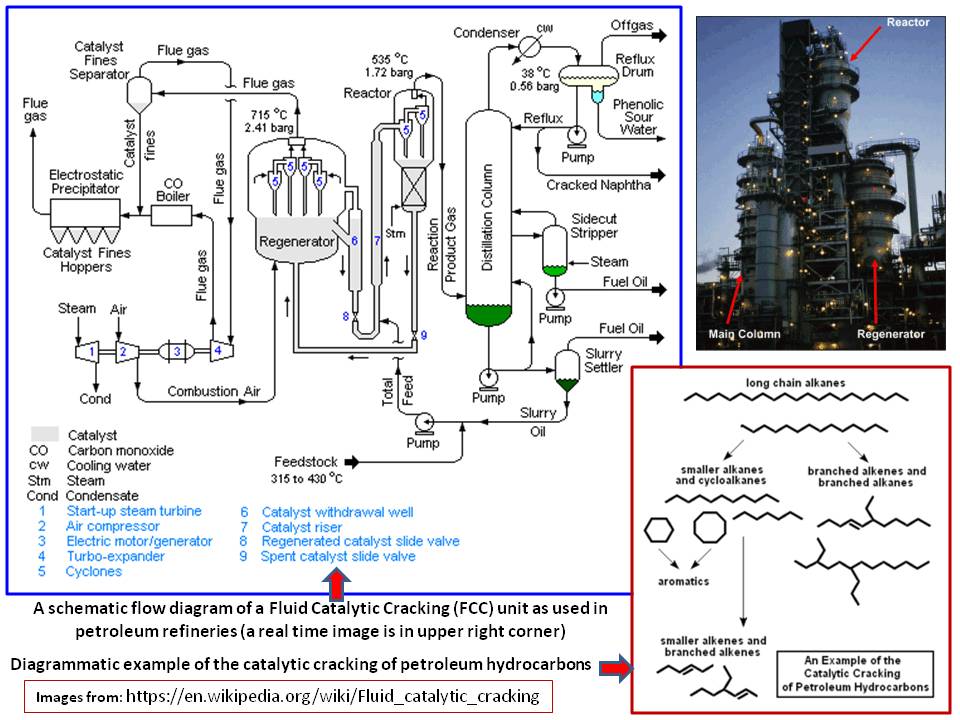 For example, a conversion reactor is used to carry out several reactions. A few of them are:

Not the answer you're looking for? Browse other questions tagged organic-chemistry reaction-mechanism experimental-chemistry aromatic-compounds or ask your own question.

3
Alkene reactions with sodium tert-butoxide and CHBr₃
2
Reasons for dry conditions in substituition reactions with benzene
3
Bromination Pathways with alkane, alkene, and alkyne substrates
4
Synthesis of trans alkene with organoborane
2
Interhalogen with alkene
6
Reaction of conjugated alkene with KNH2
1
Why does HF generate a carbocation with an alkene