As we have all heard, in 2018, a series of poisonings with a nerve agent alleged to be of the Novichok series was carried out on British soil. It is claimed that the agent used was A-234. However, a novichok agent was also previously used in the poisoning of a banker named Ivan Kivelidi in 1995. 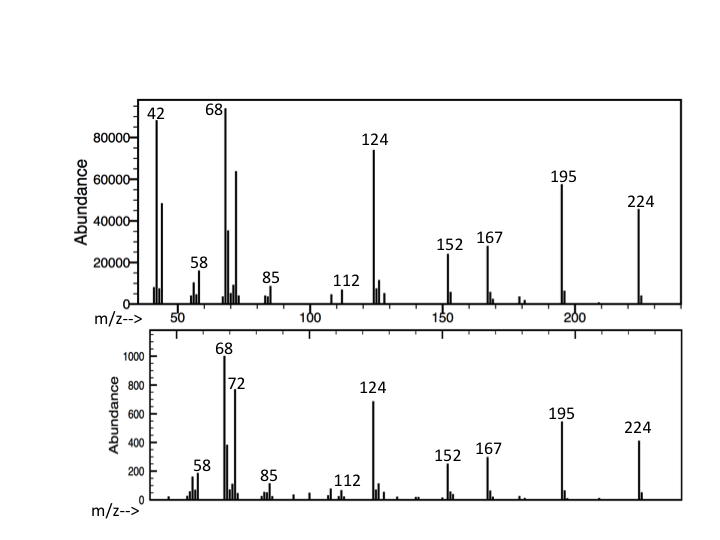 As one will notice, the spectra almost match, except for the fact that the top spectrum contains a peak with a mass of 42.The bottom spectrum has no such peak. What is the significance of this peak? How would the structure of the agent in the Kivelidi case differ from A-234? Is the A-234 spectrum correct?

0
Using the right equipment for successful detection of Novichok