When converting chlorobenzene to aniline, I drew the following mechanism and the book says it is correct, but there are 2 questions that I do not understand:

My thought on (2): forming $\ce{NH2-}$ ion from $\ce{NH3}$ is more stable than leaving the carbanion (the aniline with an extra electron) there, but I am not sure about whether this is a correct explanation. 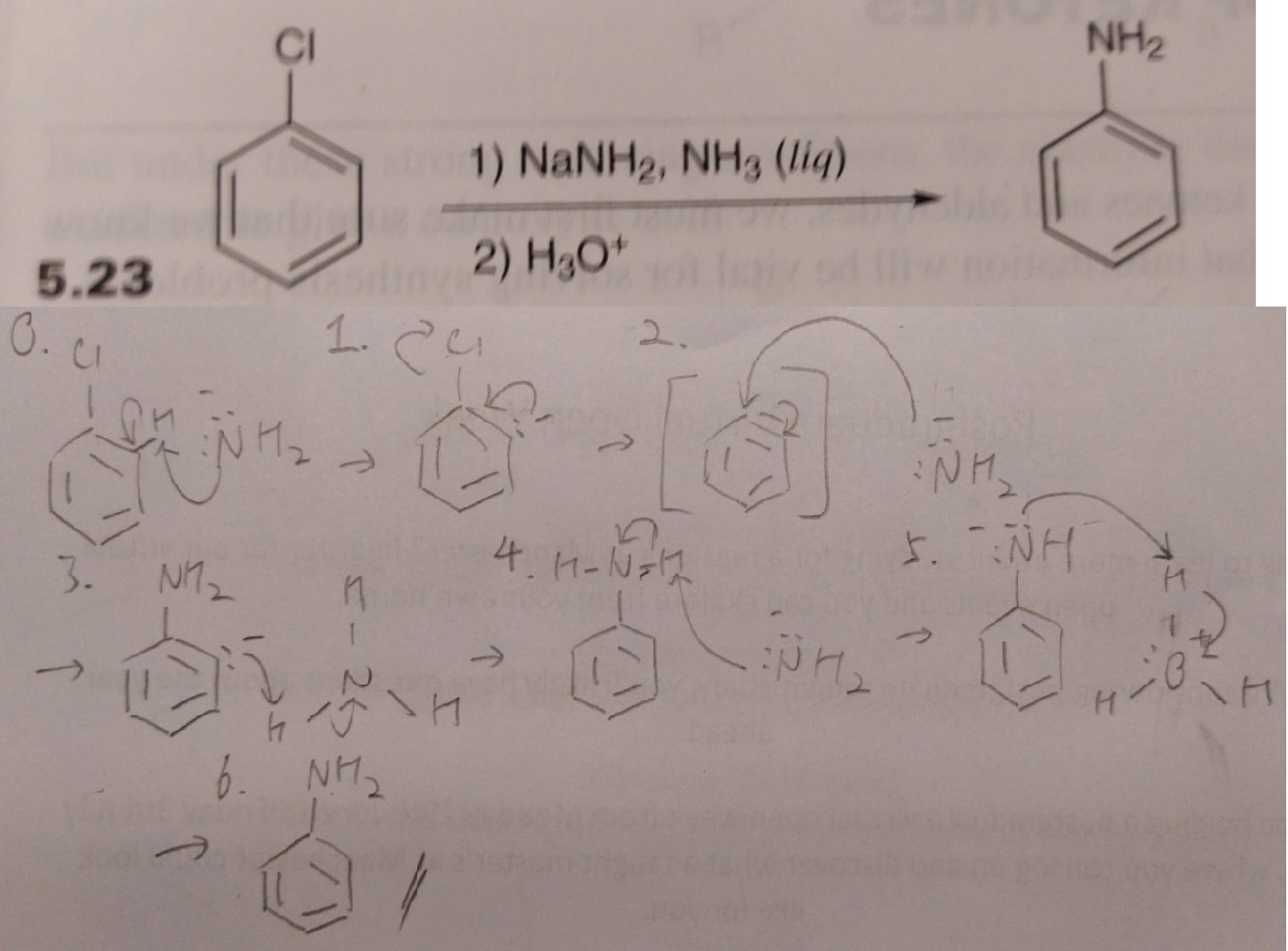 1. Electrophilicity of the triple bond

Hard-soft acid-base theory ties in with this question. The general trends in nucleophile-electrophile reactivity show that hard (highly charge dense) nucleophiles have a tendency to react well with hard electrophiles, and soft (low charge density) nucleophiles with soft electrophiles. This relationship is due to two competing factors; electrostatics and overlap of frontier orbitals. Hard-hard interactions lend their stability to electrostatic attraction, while soft-soft interactions rely on a good HOMO-LUMO overlap.

This will, as expected, result in a very weak orbital overlap. As a result, the split in energy between the resulting bonding and antibonding orbital is very small, giving a very low LUMO which can easily accept a nucleophile's electrons. From here: 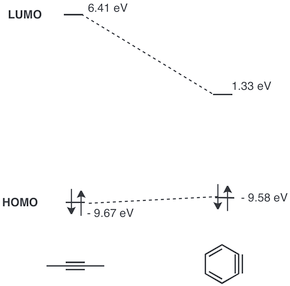 This is the source of the triple bond's electrophilicity.

Your assumption is correct that the anion is very unstable. According to this source, , benzene has a $\mathrm{p}K_\mathrm{a}$ of 43. This is due to the negative charge being situated in an $\pu{sp^2}$ orbital, which is highly charge dense, with no delocalisation into the ring (since it is not a part of the π-system). Ammonia has a $\mathrm{p}K_\mathrm{a}$ of 38, so its conjugate base, $\ce{NH2^-}$, is an extremely good base. This value is still lower than benzene's, so the benzene anion is still less stable. By a quick calculation, this gives the reaction above an equilibrium constant of roughly $\pu{10^5}$, heavily in favour of ammonia deprotonation.

1
Why does nucleophilic substitution of a haloalkane with ammonia produce ammonium, not a hydrogen halide?
11
internal alkyne stability to strong alkali
2
Electronic effects of substituents in the benzyne mechanism
3
Stabilization of multiple bonds through inductive effects
3
Why do resorcinol and iodine react to give 2-iodobenzen-1,3-diol?
5
Formation of enamine for unsymmetrical cyclohexanone derivatives