In what way trans alkenes are more symmetric than cis alkenes?

While providing the reason for the higher melting point of trans molecules, everyone says that trans molecules are more symmetric than cis molecules. An example can be found over here, where the OP states that:

trans-2-Butene has more symmetry than its cis isomer which results in better packing and hence higher melting point.

But to my (uneducated) eyes there doesn't seem any more symmetry (if any) in trans form than cis form of but-2-ene. I mean cis form is vertically and horizontally symmetric, whereas trans form is not.

Why do we call trans form more symmetric than cis form?

Trans alkenes have a $C_\mathrm{2h} $ symmetry, identified as such because it has a $C_2$ rotational axis (you need to rotate 180° to have an identical molecule) and a mirror plane perpendicular to that axis $\sigma_\mathrm h$. You need to follow the symmetry flowchart to assign symmetry groups.

A $C_\mathrm{2h}$ group is characterised by having: 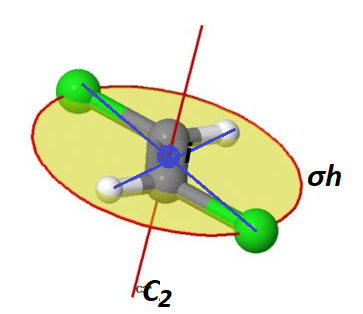 Cis alkanes have a $C_\mathrm{2v}$ symmetry; therefore they have: 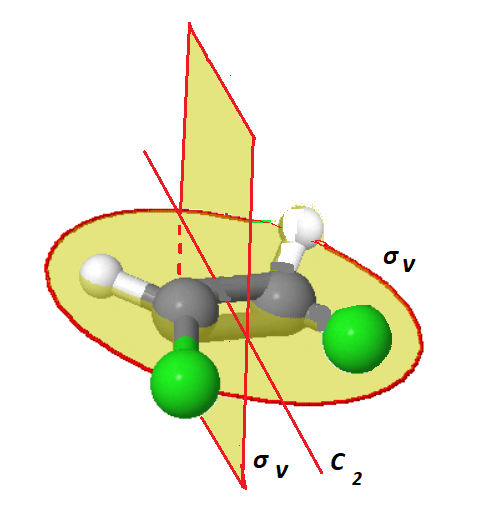 As you see a $C_\mathrm{2h}$ group has more symmetry elements and therefore sometimes people say "more symmetry" but this is not a technical way of describing it. To say which is more symmetric you need to consider the possible symmetry operations you can do.

A symmetric object is an object that looks the same if you rotate, reflect etc. The more operations you can do keeping the object identical, the higher the degree of symmetry. For example a sphere is "more symmetric" than a cube because you have much more symmetry operations you can do (you can have infinite rotation axis and infinite mirror planes etc.). In the case of alkenes the main difference between the trans and cis ones is the so-called inversion point (blue drawing in first figure) that only the trans alkene has and therefore is "more symmetric".

0
Cis-Trans Isomerism
13
Boiling and melting point of trans- and cis-but-2-ene
13
What makes trans fats more harmful than saturated ones?
4
High Degrees of Symmetry in Molecules
4
For two compounds that are symmetrical, why does the more compact one have a higher melting point?