Use IR and NMR data to define the structure of the molecule, the formula of the given structure $\ce{C9H10}.$ 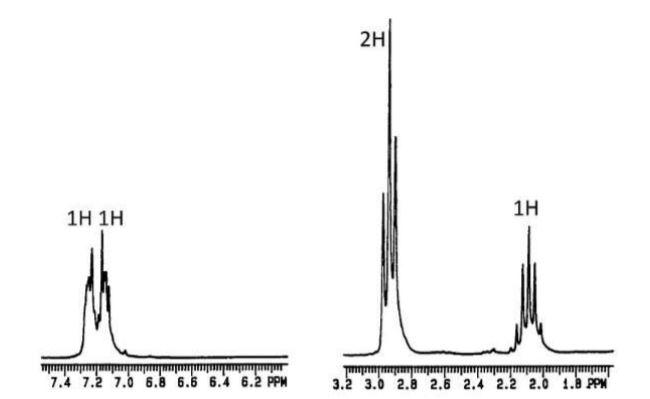 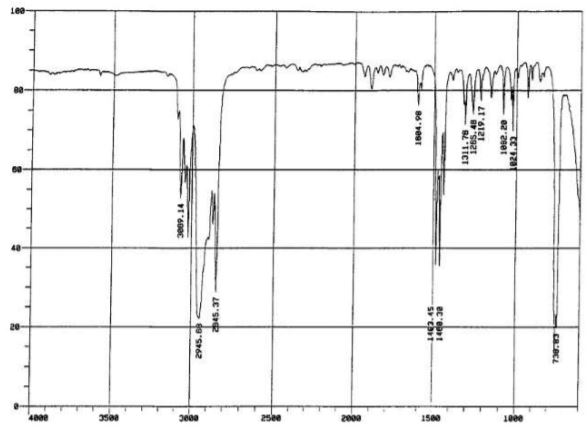 On what basis do we conclude that its structure is that (the answer) only? On what points can we identify the structure of this molecule?

I have found out that since its frequency is just less than $\pu{3000 cm-1}$ it is an alkane. Also, the approximate value of the chemical shift is near $7.2,$ hence it is aromatic. 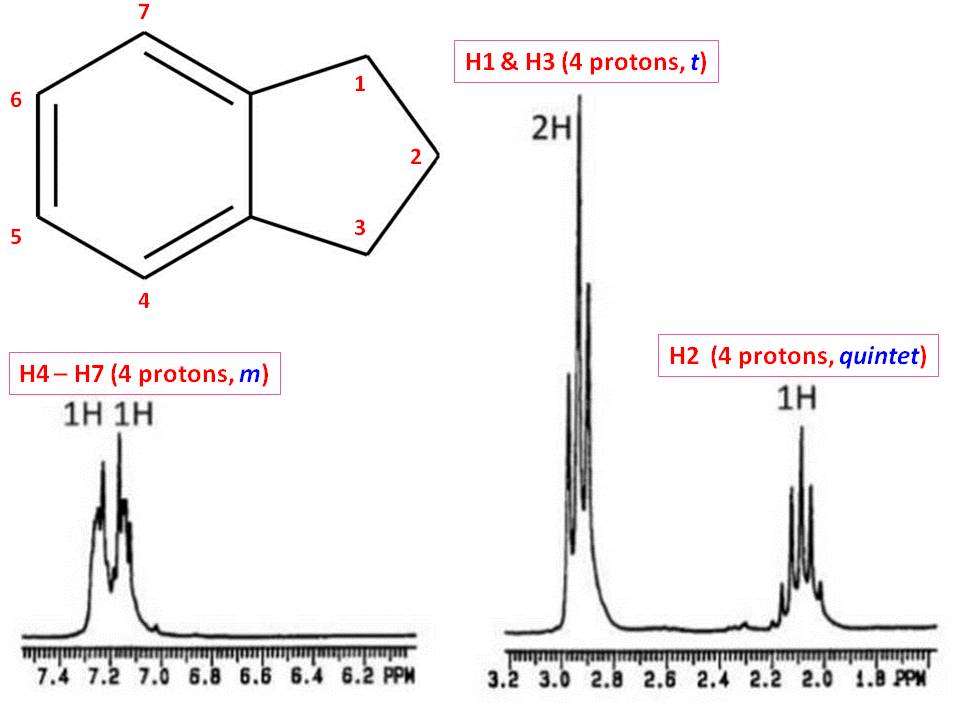 The protons on 1-$\ce{C}$ and 3-$\ce{C}$ are chemically and magnetically equivalent, and benzylic, hence the their relevant signal would be down-field to that of protons on 2-$\ce{C}$, which is usual acyclic aliphatic carbon. The benzylic protons have two vicinal protons, thus the corresponding peak is a triplet. Meanwhile, protons on 2-$\ce{C}$ have four vicinal protons (benzylic protons), thus the corresponding peak is a quintet (5 peaks).

Note: The integration given is a ratio, not correct number of protons.

Not the answer you're looking for? Browse other questions tagged analytical-chemistry molecular-structure nmr-spectroscopy identification ir-spectroscopy or ask your own question.

13
Can the amount of shielding in proton NMR caused by ring currents be predicted?
2
Analysis of multiple spectra to determine an unknown structure
4
How to explain two NMR spectra of the (allegedly) same compound with slightly different shifts?
4
The carbon-13 NMR for 1,1,1-trichloroethane
4
Am I using these spectra to identify the compound correctly?
1
Determining structure from C-NMR spectrum, is my answer correct?
3
Identifying the molecular structure of compound with sum formula C8H14O3 formula using NMR and IR spectrometry data