I am currently studying the textbook Mass Spectrometry - A Textbook, third edition, by Jürgen Gross. In chapter 1.4.5 Statistical Nature of Mass Spectra, there's a following example:

It is important to be aware that a single molecule can only yield one ion of one $m/z$ value. This ion may either reflect the intact molecule or any of its fragment ions. Statistics on thousands of ion formations and dissociations are needed to generate a useful mass spectrum exhibiting signals at different $m/z$ where each of them can be assigned a relevant relative intensity. To understand this, simply imagine a single methane molecule that gets ionized and detected as a molecular ion: this would lead to a spectrum showing a single line at $m/z$ $16$, the intensity of which would have no meaning beyond ‘yes’ and ‘no’ (Fig. 1.7a). Alternatively, the molecular ion might fragment to yield a single $\ce{CH3+}$ ion at $m/z$ $15$; again, the spectrum would show only one line. In fact, such a spectrum could not tell us whether the peak is caused by a molecular or a fragment ion. Eight ions might lead to a spectrum where each ion corresponds to $33.3 \%$ relative intensity (as in Fig. 1.7c) even though other distributions would be possible. Eleven ions could scale the intensity in $20\%$ steps, while 23 ions could lead to a spectrum with $10\%$ steps. It is evident that a spectrum with intensity levels as accurate as $0.1\%$ has to be based on thousands of ions (Fig. 1.7f). 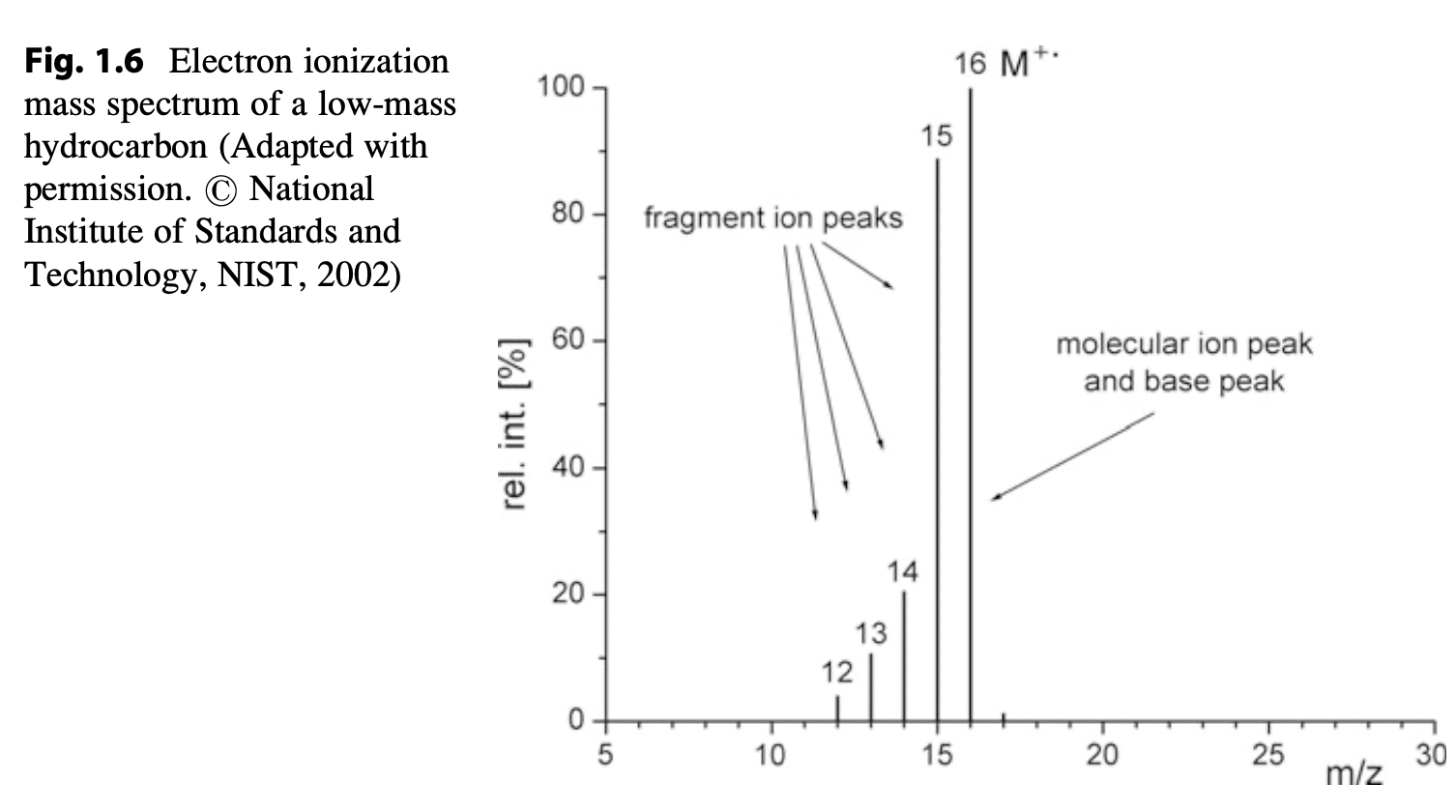 I would greatly appreciate it if people would please take the time to explain how the author identified $\ce{CH3+}$.

Browse other questions tagged mass-spectrometry or ask your own question.