Need to specify cyclic alkenes as cis or trans

I'm studying organic chemistry from John McMurry's book. Double bond's substituents can be on cis or trans configuration. An example for cyclic molecules is trans-cyclooctene and cis-cyclooctene, where the cis compound is more stable. On the other hand, in a naming exercise this molecule is named simple as -cyclohexene. None of the other molecules in the same exercise was named as cis or trans. 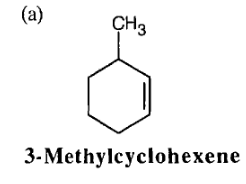 Both @Waylander's and my Comment are true as well as your conclusion. From the IUPAC Blue Book 2013: