The meaning of permanent dipole moment

I was asked in one question that which of all given molecules have a permanent dipole moment?

And $\ce{XeF6}$ was given as a correct answer quoting that it is a distorted octahedral, and hence the lone pair results in the molecule having a dipole moment. But since we know that the lone pair goes at each face of the octahedral one by one, the net effect should cancel out. Hence, is it correct to say that the molecule has a PERMANENT dipole?

I am having similar doubt in the case of the very fundamental ammonia example. Since it undergoes inversion do we say that it has a permanent dipole? 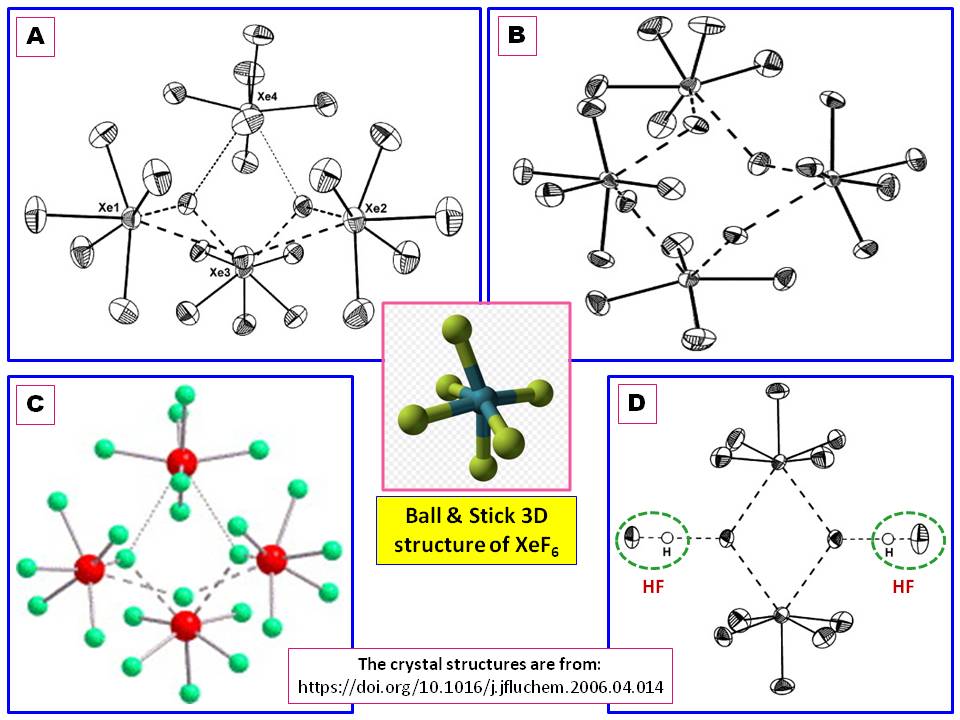 The abstract of Ref.1 tells them all:

The tetramer $\bf{C}$ (ball and stick version of $\bf{A}$) represent the general version of all modifications, a cyclic trimer with a weakly associated monomer. The symmetric dimer $\bf{D}$ is the structure of $\ce{XeF6}$ in the presence of $\ce{HF}$ (highlighted by $\color{green}{\text{green}}$ ovals). Nonetheless, all of these modifications display distorted octahedral structure for individual $\ce{XeF6}$ molecule as represented by ball & stick 3D structure in the central box. None of $\ce{F-Xe-F}$ angles are equal to $90^\circ$, which is the normal angle of central atom with two adjacent ligands in regular octahedron. As a consequence, $\ce{XeF6}$ has net permanent dipole moment since all six $\ce{Xe^\delta+-F^\delta-}$ bonds are polar.

For your question about ammonia, look at Ivan Neretin's comment and here where there is an accepted answer.

Addressing your second question, permanent dipole moment experimentally means that a molecule will be deflected by an electric field. Consider water as an example, open your kitchen faucet slowly, so that a think thin stream is steadily flowing. Charge a comb and see its deflection. Such molecules have a permanent dipole moment.

If you had cyclohexane or heptane (a molecule without a permanent dipole moment) nothing will happen, i.e., their streams will not be deflected by an electric field.

Always focus on basic understanding first before being bogged down by complex cases of ammonia inversion or invoking operators for electric dipole moments etc. 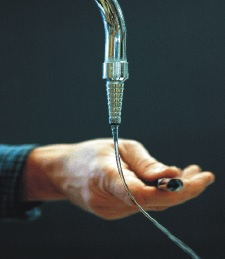 The distorted octahedral structure of $\ce{XeF6}$ produces a permanent dipole. The key word is distorted structure, which results from the $\ce{Xe}$ lone pair). 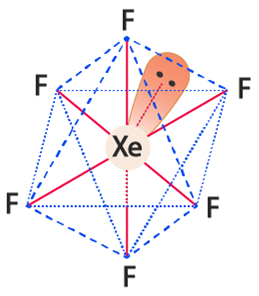 If a structure is distorted, this results in a (lowering) breaking of symmetry. If a molecule is unsymmetrical with strong polarising groups, there will be a local permanent dipole moment associated with it. In a general sense, you can think of bonds as vectors.

Now consider an perfectly octahedral molecule. You will find that the vector sum is now equal to zero, and therefore the molecule does not contain a permanent dipole.

Now for your $\ce{NH3}$ example. $\ce{NH3}$ has a distorted tetrahedral shape, where the bonds are forced away from the lone pair. The mistake is to assume bonds and lone-pairs are the same. The electron negative charge within the lone pair is held closer to the centre of the atom within the lone-pair orbital, and so repels the electrons in the bonds to a greater extent.

Not the answer you're looking for? Browse other questions tagged physical-chemistry bond dipole or ask your own question.

11
Why is ammonia still considered polar despite undergoing rapid inversion?