What does the question mean by how many electron pairs are in 2p orbitals? How does one tell? Given that both the oxygen and the nitrogen are $\ce{sp^2}$ hybridized, wouldn't there be two 2p orbitals? 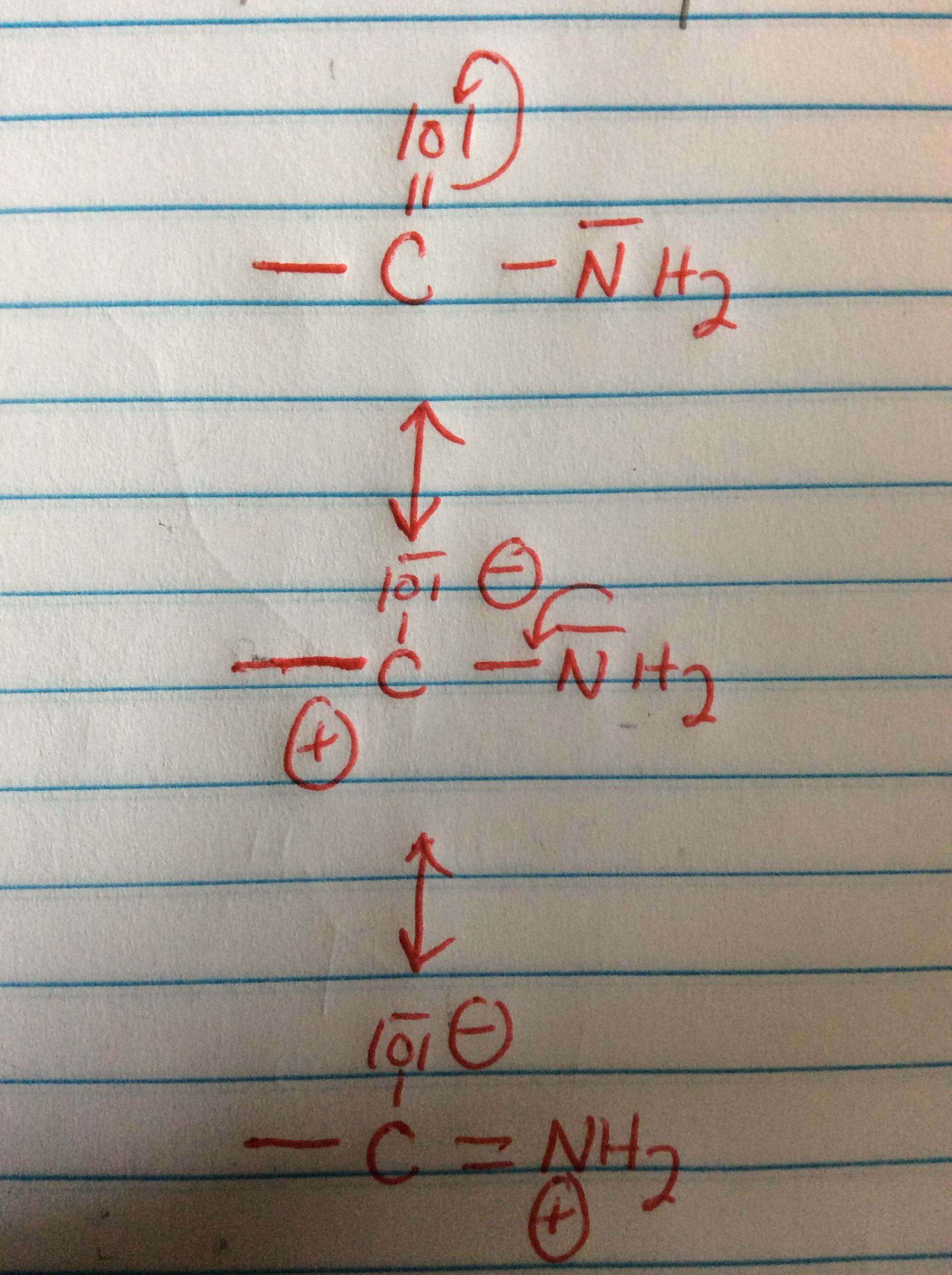 This seems to be a poorly worded question. Since the real molecule is represented by a combination of the 3 resonance structures, the correct answer would be "somewhere between one and two lone pairs in $\ce{p}$ orbitals." Adding the detail contained in the above paragraph would probably help the grader understand your explanation.

Not the answer you're looking for? Browse other questions tagged organic-chemistry orbitals valence-bond-theory or ask your own question.

5
What is meant by “no d-orbital”?
3
Orbital Electronegativity Considerations in Resonance Structures
33
What is actually the difference between valence bond theory and molecular orbital theory?
1
Mechanism in formation of acetals
1
What is the difference between a positive and negative electron orbital?
0
When finding hybridisation of atoms, why are double bonds and triple bonds only considered once?