Why does ring contraction take place in Wagner–Meerwein rearrangement?

An example of Wagner–Meerwein rearrangement given in my textbook is substitution by $\ce{AgNO2}$ in iodocyclohexane. One of the product, cyclopentylnitromethane is through ring contraction.

I don't understand how this took place. Can anyone explain the mechanism? 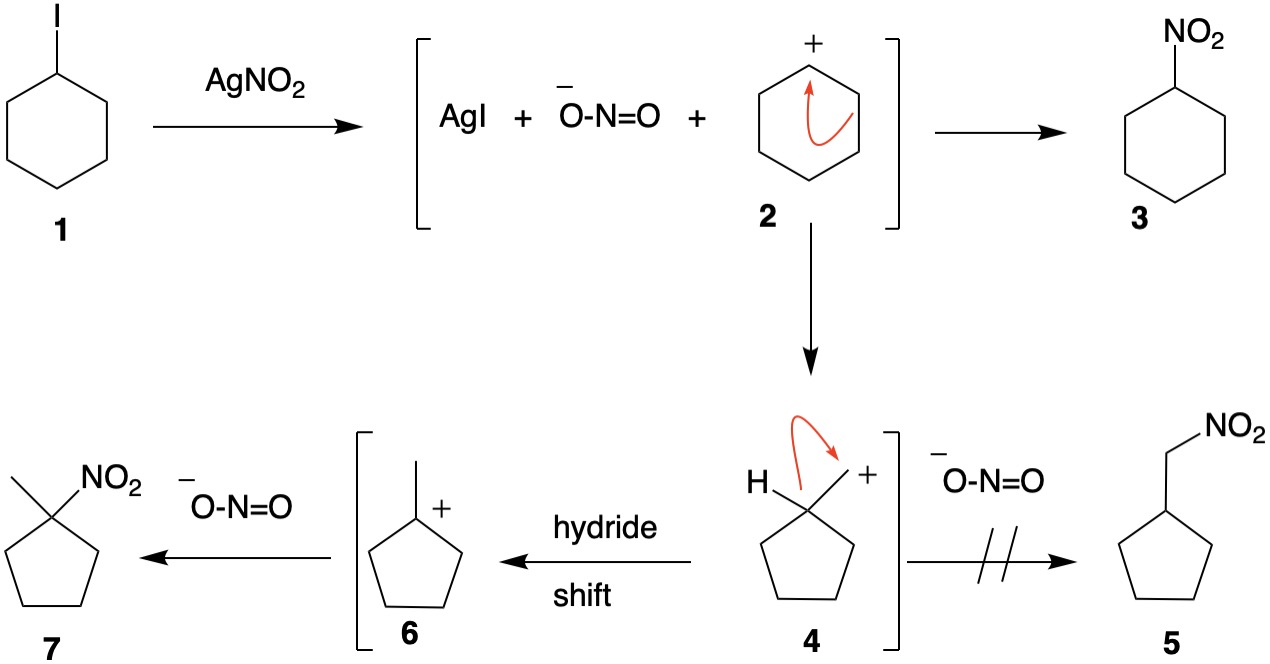 Not the answer you're looking for? Browse other questions tagged organic-chemistry reaction-mechanism carbocation rearrangements or ask your own question.