In the picture that I have uploaded, I have read that the given compound is chiral.

But on drawing the sawhorse structures (for better visualisation), I feel like the compound is symmetric about a plane that could bisect both OH and Cl.

What is it that I'm thinking incorrectly? 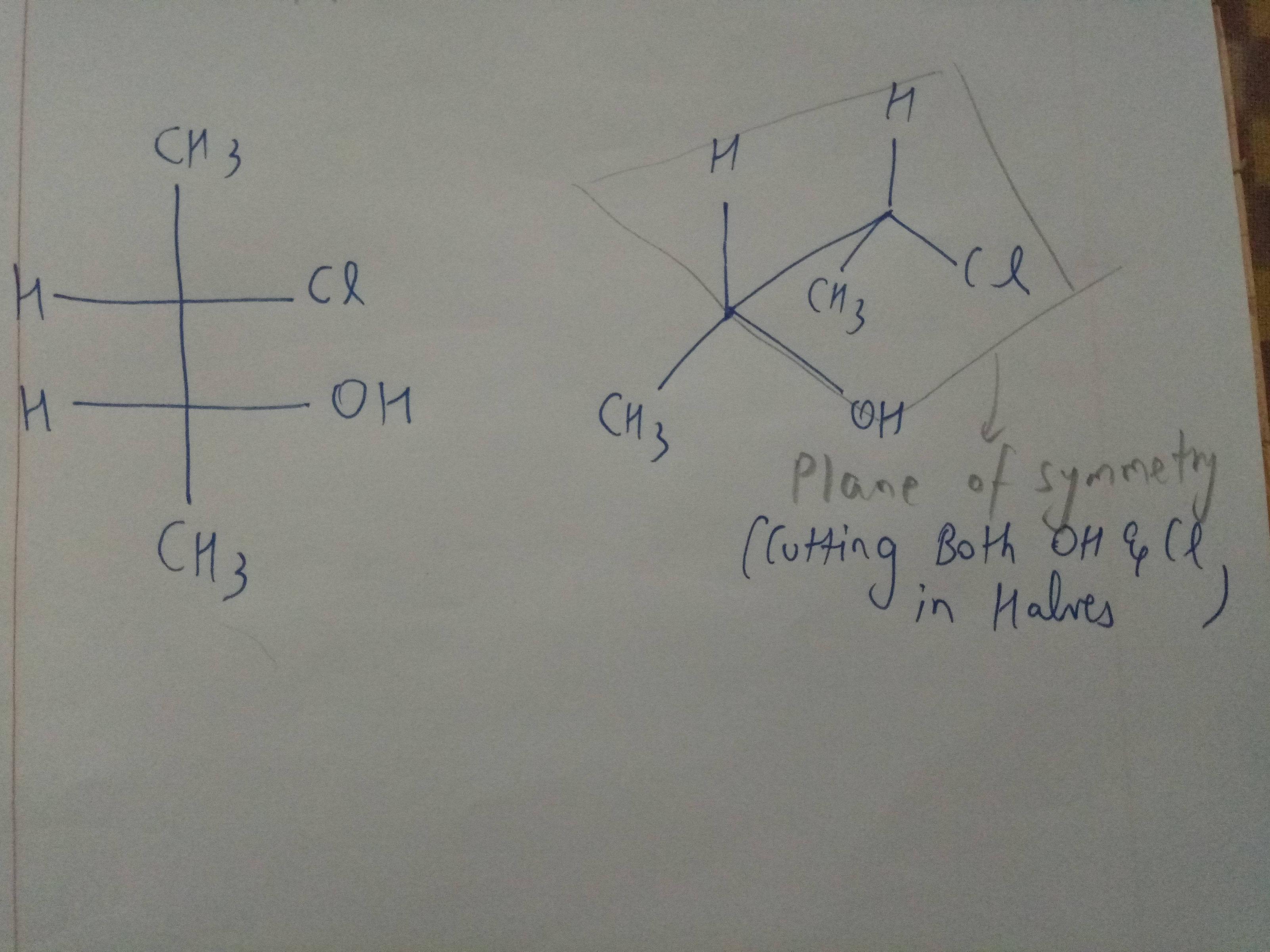 Originally, both of us, andselisk and I, thought you are taking about a plain which goes through all four groups ($\ce{H-H-Cl-OH}$ squire). It is a forbidden plane when it come to symmetry of a compound, if it had been the case. Fortunately it is not the case. We later realized after Mithoron's comment that the plane you are talking about actually goes through $\ce{C^*-C^*-Cl-OH}$ squire instead (asterisks indicate chiral $\ce{C}$s). That is an allowed plane for symmetry concern. Yet again, you are wrong about it's been a plane of symmetry. For your convenience, I draw all four possible isomers of 3‐chlorobutan‐2‐ol and relevant sawhorse structures showing the plane of your concern: 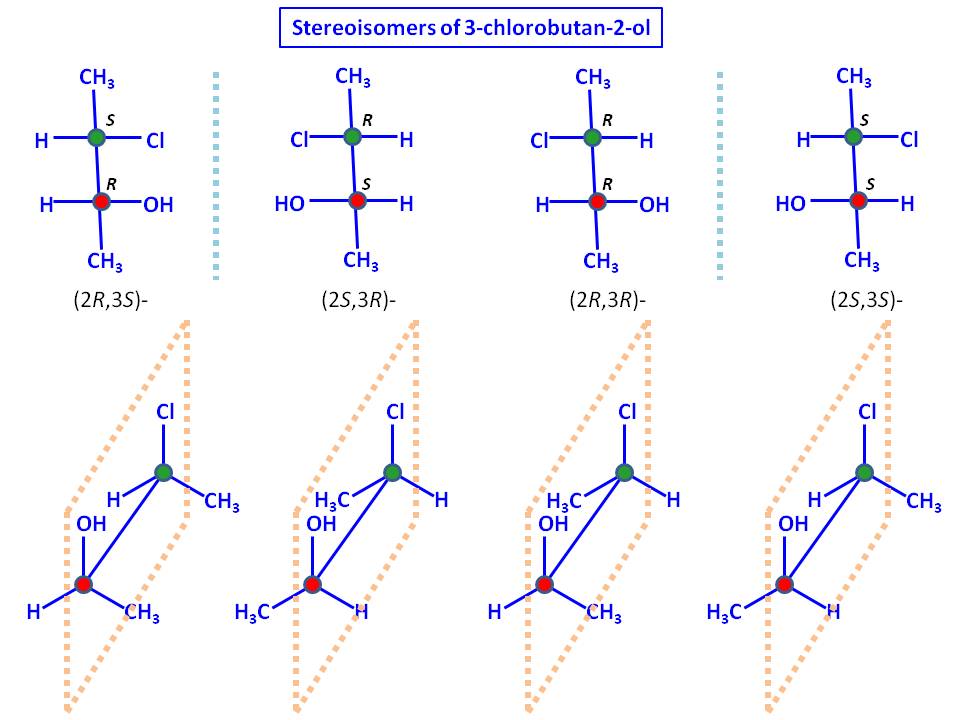 I tried to put the plane as it is a mirror on a plane where $\ce{C^*-C^*-Cl-OH}$ squire overlap. The particular stereoisomer representing both Fischer projection and sawhorse structure (with your 'plane of symmetry') is $(2R,3S)$-3‐chlorobutan‐2‐ol, so I drew that particular isomer first. Now look at my sawhorse structure below that particular structure. The $\ce{C^*-C^*-Cl-OH}$ squire is on the plane so that those groups and atoms do not count on symmetry. The only countable groups are two methyl groups and two hydrogen residues. If you consider the plane as a mirror (which dissects each $\ce{H-C^*-CH3}$ angle), you would see both $\ce{CH3}$-groups are in the front of the mirror and hydrogen residues are inside of the mirror (resembling mirror images). As a result, we can conclude that the mirror is not a plane of symmetry because each $\ce{H}$ atom can't be the mirror image of adjacent $\ce{CH3}$ group. Therefore, both carbon atoms marked with $\color{red}{red}$ $\color{green}{green}$ circles are chiral centers. As a result, there are 4 stereoisomers for 3‐chlorobutan‐2‐ol: $(2R,3S)$-, $(2S,3R)$-, $(2R,3R)$-, and $(2S,3S)$- where first two and last two isomers are enanthiomers of each other (as indicated in the diagram).

Not the answer you're looking for? Browse other questions tagged organic-chemistry stereochemistry isomers chirality or ask your own question.

5
Are a meso compound and its mirror image isomers?

8
Optical isomerism in Co-ordination Compounds
7
Does an axis of symmetry determine chiralty?
6
1,2,3-Trimethylcyclopropane stereoisomers
13
Mismatch of plane of symmetry vs Gold Book's definition for a pseudochiral carbon
11
Are there chiral compounds that don't rotate plane-polarized light?
1
Do we need to check for all kinds of symmetry in a compound to declare it achiral?
9
Determining if the product would be cis or trans after an anti elimination on fischer projections