Why can alcohol undergo elimination just by sulphuric acid? 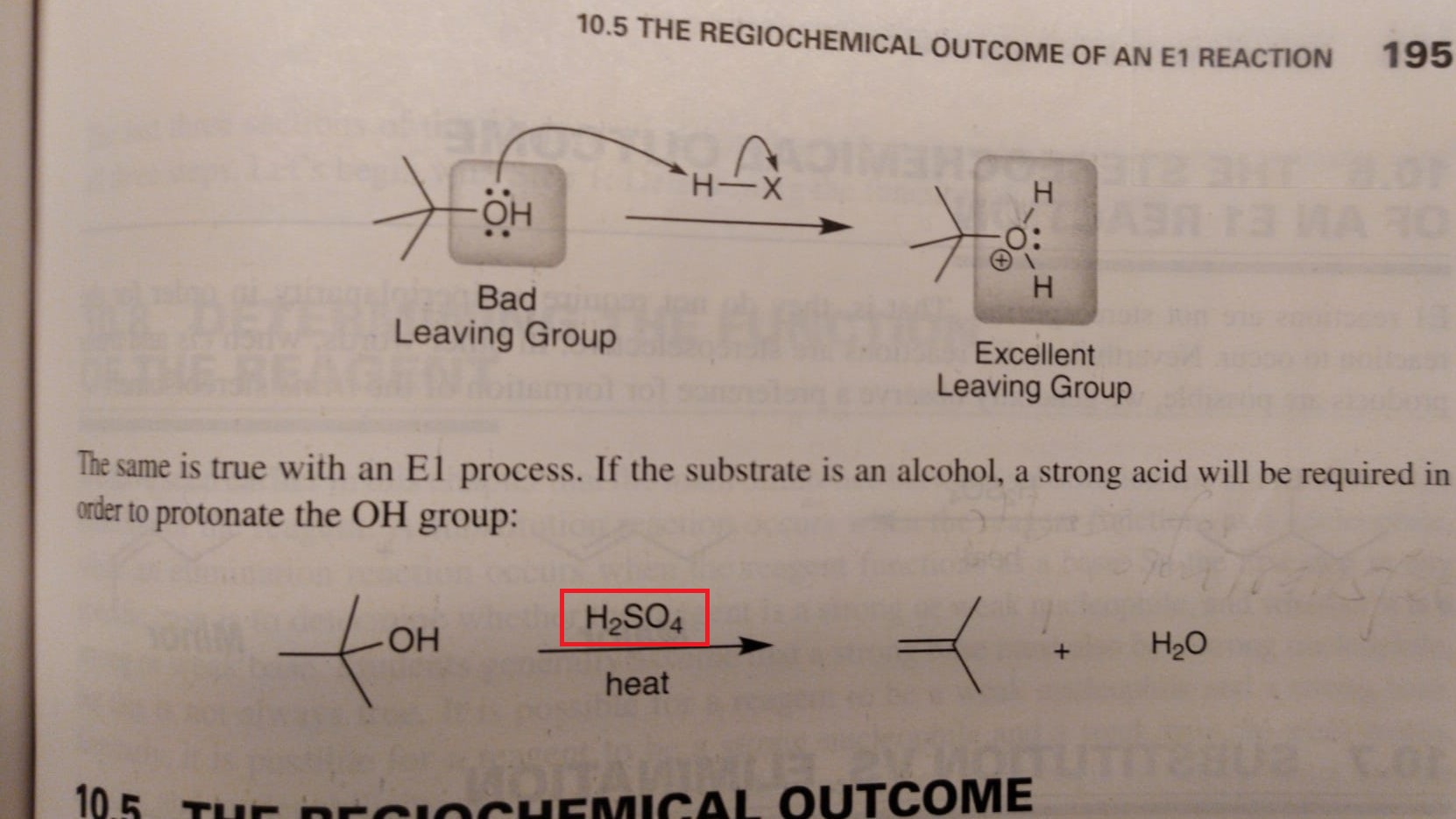 In E1, the way I understand it is that the resultant carbocation's protons become reasonably acidic as the conjugate base (an alkene) is very stable. They only require a weak base to be removed, so practically anything can remove them. It looks to me as if the likely weak base candidates are the water produced from the leaving group, or even another alcohol in the reaction mixture.

Primary alcohols will be less susceptible to dehydration by this method, as they follow an E2 mechanism which progresses much more slowly in acidic conditions due to the absence of a strong base (which would usually act to 'shove' the leaving group off, a weaker base gives a weaker 'push').

I have seen a few schemes for E1 and E2 in which the hydrogen sulphate ion acts as the weak base; the usual assumption is that there is a weak base that is able to capture the proton, but we don't necessarily care what it is because anything will do. As long as there isn't another half decent nucleophile in the reaction mixture, elimination will likely prevail.

As you can see from this image I found in Clayden Organic Chemistry, the proton in the reaction mechanism is often drawn as just 'falling off', emphasising that any weak base is capable, and abstraction of the proton is very likely by a large number of species.

(molecularity= no of molecules colliding in the RDS step). *In similar manner in case of elimination reactions E1,E2,E1CB the significance of 1,2 is the representation of the molecularity.

In case of E1 reaction like dehydration of alchol >formation of carbonation C+ from OH2+ is the RDS step .The reason for it being E1 is that there is involvement of only one substrate molecule in RDS ie molecularity =1 !

[]>(https://i.stack.imgur.com/Lq160.jpg) In case of E2 reaction like Alc KOH removal of H and LG takes place simultaneously.It is one step rxn with two molecules colliding in RDS step ie molecularity =2 .One is substrate and other is the Base .

In case of EICB reaction the condition are same as of E2 reaction only but the molecularity is 1. In E1CB reaction removal of H and LG is not simultaneous . First of all Base traps H and there is a formation of Carbanion.Then this carbanion removes LG in the next step.The molecularity of the reaction is 1 as only one molecule is involved in the RDS step .Hence called E1CB reaction .

Not the answer you're looking for? Browse other questions tagged organic-chemistry elimination or ask your own question.

3
Is it correct to say that dehydration isn't a subset of condensation?
15
By how many pKa units will the pKa value of a ketone be minimized by addition of a Lewis acid
10
Mechanism of the oxidation of alcohols with KMnO4
13
Does (2-fluoroethyl)benzene undergo elimination via E1cb or E2?
10
Why does a proton prefer to attack a double bond instead of protonating an alcohol in a reaction of unsaturated alcohol with sulphuric acid?
3
Does Ei or pyrolytic elimination reaction undergo carbocation rearrangement?