Why rutile structure have primitive unit cell instead of body centered?

In the literature (Wikipedia), I read that $\ce{MgH2}$ have a structure of rutile. Then, I looked at its space group which is $P4_2/mnm$. From this notation, I understood that it possesses a (tetragonal) primitive unit cell. However, when I looked at the structure of $\ce{MgH2, Mg^2+}$ ions are seemed to be ordered in body centered. Indeed, at each corner there are $\ce{8 Mg^2+}$ ions and in the middle, there is another one. Then, why is this called $P4_2/mnm$ given that it resembles more to body centered? Is there any smaller unit cell hidden here?

Thank you in advance. 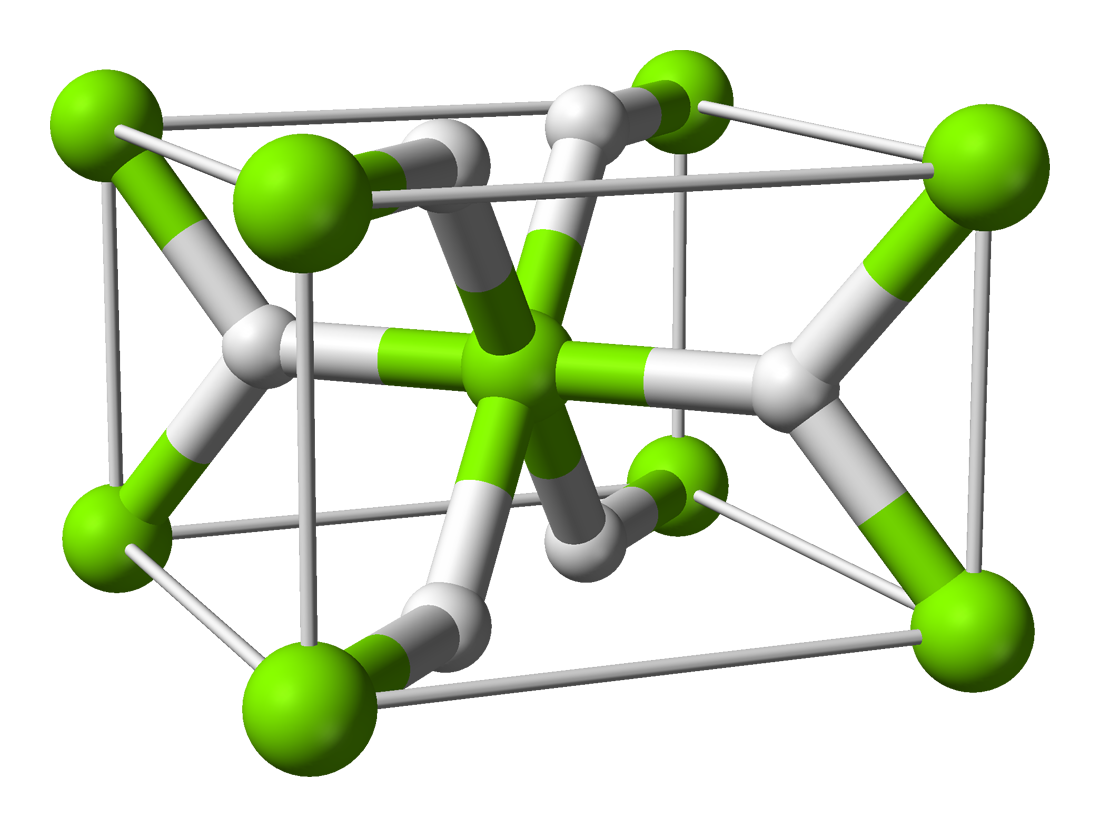 The X-ray powder pattern shows that two $\ce{Mg}$ atoms in the unit cell are in a body-centered configuration, i.e. $\ce{2 Mg}$ in $(000)(\frac12 \frac12 \frac12)$. A consideration of all tetragonal space groups shows that there is one and only one possible choice of positions for the four $\ce{H}$ atoms leading to a plausible structure. This is,

By these statements, it can be concluded that the structure of $\alpha$-$\ce{MgH2}$ is indeed rutile type (not body-centered cube).

In another point of view, one would also suggest that the structure of $\alpha$-$\ce{MgH2}$ is face-centered cube, based on equal distances of $\ce{6 Mg-H}$ (see $\color{blue}{\text{blue box}}$ in following diagram; opposite face $\ce{H}$ atoms are highlighted in blue, red, and gray for visualization). However, again, calculations lead to $\ce{MgH3}$ in the unit cell, which would rule out the possibility. 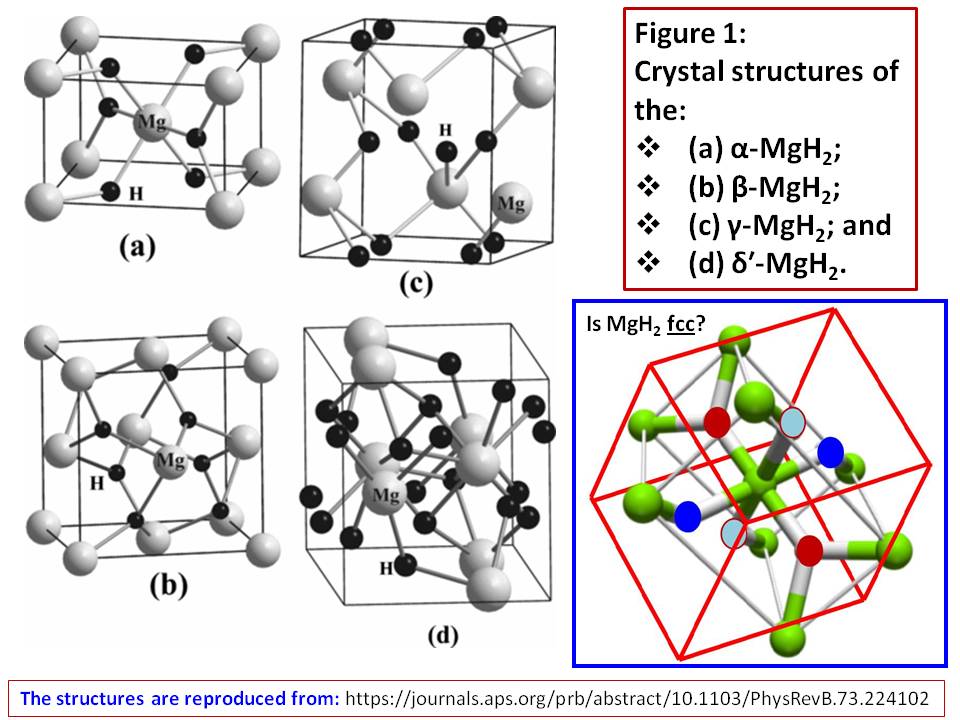 The bonding nature of $\ce{MgH2}$ is analyzed in recent studies with the help of charge-density, charge-transfer, electron-localization-function, and Mulliken-population analyses, which clearly have shown that all polymorphs of $\ce{MgH2}$ are to be classified as ionic materials with $\ce{Mg}$ and $\ce{H}$ in nearly 2+ and 1− states, respectively (Ref.4).

Why rutile structure have primitive unit cell instead of body centered?

For it to be centered, the centering operation has to apply to all atoms, not just the magnesium atom. This is not the case, as the picture demonstrates for one of the hydrogen atoms. The orange arrows show the putative translation operation, which applies for $\ce{Mg}$ but not for $\ce{H}$: 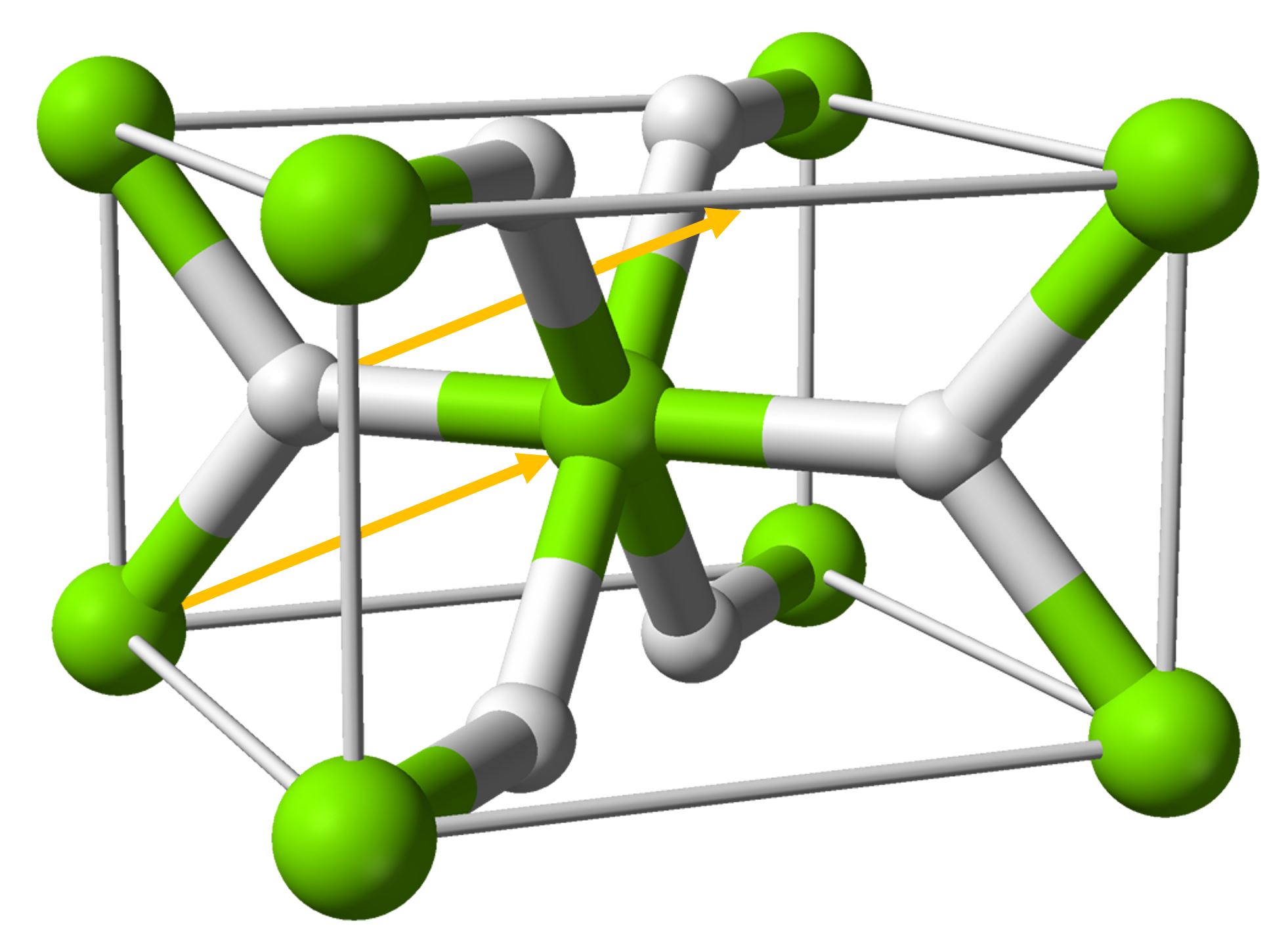 Not the answer you're looking for? Browse other questions tagged crystal-structure solid-state-chemistry symmetry crystallography or ask your own question.

1
Why lattice constant (unit cell) is always a parallelepiped?
0
How can I find the smaller symmetric structure from big crystal unit cell?
1
Does a unit cell have to contain a whole number of atoms?
1
Unit cell structure of ionic crystal
2
If a good choice of a unit cell should be the one of most symmetry ,then why keep body centered tetragonal if face centered cubic exists?