What is the difference in dehydration of cis- and trans-1,2-cyclohexanedicarboxylic acid in anhydride formation?

Is there some required stereochemistry for anhydride formation? Do both of them form the same product, or does one not even undergo dehydration?

I looked up cyclohexane-1,2-dicarboxylic anhydride's structure and found two images:

Does that mean both of them are formed?

organic-chemistry stereochemistry carbonyl-compounds
Share
Improve this question
edited May 18, 2020 at 11:04

The mechanism of formation of anhydride from a dicarboxylic acid is as follows: [1] 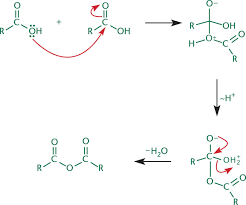 So as you can see, it involves a nucleophilic attack at the $\ce{C=O}$ of one of the carboxylic acids by the other one, following which internal rearrangement occurs and a water molecule is kicked out.

Stereo chemically, we are interested in finding out in which configuration can the lone pairs of oxygen from one of the $\ce{-COOH}$ attack the $\ce{π^* C=O}$ type antibonding orbital of the other $\ce{-COOH}$ group.

To achieve this, the nucleophile( oxygen in this case) has to align properly with the $\ce{π^*}$ orbital at the Bürgi–Dunitz angle. This configuration is necessary whenever a nucleophile has to successfully add to a carbonyl group. The interacting diagram will look like this for formaldehyde: [2] 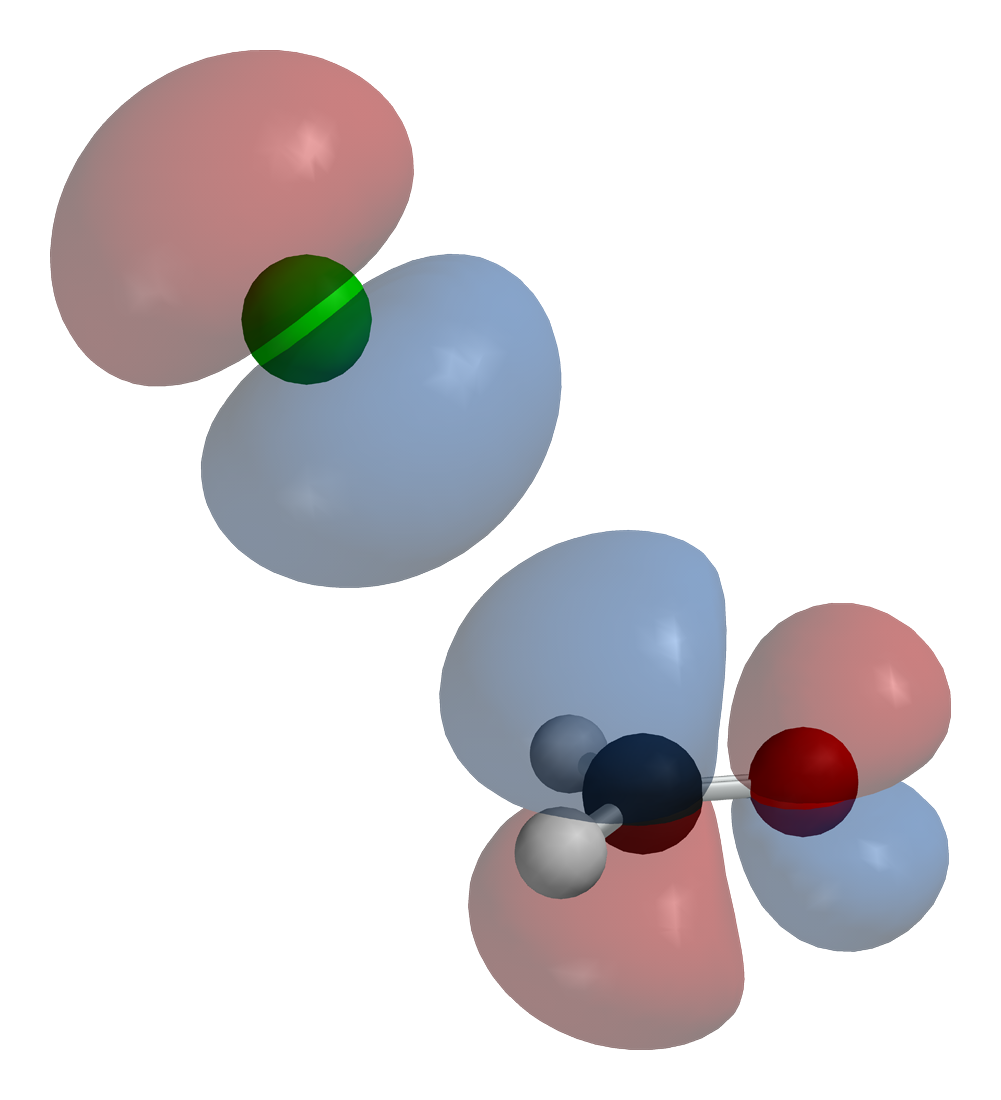 We can also roughly estimate that the situation will be similar for the $\ce{C=O}$ part of the carboxylic acid group.

To see which of the two reactants in question will form the required anhydride, one can simply look at the 3-D conformers of both in the appropriate orientation, and compare to see which of the cases resembles the standard Burgi-Dunitz interaction more closely as illustrated above

Here is the cis configuration: [3] 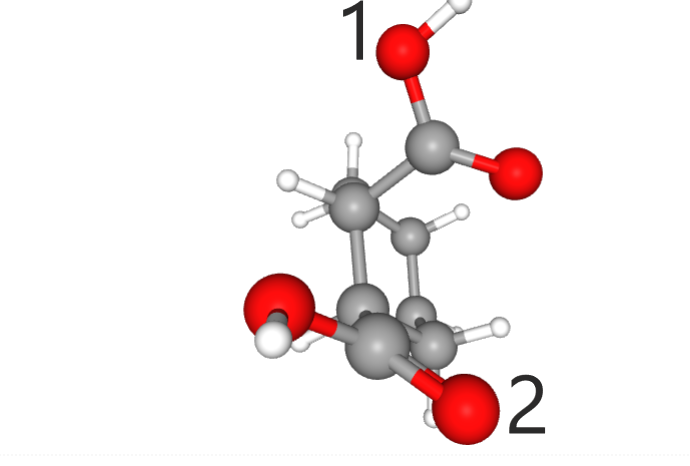 And this is the trans configuration: [4] 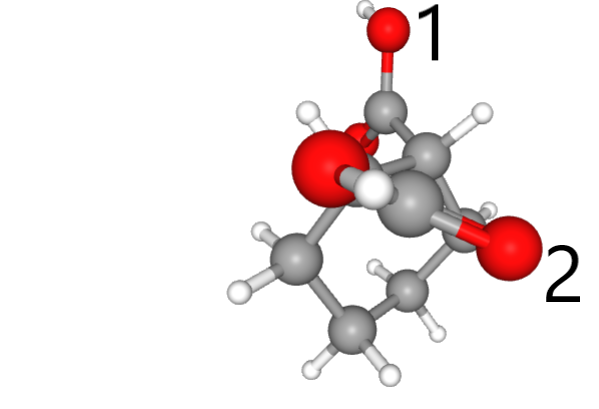 As you can see, the oxygen seems much more aligned with the carbonyl in the trans configuration as compared to the cis. So, 2 might form the anhydride more easily than 1 (that is, with a lower activation energy barrier due to reduced torsional strain)

Not the answer you're looking for? Browse other questions tagged organic-chemistry stereochemistry carbonyl-compounds or ask your own question.

3
Is this analogy explaining the difference between enantiomers and diastereomers correct?
7
Why does this compound only have one pair of enantiomers?
10
Enolate formation and tosylate displacement in cis/trans decalin
9
Bromonium ion or Mesomeric effect ( intermediate during addition to alkenes)
3
Action of KMno4/H+ and heat in this reaction
0
Difference between threo/erythro and cis/trans nomenclature