Mechanism for the ring contraction

In this reaction I am unable to understand its mechanism. How the peroxide HCCL3 is causing the ring contraction. I know that the 8 member ring is unstable due to strain and hence it will try to contract. But I am not able to initiate the mechanism due to reagents present. Please can someone explain me how the contraction of 8 members ring to 2 five member ring is taking place?

As has already been said in the comments, this is a free radical-based reaction. The peroxide $\ce{R1-O-O-R2}$ acts as a radical initiator( where $\ce{R1}$ and $\ce{R2}$ represent alkyl groups). These peroxide radicals generate $\ce{^.CCl3}$ which attacks the double bond and completes the reaction as shown.

An important point to note is that $\ce{^.CCl3}$ is regenerated at the end of the reaction, so it can be described as a catalytic intermediate for this mechanism 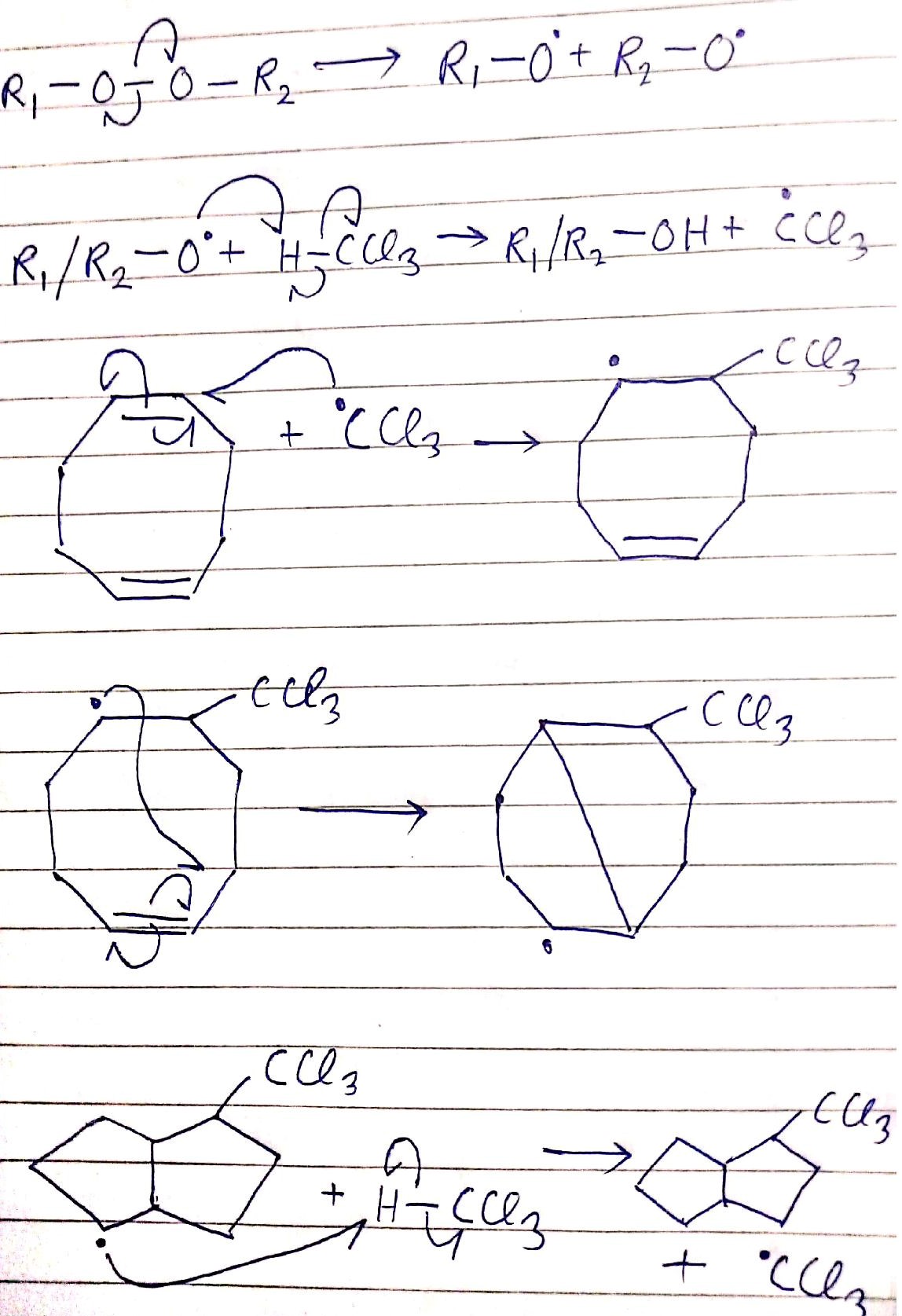 10
Ring expansion from a given cyclic carbocation
9
Why don't hydride shifts occur with hydrohalogenation of 4-methyl-cyclohexene?
6
Nitrosonium ion in the nitration of phenols
14
Rearrangement with sodium iodide (ring opening)
7
Bond cleavage of 3 membered cyclic ring on heating
0
What is the mechanism of ring contraction of 6-bromo-7-methoxy-2,3,4,7-tetrahydrooxepine from seven to five?
2
Why does ring contraction take place in Wagner–Meerwein rearrangement?
3
Rearrangement in dehydration of alcohol