It has been a little over a year since the last synthesis-golf was posted. I have talked to orthocresol and would like to help revive the tag! A full FAQ post has been written on chemistry.meta.SE, explaining the premise of synthesis golf and the 'rules'. Please take a look at this before answering (if you haven't already).

Hyperielliptone HA is a phloroglucinol extracted by Wu et al1 in 2008. The compound is of particular interest because of its highly unique structure and demonstration of DNA oxidation inhibition. 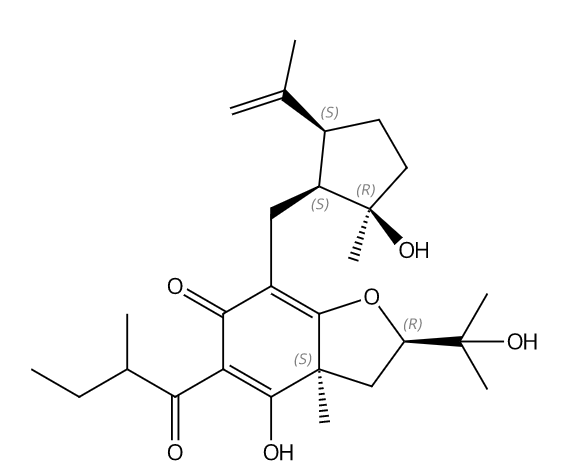 I'm sure there are a lot of issues with my attempt I haven't spotted (or maybe some of the ones I have are in fact lethal), but I saw the question and thought I'd give it a go.

Went straight for the Diels-Alder with something resembling Danishefsky's diene. Disconnection to reveal the species I named A and B comes from a Baylis-Hillman reaction, which works reliably with α,β-unsaturated esters (unsure whether the attached enol-looking oxygen would have anything to say about this). Asymmetry in A is provided by a Sharpless epoxidation, and in B by a bit of a longshot centred on MacMillan imidazolidinones. 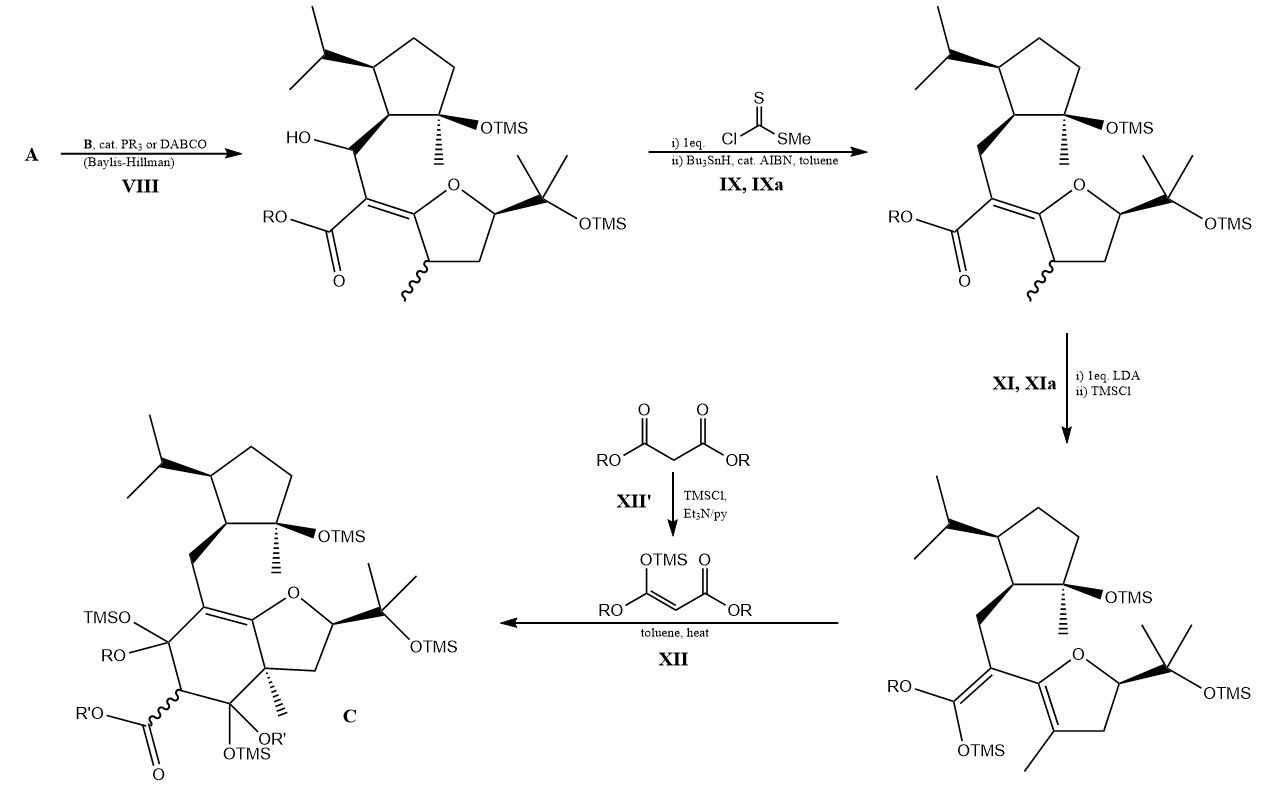 TMS groups are used throughout but could always be beefed up to TBS as they're removed with TBAF at the end anyway.

I'd welcome suggestions of a better way of achieving step IIIa (formation of the enol-ether-like structure in A).

I'm aware that these catalysts (R = Bn, BnIndole etc.) are designed with one-pot systems using poor nucleophiles and electrophiles in mind, and hence expect this to be a bit of a stretch. I'm wondering if a more robust method might be to go with stoichiometric addition of the imidazolidinone before addition to THF containing the lithium alkyl cuprate shown to the left of step IV, rather than simultaneous addition of a Grignard and copper(I). The cyclisation seems like it would follow naturally and the correct stereochemistry would be provided by the imidazolidinone in accordance with MacMillan's models.

Not sure how big of a concern rearrangement during the Barton McCombie reduction step (IXa) is, but perhaps it would be better to conduct after the Diels-Alder; I don't know.

My hope is that the Diels-Alder step would get some stereocontrol from the 'B' section of the molecule folding down underneath the diene section, but expect this to be the sort of thing that has to be tried out in the lab.