Also, the OH group not being at the bridgehead carbon unlike former compound, shouldn't it have a better chance of forming stable alkenone after dehydration as the preferred product formed in Robinson annulation? The following image elaborates my doubt. 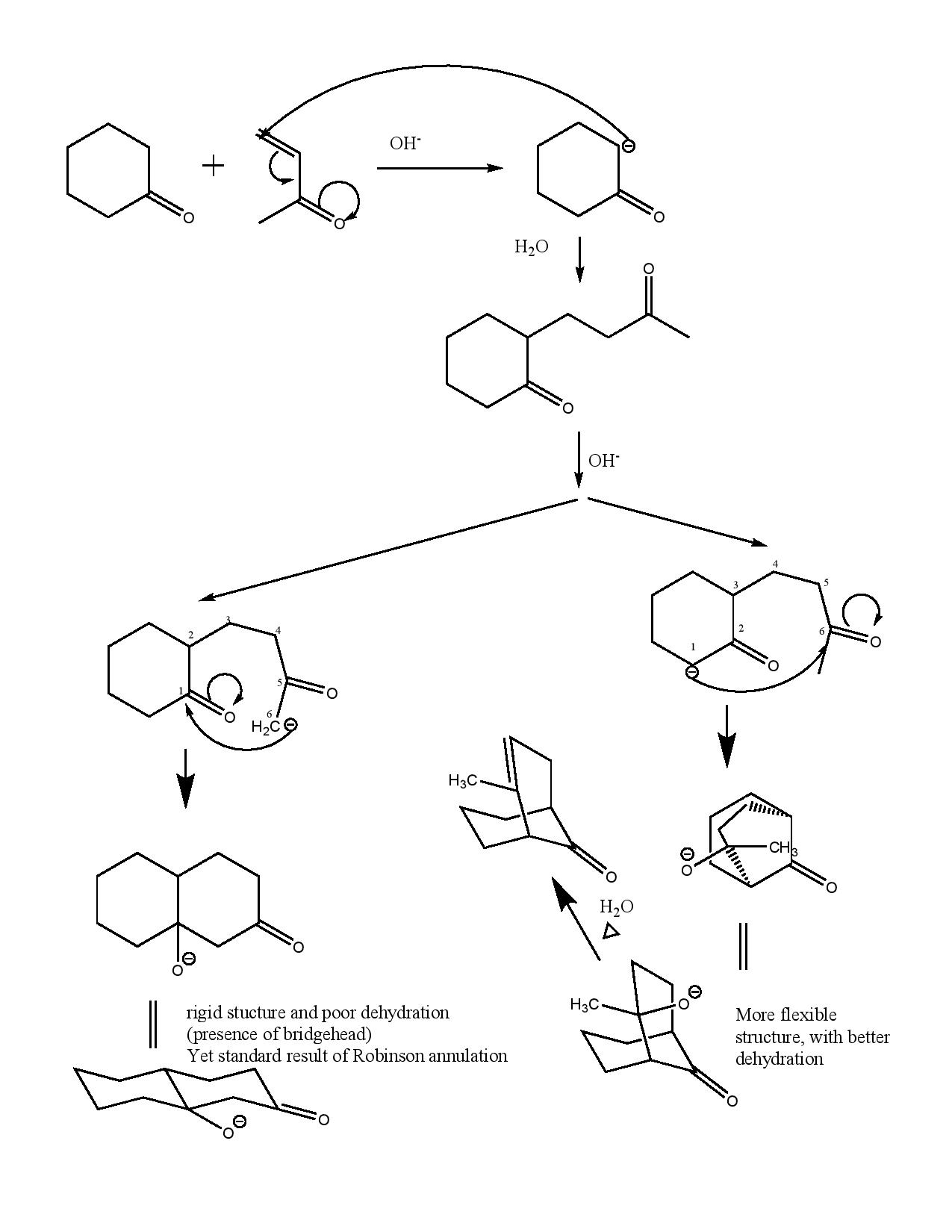 As per the Baldwin rule for enolate, the enol-endo reaction and enol-exo reaction is favoured for both exo-tet and exo-trig for six/seven-membered chain (from the excerpt is provided as above image).

organic-chemistry synthesis cyclohexane
Share
Improve this question
asked May 9 '20 at 21:15

Browse other questions tagged organic-chemistry synthesis cyclohexane or ask your own question.

7
Why does no Robinson Annulation occur after the Michael addition?
3
Decarboxylation product of bicyclic compound
1
Reaction of formic acid with bridged bicyclic compound
1
Why there isn't any unimolecular addition reaction?
5
What will be the final product when the above bridged compound is heated with concentrated sulfuric acid?
8
Why is phenyl shift preferred over methyl shift in cumene hydroperoxide reaction?