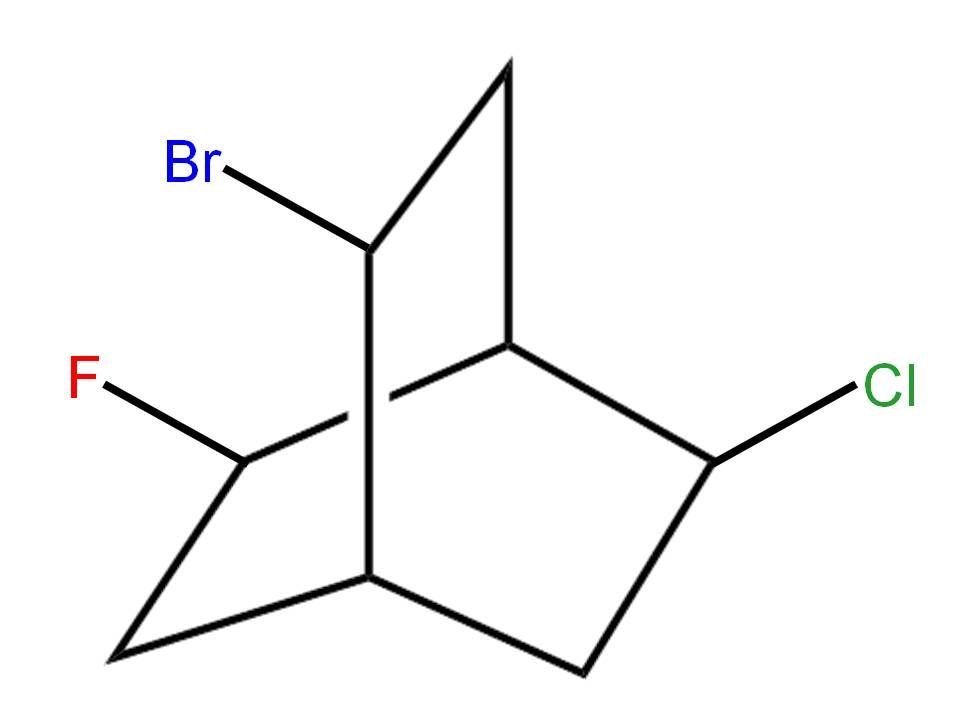 organic-chemistry nomenclature
Share
Improve this question
edited May 9, 2020 at 20:00

You have already correctly identified the parent structure of the compound as bicyclo[2.2.2]octane.

The most important simplified criteria for the numbering for such structures are:

The compound that is given in the question doesn’t have any principal characteristic group that is expressed as a suffix. Thus, Rule (c) is not relevant in this case.

The compound also doesn’t have any multiple bonds. Thus, also Rule (e) is not relevant in this case.

Next, low locants are assigned to the substituents that are expressed as prefixes according to Rule (f). Note that all substituents are considered together in a series of increasing numerical order. Therefore, the correct name is 5-bromo-2-chloro-7-fluorobicyclo[2.2.2]octane rather than ‘2-bromo-5-chloro-8-fluorobicyclo[2.2.2]octane’ since the locant set ‘2,5,7’ is lower than ‘2,5,8’. 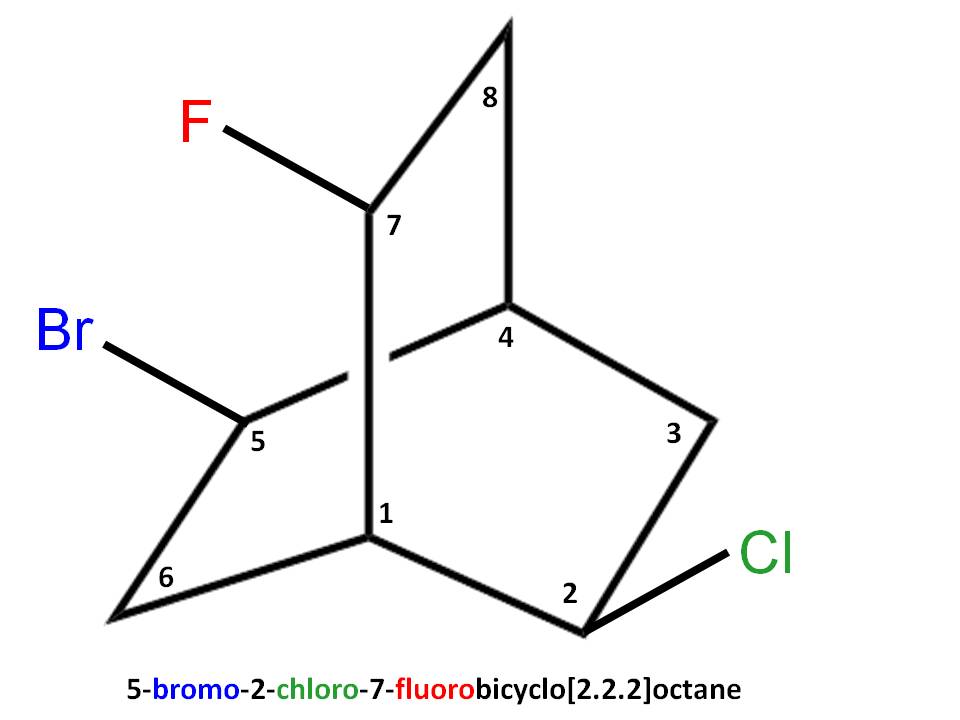 Only if there is still a choice, a low locant would be given first to the bromo substituent in accordance with Rule (g).