What can create black stains on metal after putting HCl on a tap full of limestale?

After putting HCl on a tap part that was really attacked by limescale, lots of gas began to form and limescale progressively disappeared, as expected.

However, the reaction left behind black soot-like deposits, on the cup holding the reaction but also on the sink (when washing away), that don't go away easily.

So, what could be this black deposit made of? 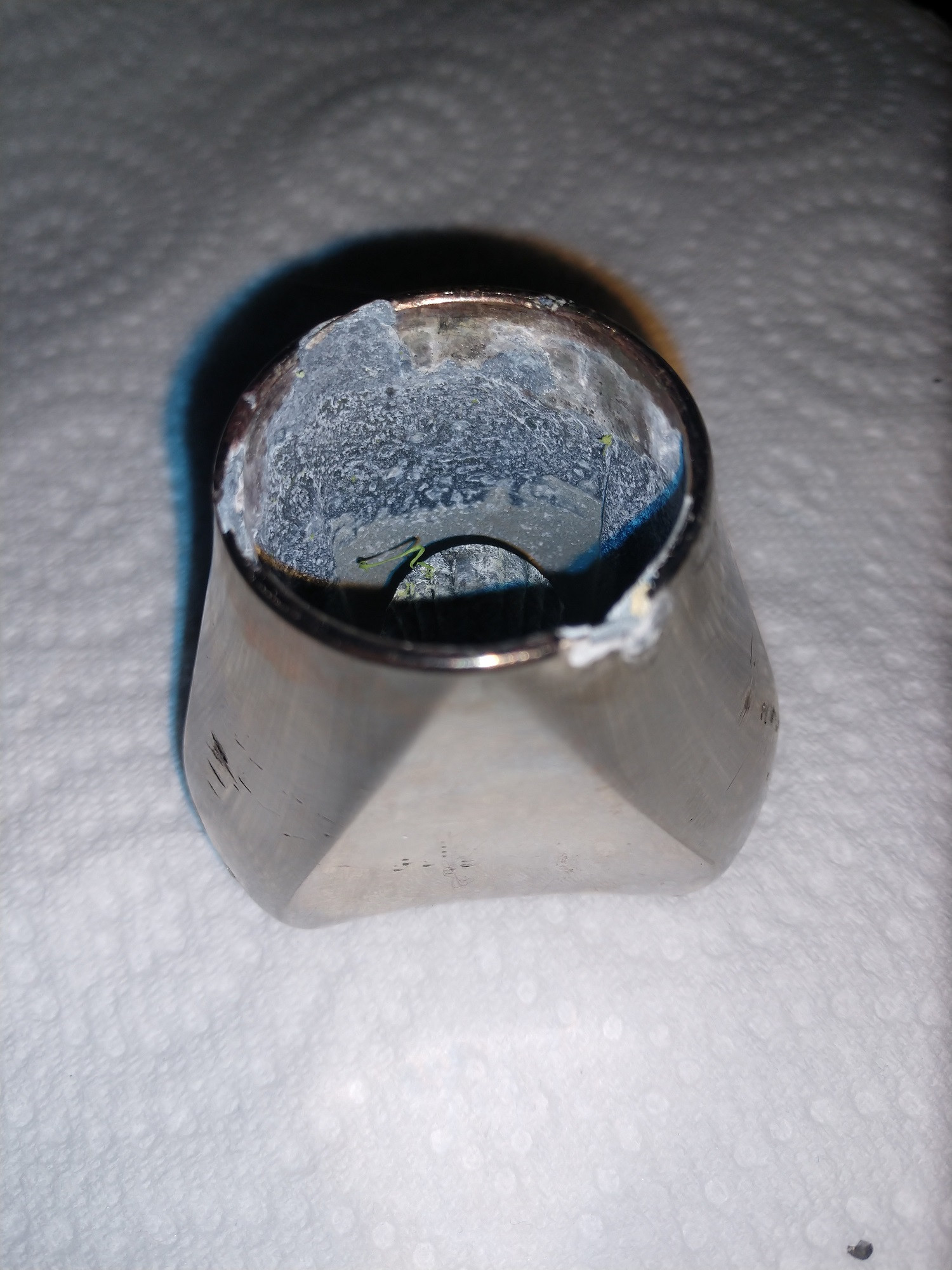 The red is copper; the knob is likely brass , possibly bronze depending on age. Your knob is not zinc or aluminum or the HCl would have done more damage. Difficult to determine what is black and what is shadow. It is less likely to cause damage in the future if you use vinegar and steel wool to clean-off carbonates.

1
Does Zinc become black & dull after reacting with dil. HCl?
0
Can metal oxides react with water to form a hydroxide, then that with HCl to make a salt?