Groups of the periodic table [duplicate]

Ask Question
Asked 3 months ago
Active 3 months ago
Viewed 33 times
-1
$\begingroup$
This question already has an answer here:
Why do some periodic tables have 18 groups while others have 8? (1 answer)
Closed 3 months ago.

Also, what is the difference in the groups labelled A and B, besides the fact that the B groups are the transition metals?

Even though your question get downvoted, I think it is an legitimate question for people to understand the trend. I believe I-VIII Roman numeral nomenclature belong to CAS system while 1-18 Arabic numeral groups are recommended by IUPAC (Ref.1). The IUPAC recommended Periodic Table is given below (ignore the Roman numerals, which I put in there to explain): 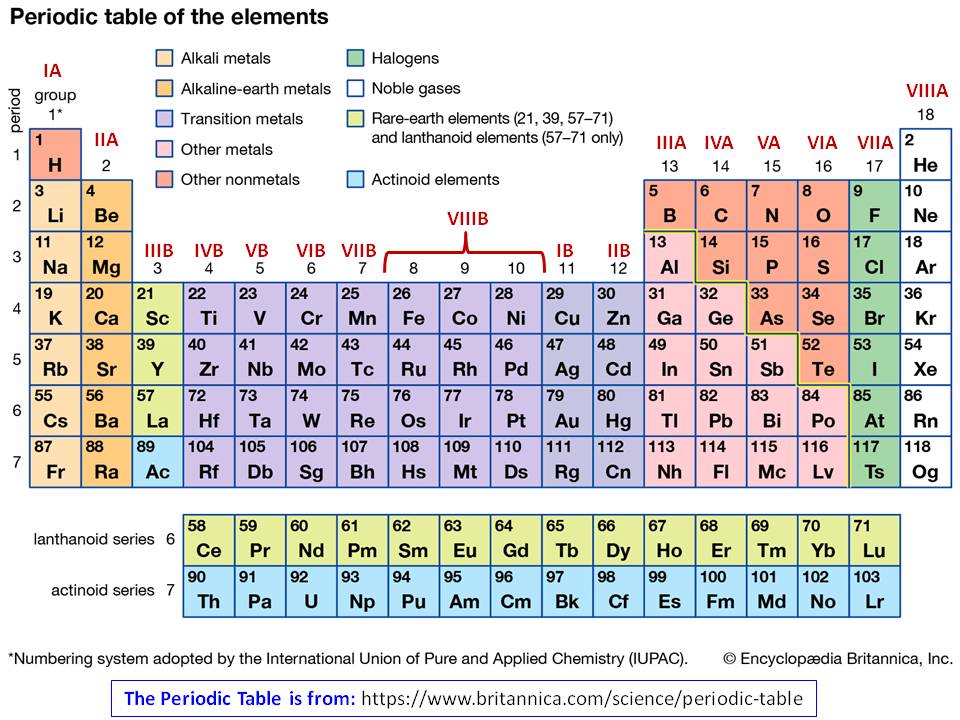 According to Ref.1, the confusion of Periodic Table of Elements has been addressed as follows:

H.G. Deming used the long periodic table in his textbook General Chemistry (See following diagram with Roman numerals only; Ref.2), which appeared in the USA for the first time in 1923, and designated the first two and the last five Main Groups with the notation "A", and the intervening Transition Groups with the notation "B". The numeration was chosen so that the characteristic oxides of the B groups would correspond to those of the A groups. The iron, cobalt, and nickel groups were designated neither A nor B. The Noble Gas Group was originally attached by Ueming to the left side of the periodic table. The group was later switched to the right side and usually labeled as Group VlllA. This version of the periodic table was distributed for many years by the Sargent-Welch Scientific Company, Skokie, Illinois, USA. $[\cdot\cdot\cdot]$

The designations A and B have been extensively and rather arbitrarily used in the meantime in textbooks and in publications. An investigation of the application of the subgroup designations A and B in all articles, which appeared between 1972 and 1981 and covered by Chemical Abstracts, revealed a completely arbitrary use of the designation. Moreover, more than 10% of the articles it was nearly impossible, from the wording of the text, to recognize which elements were being discussed without further information (Ref.3). 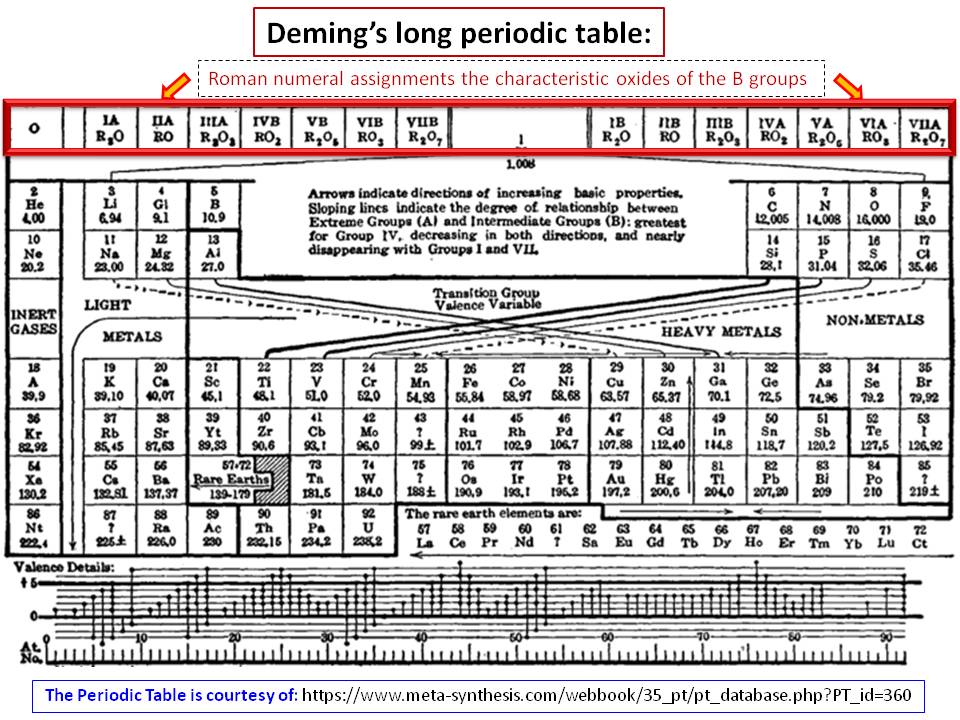 Thus, it is safe to say that this nomenclature is now outdated and not worth discussing.

2
Why do some periodic tables have 18 groups while others have 8?
8
Why are there 3 columns in Group VIII of the Periodic Table?

5
Where hydrogen belongs in the Periodic Table
12
Anomalous electronic configurations
9
Is there a mnemonic to study the spectrochemical series?
4
Why does Ruthenium only have one electron in its 5s orbital in the neutral oxidation state?
1
A full verion of the periodic table (For computer game)
24
“Middle row anomaly” of the periodic table
16
Diagonal relationships in the Periodic Table
7
Instability of heavy hydrides