How much time liquid mercury takes to evaporate?

I asked before about a thermometer that I broke yesterday. To summarize, I broke a mercury thermometer in my bedroom, which is a place where is difficult to have sure that I get rid of all mercury, but I cleaned the large amount without touching it.

However, I have more specific questions now. I discovered that I, by my lack of attention, have spread mercury along the house. I found a very tiny drop (really difficult to see) on the floor near to my desktop, which is in the living room, not in my bedroom. I also found a few same little drops in the bedroom, but it was really tiny. So, since I can assume that I will not be able to get rid of all mercury now, I have the following question:

I think that wait the mercury to evaporate it is the only way that I can get rid of them now. Also, I have to say that I live in a country which doesn't have a service to check the amount of mercury in the air of the house neither get rid of the mercury.

I found what maybe is more mercury tiny drops under a table in living room, but this time I tried to estimate the size of the possible drops. 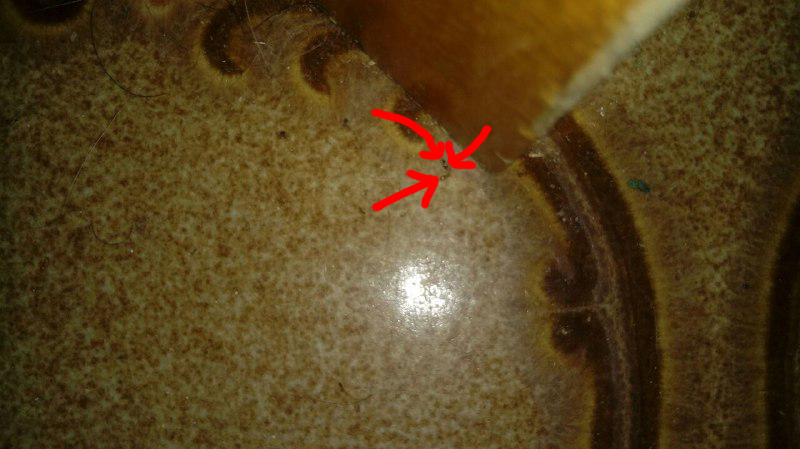 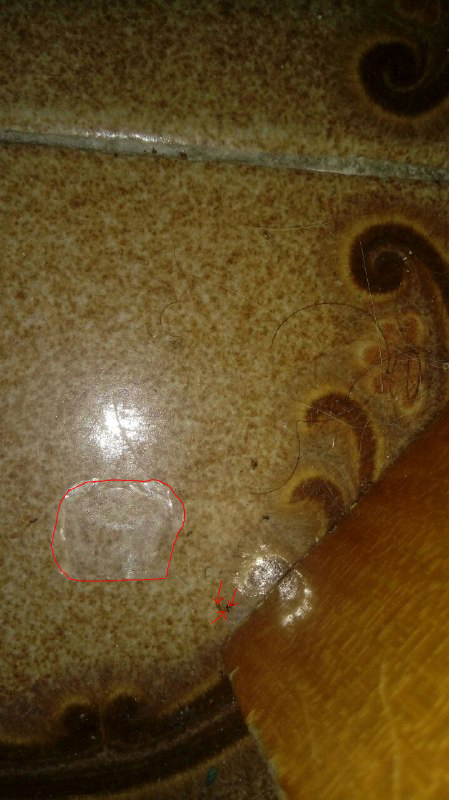 I know is it difficult to see, but I placed a piece of adhesive tape on the floor, which has the same size as my thumb's nail (about 1.4cm).

I don't know if is a good way to measure something, but I cut one of the three beads in a imagem editor and placed copies of it from on side until another. It takes about 30-40 copies to made the path. So, 1.4cm/30 results in each bead being at least about 0.47mm.

So, with this information, how many of that beads are needed to make the air dangerous?

I found this statement in a paper about $\ce{Hg}$ contamination from dental work:

They cited the following work as a source for that number:

German regulations (as an example) say that 0.035 µg/l of metallic mercury vapour in air pose no risk under lifelong exposition, and 0.35µg/l can be harmful under long (months?) exposition for some people. The math is full of imponderables, esp. the actual amount that was spilled and size of drops.

Swiss officials https://www.toxinfo.ch/quecksilberhaltige-fieberthermometer say that a single broken fever thermometer can lead to intoxications, but the risk can usually be averted by collecting as much as possible and ensuring proper, regular ventilation.

The following publication suggests that a properly cleaned up spill from a fever thermometer should become undetectable within several weeks, but the airborne Hg concentration can be significant in that time, and regular ventilation is highly recommendable.

But one thing is quite clear: A single, large blob that you miss (under furniture, wooden floorboard etc.) can stay for a very long time, and lead to potentially harmful concentrations in the air. There are a lot of reports about little mercury puddles that were found under floorboards during laboratory renovations, even decades after the last mercury instrument had been thrown out.

As the comments in the other post say, there is no need to worry. You'll probably get more mercury and in a more dangerous form by eating fish and seafood and even more if you should smoke. To stay on the safe side, open the windows in your house from time to time, as you probably are doing anyway.

Not the answer you're looking for? Browse other questions tagged safety vapor-pressure mercury or ask your own question.

5
What are the dangers of handling 0.12N sulfuric acid?
17
How to dispose of pure potassium
2
How to control and vanish termiticide/pesticide fumes from room
2
Is it possible to have only liquid in a closed container?
0
Cadmium Selenide, Cadmium Sulfide, Cinnabar and Lead Oxide toxicity