The H NMR analysis of the hydrogens in salicylic acid

I am currently working with an unknown and from the IR spectrum I was able to figure out that the compound I am working with is salicylic acid.

I am looking at the H NMR, but I am a bit confused on the deshielding, integration, and upsheilding of the hydrogens that are near the $\ce{OH}$ and $\ce{COOH}$ groups on the compound. Can someone explain this to me:

Attached is a picture 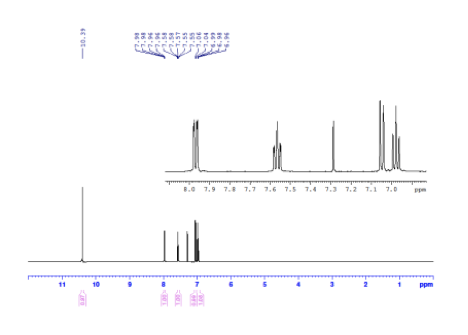 Since you have identified your unknown as salicylic acid (2-hydroxybenzoic acid), I'd help you understand how easily understand the substituents of aromatic nucleus induce shielding-deshielding effects. The following diagram illustrate the $\mathrm{^1H}$-$\mathrm{NMR}$ assignments of salicylic aromatic protons: 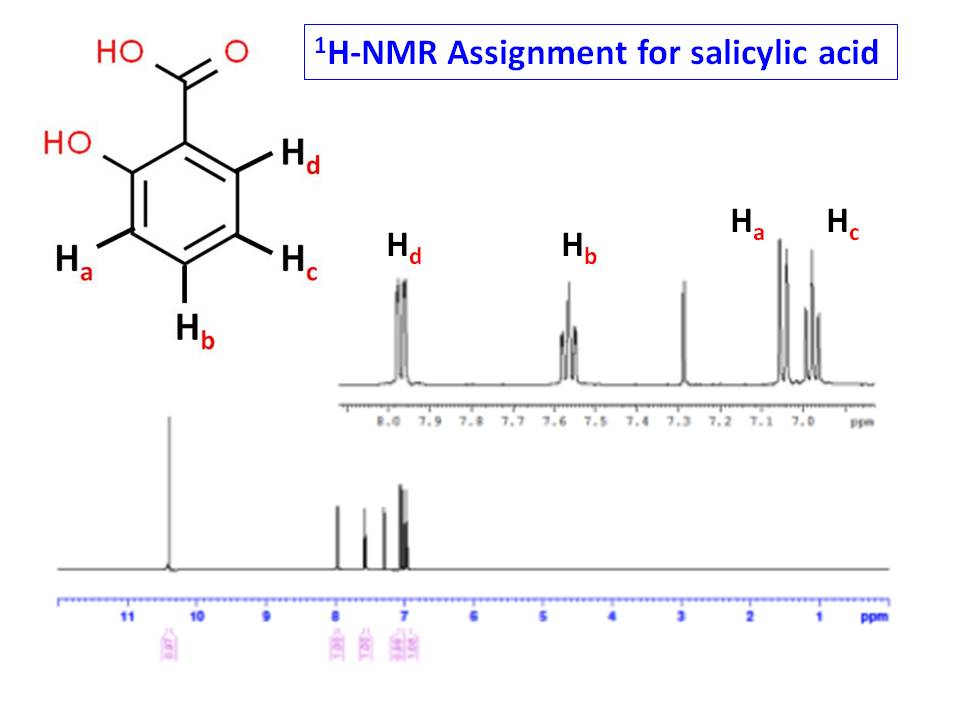 A lot of experts do not like explaining shielding-deshielding effects using electron densities around the sought atom. I agree with them, but a student of your capacity could easily related to that explanation. A good rule of thumb is o,p-directing electron donating groups (coursing positive mesomeric or resonance effect) usually shield the relevant protons at o,p-positions (inducing $\delta^-$-charge at the positions). Similarly, m-directing electron withdrawing groups (coursing negative mesomeric or resonance effect) usually deshield the relevant protons at o,p-positions (inducing $\delta^+$-charge at the positions). Accordingly, $\ce{OH}$-group shields $\ce{H_a}$ and $\ce{H_c}$ while $\ce{COOH}$-group deshields $\ce{H_b}$ and $\ce{H_d}$.

Not the answer you're looking for? Browse other questions tagged organic-chemistry analytical-chemistry nmr-spectroscopy or ask your own question.