Ask Question
Asked 8 months ago
Active 4 months ago
Viewed 37 times
-1
$\begingroup$
Closed. This question is off-topic. It is not currently accepting answers. 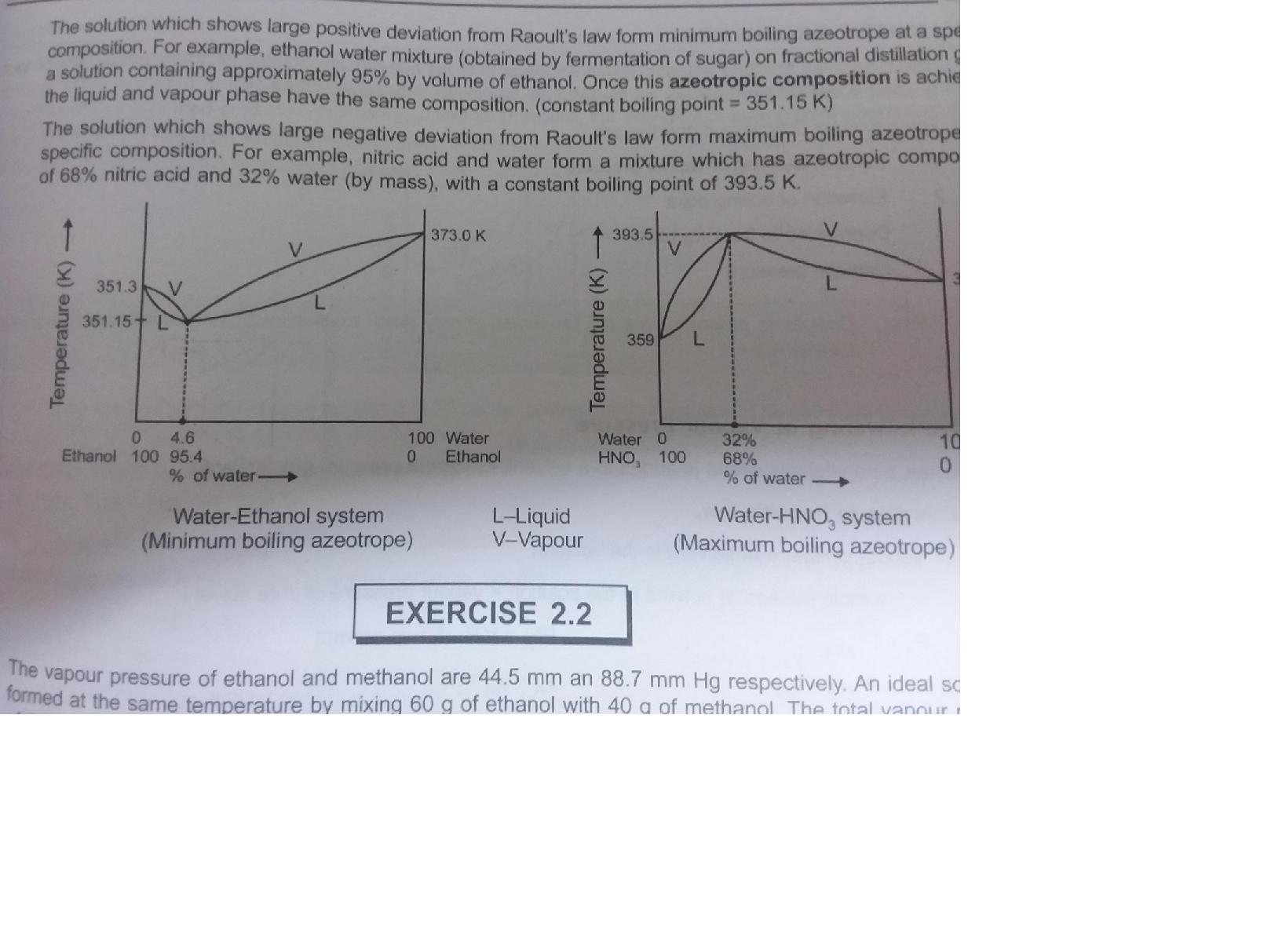 What is meant by minimum boiling azeotrope? 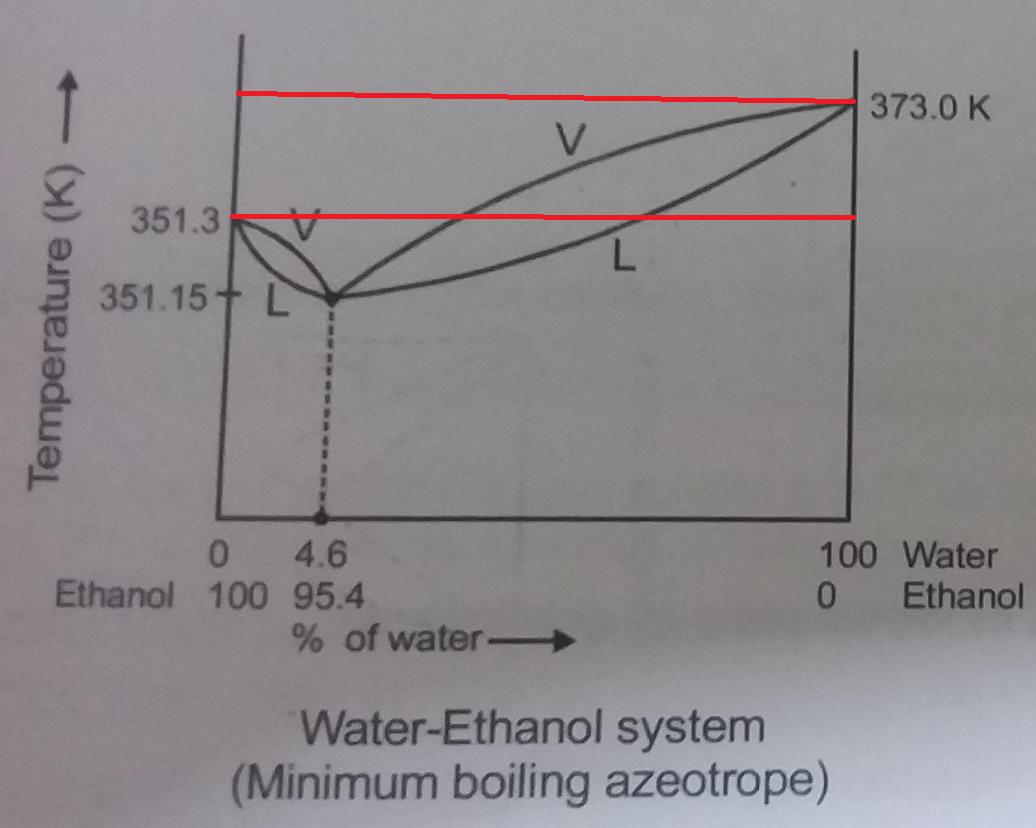 Now look at the liquid curve.

(1) As the % Water increases from 0% the curve starts down, outside of the zone defined between the two red lines. The curve can't go down forever since at 100% water the curve must reach 373 K. So between 0% Water and 100% Water there must be a minimum in the curve.

(2) Since the curve falls below the zone defined between the two red lines an azetrope must form at the minimum. Remember that if the liquid is changing composition so must the vapor.

The converse is true too. If the vapor line goes above the zone defined between the two red lines, then a maximum boiling azeotrope must form.

Not the answer you're looking for? Browse other questions tagged physical-chemistry mixtures or ask your own question.